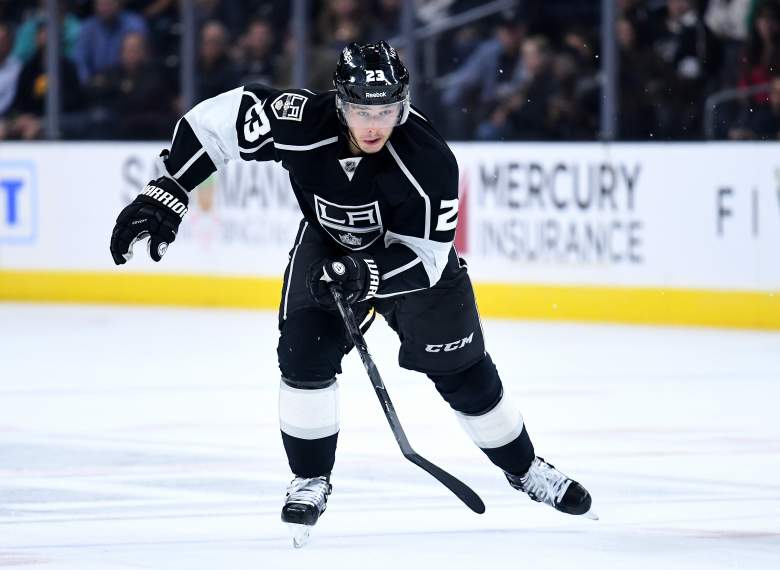 Seven contests compose the slate of games on Thursday’s NHL schedule, and while the Columbus Blue Jackets’ quest to tie the league record for the longest winning streak will be front and center of hockey fans’ attention, there are other games which will feature quality options for daily fantasy sports players.

Victor Rask/Derek Ryan/Jeff Skinner – This Carolina Hurricanes line represents a great opportunity to differentiate yourself from the rest of the players in your pool and save yourself some money for your goalie and defensemen spots. The St. Louis Blues are among the worst in the league in terms of goals against average (2.89 GAA), and this line has combined for 65 points through a combined 97 games played so far this season. This line carries a price tag of $16,400 on DraftKings and $15,900 on FanDuel.

Dustin Brown/Marian Gaborik/Anze Kopitar – In keeping with the theme of value lines, this Los Angeles Kings line has a great chance to do some damage on home ice against the Detroit Red Wings. Detroit has the same GAA as St. Louis, and while this line doesn’t have the numbers that might tempt other players, it has the potential to outproduce its price tag by a large margin during this game. This stack will cost you $14,000 on DraftKings and $14,800 on FanDuel.

Victor Hedman – With the savings from the stacks, splurging can be had on the defensive zone. Hedman is tied for the league lead in points among defensemen, and is the best defensemen in the league in terms of producing points when his team, the Tampa Bay Lightning, is on the power play. Hedman costs $7,000 on FanDuel but only $5,900 on DraftKings tonight.

Duncan Keith – Keeping in line with the theme of spending the money on defense, the Chicago Blackhawks’ premier defenseman is a good buy. Keith is second only to Hedman among defensemen in assists, and sees more ice time on average per game than Hedman. At $5,100 on DraftKings and $6,500 on FanDuel, he’s worth the money.

Devyn Dubnyk – He’s the most expensive goalie in tonight’s field, but even at $7,600 on DraftKings and $9,600 on FanDuel, he’s the best option. San Jose is 22nd in the league in goals for average, and Dubnyk’s .941 save percentage is best in the league to this point in the season. Splurge on Dubynk tonight.

Good luck to all players, and come back each day for more NHL DFS advice.

Read More
Hockey, NHL
Thursday's seven NHL games could feature a record being tied, and daily fantasy sports players will hope to make some history of their own on DraftKings and FanDuel with these picks.