FanDuel participants have nine games from which to pick their lineups, with one of the matchups being Cleveland's trip to Sacramento to take on the Kings. While the Cavaliers have three noteworthy options from a fantasy standpoint in LeBron James ($9,900), Kyrie Irving ($8,000) and Kevin Love ($7,700), Sacramento has just one. That player is none other than center DeMarcus Cousins, who has a salary value of $10,100 and is averaging 48.6 FanDuel points per game. But after producing at least 47.8 FanDuel points in five consecutive games, Cousins has battled inconsistency over his last four contests.

Cousins' FanDuel point totals in his last four games were 29.2, 54.7, 37.5 and 49.6. One reason for the volatility in his numbers has been the decrease in free throw attempts. Over his last four games Cousins is averaging 7.5 free throw attempts per game; for the season he's averaging 9.5 attempts per game. That may not seem like much, but it adds up when combined with Cousins shooting less than 37 percent from the field in two of the aforementioned four games. Cousins is a presence that Cleveland will certainly have to account for Friday night, and the key for both sides will be the foul line. If Cousins can get there at solid rate, his chances of having a good night improve greatly.

Here are our FanDuel picks for Friday's games, using the rules of a nine-player roster and a $60,000 salary cap. (Getty) 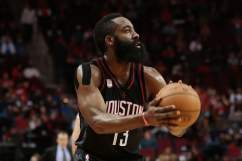