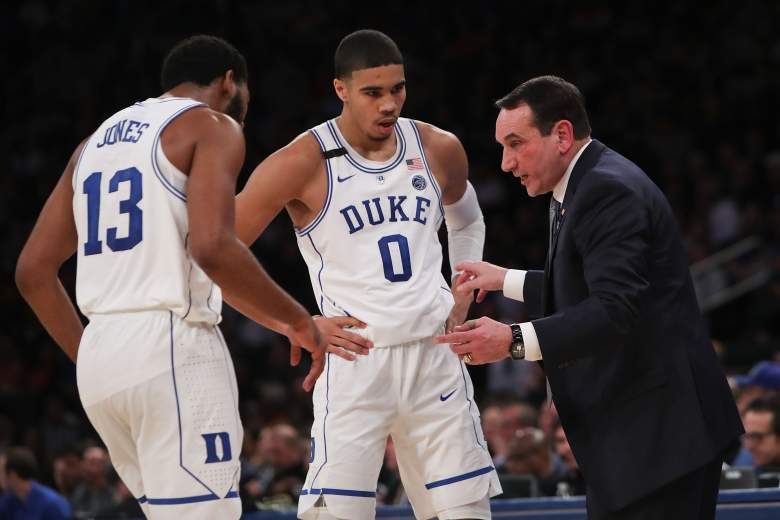 Monday morning it was announced that the Duke men’s basketball program will be without its leader, head coach Mike Krzyzewski, as the Hall of Fame coach will undergo lower back surgery. Krzyzewski, who underwent hernia surgery this offseason, will coach the team Wednesday night against Georgia Tech and is expected to miss four weeks before returning this season.

While Krzyzewski is recuperating associate head coach Jeff Capel will be in charge, with his first game coming at home against Boston College on January 7. Here’s what you need to know about Capel and his coaching career to date. 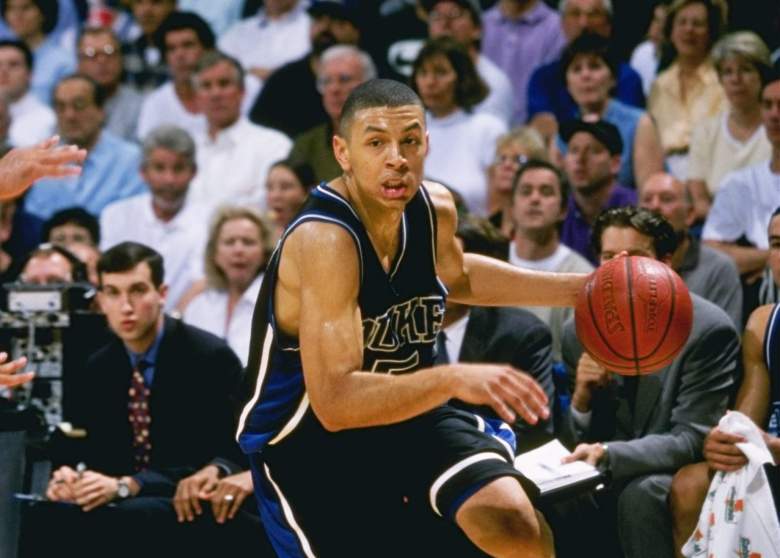 Capel during his senior season in 1997 (Getty)

Capel was one of four freshmen to join the Duke basketball program ahead of the 1993-94 season, with senior forward and two-time national champion Grant Hill being the team leader. With Hill leading the way Duke reached the national title game, where they lost to Arkansas by the final score of 76-72. Capel, who scored 14 points in the national title game, averaged 8.6 points, 3.2 assists and 2.7 rebounds per game as a freshman.

For his four-year career in Durham, Capel averaged 12.4 points, 3.4 assists and 3.0 rebounds per game. Capel finished his Duke playing career with 1,601 points, which entering the 2016-17 season ranked 25th on the school’s all-time list. And his career mark of 220 made three-pointers is just outside of the top ten for the most made in Duke history.

2. Krzyzewski Took a Leave of Absence During Capel’s Sophomore Season

Fresh off of their fourth national title game appearance in five seasons, the 1994-95 Blue Devils were faced with the question of how they would account for the graduation of Grant Hill. What complicated matters was the health of their head coach, with complications from surgery on a ruptured disk in his back performed in October 1994 forcing Krzyzewski to take a leave of absence from the program for the remainder of the 1994-95 season. At the time the decision was made, Duke was 9-8 overall and 0-6 in the ACC, with then-assistant Pete Gaudet being named the interim head coach.

The Blue Devils finished that season with a 13-18 overall record, going 2-14 in ACC play. During his sophomore season, Capel averaged 12.5 points, 4.1 assists and 2.7 rebounds per game. In what was largely a forgettable season Capel provided a moment that many basketball fans still remember to this day, as his shot from just inside of half court forced a second overtime against rival North Carolina on February 2. The Blue Devils would go on to lose that game 102-100 in double overtime.

3. Capel Has Been a Division I Head Coach at Two Programs 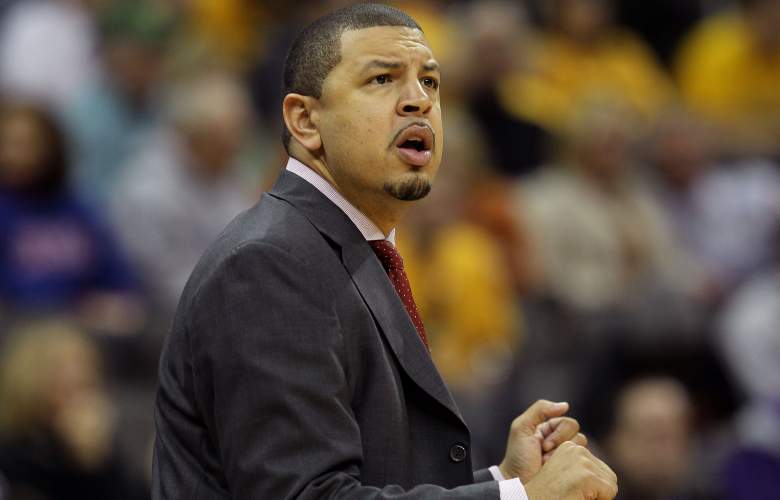 With nine seasons of Division I head coaching experience, Capel is the most experienced member of Krzyzewski’s coaching staff with all three assistants having played at Duke (Nate James and Jon Scheyer being the others). Capel got his start as a coach under his father at Old Dominion in 2000-01, which was Jeff II’s final season as the school’s head coach. From there, Jeff III would move on to VCU to join Mack McCarty’s staff. After the 2001-02 season, in which VCU won 21 games and reached the title game of the CAA tournament, McCarthy stepped down with Capel being promoted to replace him.

Capel would win 79 games in four seasons at VCU, leading the Rams to 23 wins and an NCAA tournament appearance in 2004. After winning 19 games in each of the next two seasons Capel made the move to Oklahoma in he spring of 2006, where in five years at the helm he led the Sooners to two NCAA tournament appearances which included a run to the Elite Eight in 2009. But things would come crashing down shortly after that Blake Griffin-led team went 30-6, with Oklahoma posting records of 13-18 and 14-18 the next two seasons. Capel’s time at the school came to an end in 2011, with a lack of sustained success being the biggest reason why. An NCAA investigation into rules violations by a member of that 13-18 team (forward Keith “Tiny” Gallon) ultimately resulted in all 13 wins being vacated. It should be noted that Capel was not implicated in the rules violations. 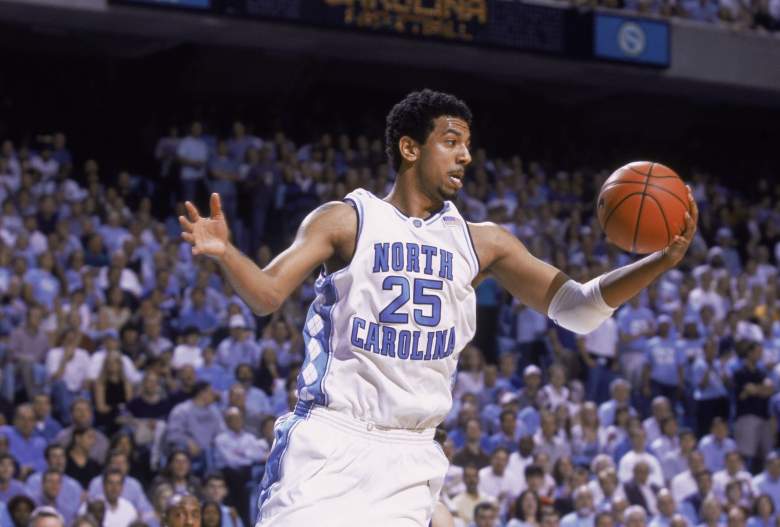 Capel is a coach’s son, with his father Jeff II being a college head coach at three different programs. The elder Capel led programs at Fayetteville State (1989-93), North Carolina A&T (1993-94) and Old Dominion (1994-2001), tallying 201 wins and 162 defeats in his head coaching career. Jeff II led Old Dominion to two NCAA tournament appearances, one of which being the 1995 team that stunned Big East tournament champion Villanova in the first round of that year’s NCAA tournament. And during his time at Fayetteville State (his alma mater) Jeff II coached guard Darrell Armstrong, who would go onto have a lengthy NBA career. Jeff II also had coaching stints in the NBA D-League (Fayetteville Patriots, head coach) and NBA (assistant with the Charlotte Bobcats (now Hornets) and Philadelphia 76ers). On January 25, 2017, Jeff III revealed in a story for The Players Tribune that his father was diagnosed with ALS in the spring of 2016.

Jeff III’s younger brother Jason also got a taste of the Duke/North Carolina rivalry, but instead of playing at Duke Jason attended UNC. Jason played four seasons at North Carolina from 1998-2002, averaging 12.1 points, 6.7 rebounds and 2.7 assists per game over his college career. Jason would go on to coach at the Division I level, spending one season as an assistant at Appalachian State (2009-10) and then spending four seasons as the program’s head coach from 2010-14.

5. Jeff’s Wife is a Law Professor at Campbell University 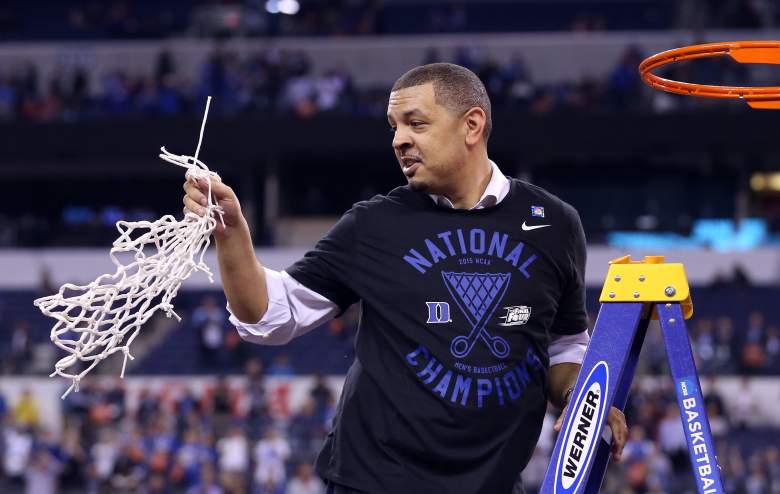 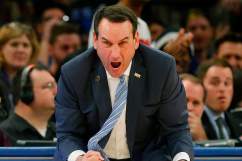