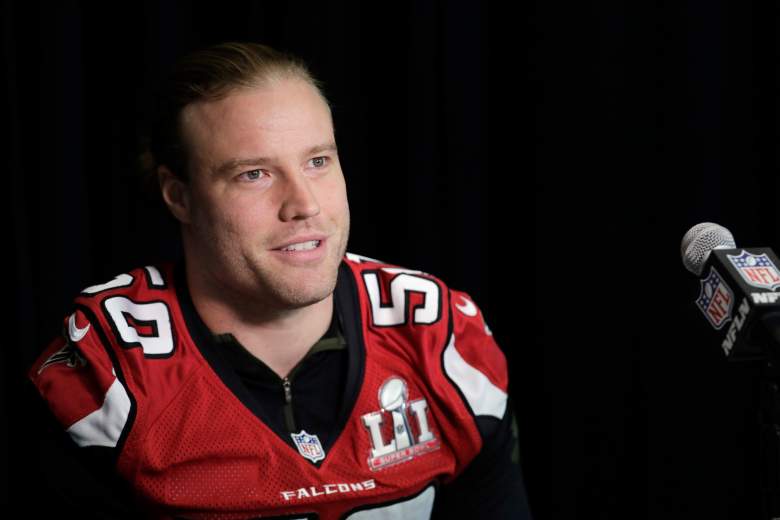 Brooks Reed, defensive end for the Atlanta Falcons, is getting ready to perform in the Superbowl two years after signing with the team.

Here’s everything you need to know about Brooks Reed ahead of Super Bowl LI.

1. He Was a Running Back at Sabino High School 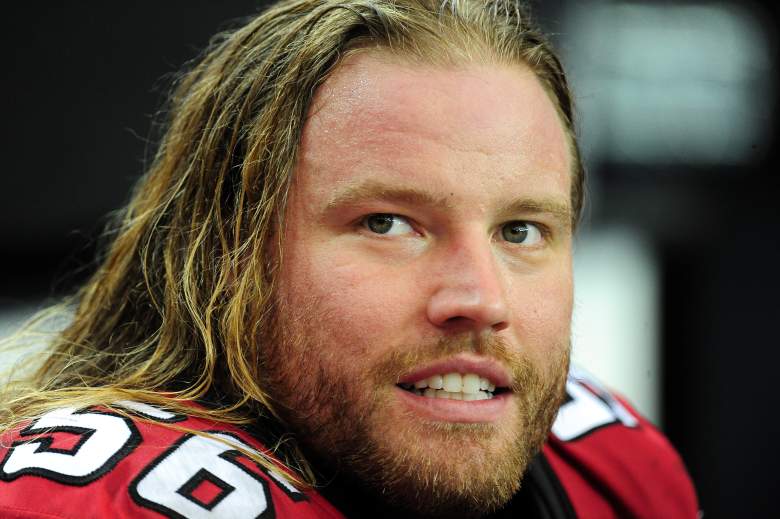 Brooks Reed sits on the bench during the first half against the Minnesota Vikings at the Georgia Dome on November 29, 2015 in Atlanta, Georgia. (Getty)

Brooks Reed was born in Tuscon, Arizona on February 28th, 1987, and he attended Sabino High School in Tucson.

While there, Reed was a running back and defensive lineman for the school’s football team, the Sabino Sabercats.

According to MaxPreps, Reed finished in his time at Sabino High School with 759 running yards, with an average of 30.4 yards per game.

2. He Played on the Arizona Wildcats at the University of Arizona 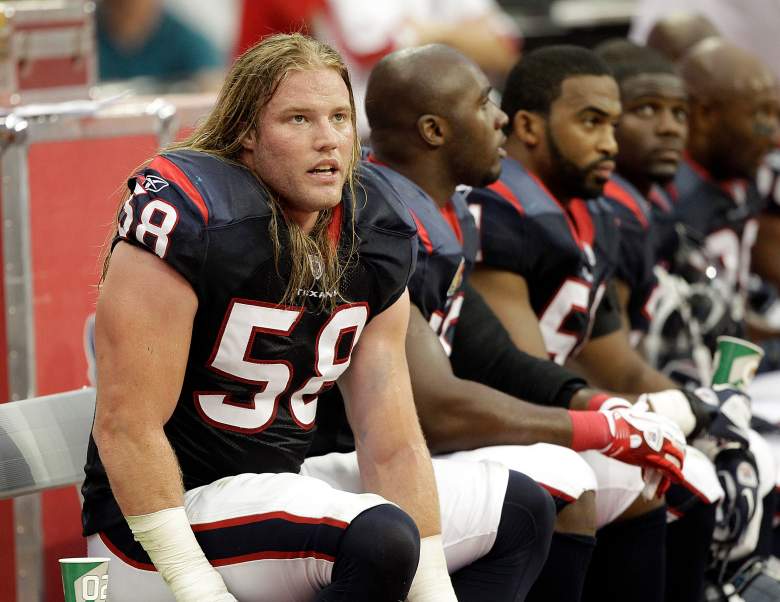 Brooks Reed looks on from the bench area during a football game against the Oakland Raiders at Reliant Stadium on October 9, 2011 in Houston, Texas. (Getty)

After graduating from Sabino High School, Reed attended the University of Arizona and played defensive end for the Wildcats.

According to KVOA, while at the University of Arizona, Reed recorded 87 tackles and 15 sacks. During the 2013 season specifically, he started all 13 Wildcats games and finished with 47 tackles.

At the PAC-12 Conference in 2011, Reed won the Tom Hansen medal, which is given to “each member institution’s outstanding senior male and female student-athlete based on the exhibition of the greatest combination of performance and achievement in scholarship, athletics and leadership.” 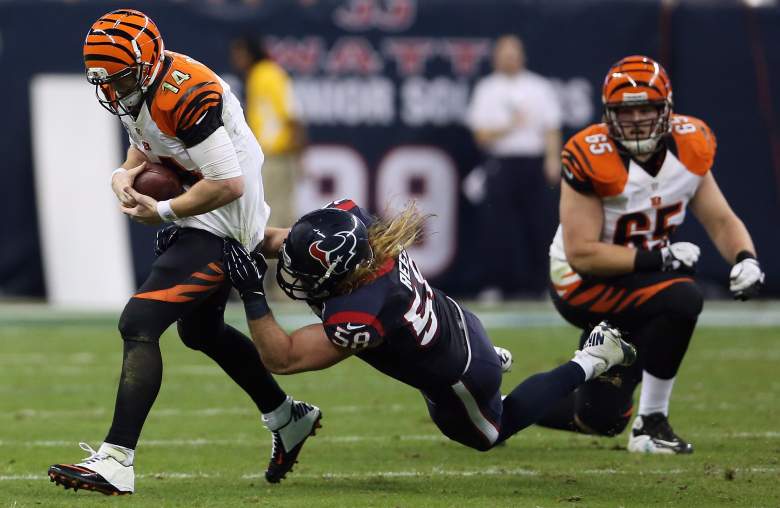 Andy Dalton of the Cincinnati Bengals is tackled by Brooks Reed of the Houston Texans during the AFC Wild Card Playoff Game at Reliant Stadium on January 5, 2013 in Houston, Texas. (Getty)

In the 2011 NFL Draft, Reed was drafted to the Houston Texans. He was the 42nd pick overall, being selected in the second round and joining the team as a outside linebacker.

At the end of his career with the Houston Texans, Reed had recorded 118 tackles, 51 assists and 14.5 sacks. 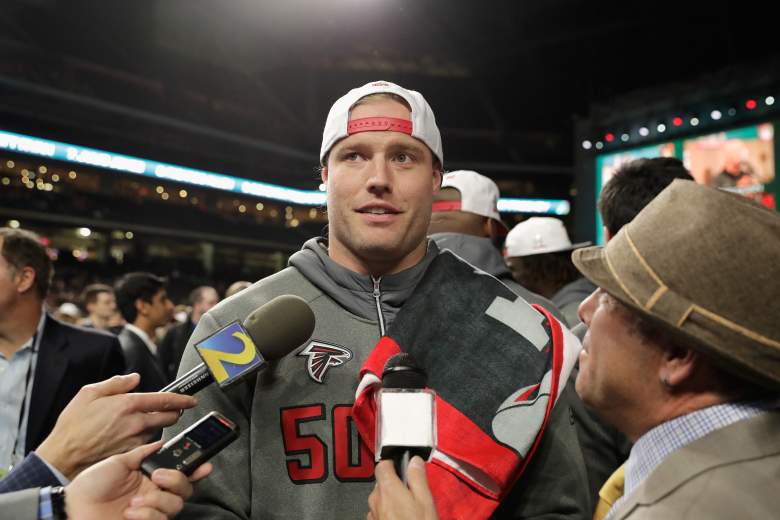 Reed’s five-year contract with the Houston Texans ended in 2015, and just days later, it was announced that Reed had signed with the Atlanta Falcons.

Ian Rapoport of NFL Network reported at the time that Reed had signed a five-year, $25 million deal with the team.

Reed took to Twitter that week to thank Houston for the support.

Houston, I will never forget the hospitality, support & relationships formed over the past 4 years from this wonderful city. I will miss you

5. He Is Married to Natalie Petratis

Happy two year engagediversary, my love! I am so lucky to be your wife. #Repost @brooksreed50 ・・・ "I pretty much knew what her answer was going to be, but I asked anyways. #engaged"

Brooks Reed’s wife is Natalie Petratis. The two were engaged in 2014, with the marriage proposal planner The Heart Bandits saying that Reed rented out an opera house and hired a pianist to sing Van Morrison’s “Someone Like You” as they slow danced and he popped the question. They then flew in a helicopter over the stadium Reed played in at the time.

Brooks and Natalie were engaged in November 2014, and the wedding took place in May 2015.

Happy two year engagediversary, my love! I am so lucky to be your wife. #Repost @brooksreed50 ・・・ "I pretty much knew what her answer was going to be, but I asked anyways. #engaged"

Back to the place where it all started… Houston bound, rise up!

A VERY Happy Birthday to my beautiful wife @npetratisreed, I love you!

Happy anniversary to the love of my life! @npetratisreed I love you so so much!

Visiting this stud at camp // or what I like to call "bring your wife to work day". Proud of you 5️⃣0️⃣❣

"Baby it's cold ouuuuttsiddeeee"…. so I'll just stay here on your back. Thanks. ?