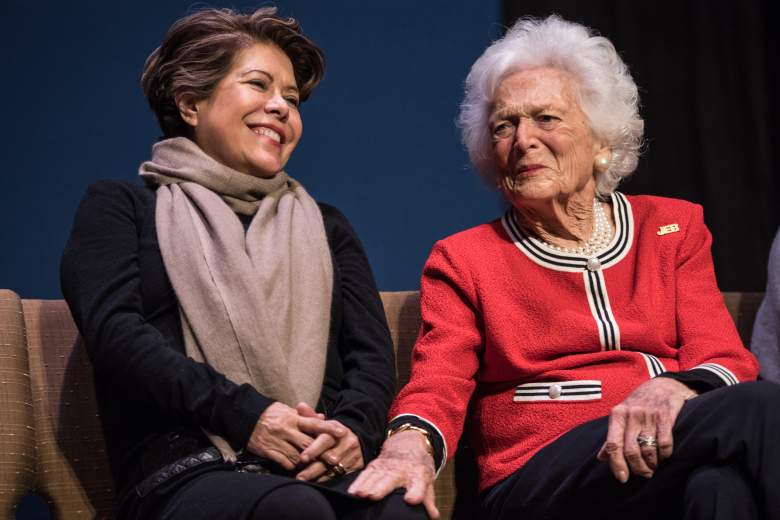 Former First Lady Barbara Bush is leading the Super Bowl coin toss today with her husband, 41st President of the United States George H.W. Bush. How old is Barbara Bush now? And how is her health, after being hospitalized so recently?

Barbara Bush is 91 years old. She recently suffered a health scare. She and her husband, George, were hospitalized at the same time. George Bush was hospitalized for pneumonia. They were admitted in mid-January. She was discharged on January 23, before her husband.

A statement from the Bush family spokesman on the afternoon of January 18 said: “Mrs. Bush was admitted to the Houston Methodist Hospital this morning as a precaution after experiencing fatigue and coughing.”

Since then, they’ve made a fast recovery and are in good enough health to oversee the big Super Bowl coin toss today.

President and Mrs @GeorgeHWBush thank their fellow Americans and friends from around the world for their prayers and good wishes. pic.twitter.com/PhpXXGKl6p

Read More
Breaking News, NFL, Super Bowl
How old is Barbara Bush? How is her health? Find out how she's doing and how she could lead the Super Bowl coin toss so soon after being hospitalized.