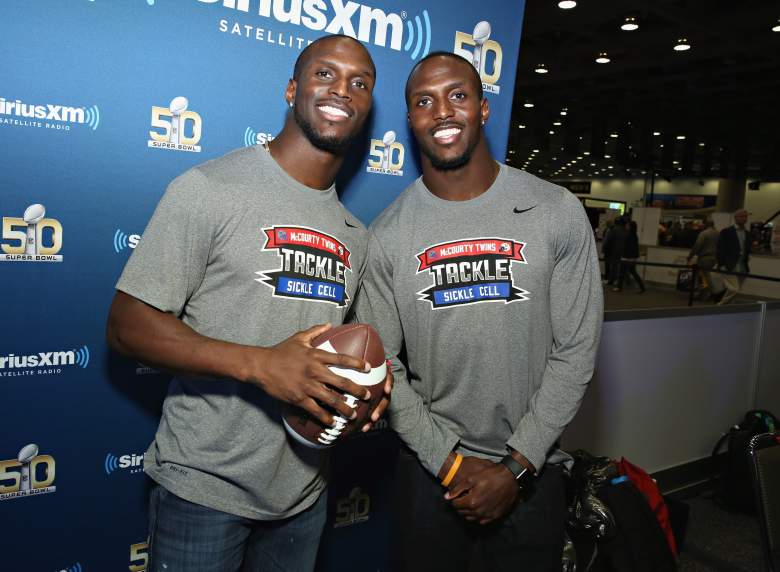 Jason McCourty of the Tennessee Titans and Devin McCourty of the New England Patriots visit the SiriusXM set at Super Bowl 50 Radio Row at the Moscone Center on February 4, 2016 in San Francisco, California. (Getty)

Devin McCourty has an identical twin brother, Jason McCourty. While Devin prepares to play in the Super Bowl with the New England Patriots, his twin brother will be cheering him on. They’re both NFL players and have always had each other’s back, even though Jason can’t help but be a little jealous of his brother.

1. Jason and Devin Both Played Cornerback in College 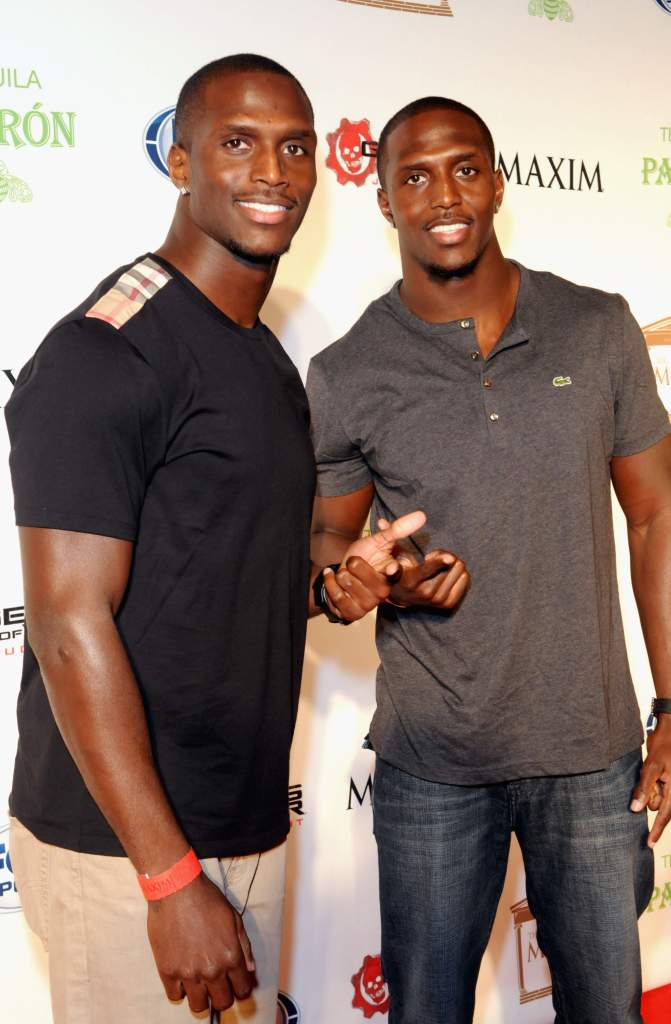 While in college, Jason and Devin both played cornerback for Rutgers University. Jason started three years as cornerback, ending with 148 tackles, two interceptions, 20 pass breakups, and second in kickoff returns. He left for the Tennessee Titans while Devin was still playing for Rutgers. Both had impressive college careers.

2. Jason Was Drafted Before Devin 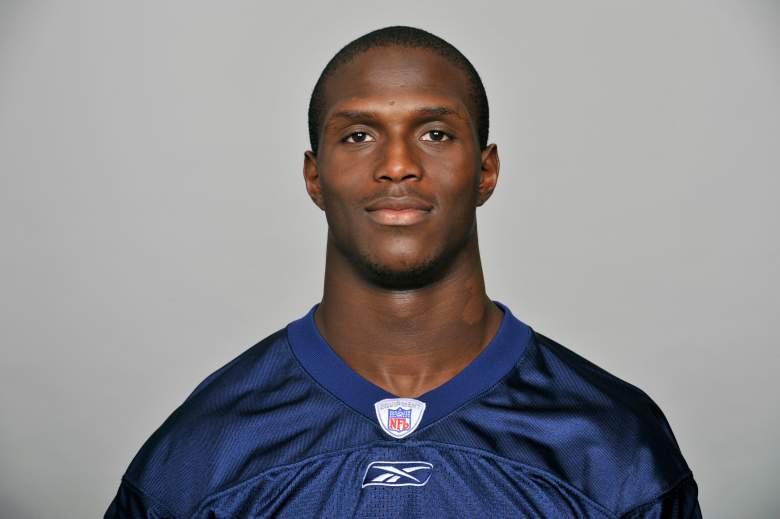 Jason McCourty of the Tennessee Titans poses for his NFL headshot circa 2011 in Nashville, Tennessee. (Getty)

Jason plays cornerback for the Tennessee Titans, while Devin has played bothy safety and cornerback for the Patriots. But Jason was actually drafted before Devin. In the 2009 NFL Draft, Jason was drafted in the sixth round. He was the second player drafted from Rutgers. He made his first start on October 2, replacing an injured Cortland Finnegan. His first career interception was in week three of the 2010 NFL season, against the New York Giants. In 2012, he signed a six-year, $43 million contract extension, with $20 million guaranteed.

3. Devin Said that Jason Helped Him Get Drafted in the First Round in 2010 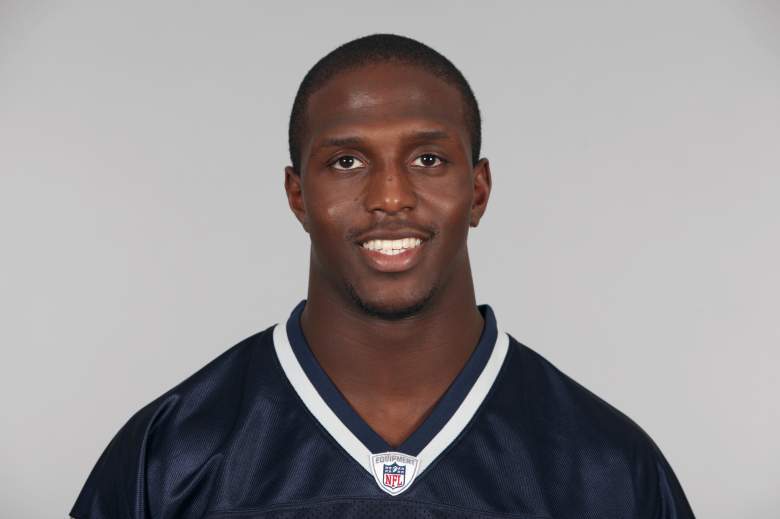 Devin McCourty of the New England Patriots poses for his NFL headshot circa 2011 in Foxborough, Massachusetts. (Getty)

Devin wasn’t drafted until 2010, when he was drafted by the New England Patriots in the first round. On July 28, 2010, he signed a five-year contract. His first career interception was against the Chargers on October 24, 2010. Interestingly, his twin Jason’s first career interception was also in 2010. In 2015, he was signed to a new five-year contract for $47.5 million, including a $15 million signing bonus and $7 million guaranteed. Devin has said that Jason’s help was one of the reasons he was drafted in the first round in 2010.

4. Jason’s Married and Has Two Children

Jason is married to Melissa McCourty. You can see a video of their wedding trailer above. They have two children. Devin is married to Michelle Powell. They were just married in 2016.

5. Jason Says He’s a Little Jealous of Devin, But They Always Have Each Other’s Backs 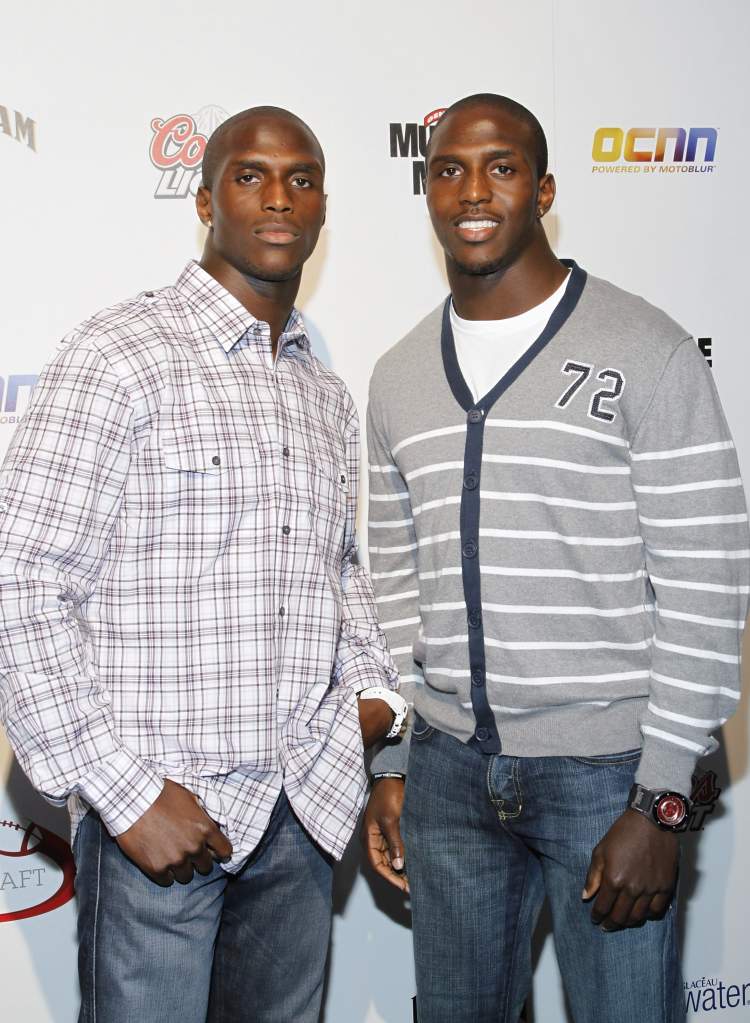 Jason and Devin may always have each other’s backs, but that doesn’t mean Jason isn’t a little jealous of his brother’s success. In an article he wrote for MMBQ, he talked about how this time of year can be difficult, as he watches his brother’s success and feels a little jealous. He said he’s very thankful for everything in his life and he’s very happy for Devin, but he’s always a little envious too. He wrote in 2015:

But every year, a part of me simmers with envy… I saw what it looked to come within striking distance of the ultimate goal. Those smiles, that feeling—I wanted to experience that, too… Six years of losing has definitely taken a toll, but I’m determined to continue to work hard and help my team achieve our goals.”

Devin and Jason have always been competitive, he said, but they root hard for each other too. No matter what, they have each other’s backs and are best friends. He told The Tennessean in 2015 that his brother had been really disappointed when he didn’t get the ring, and he was rooting for Devin to win the Super Bowl. And today, he’ll be rooting for his brother again.

Read More
Football, NFL, Super Bowl 2017
Jason McCourty, Devin's twin brother, will be cheering him on at the Super Bowl today. See photos of the NFL brothers and learn more about Jason here.