New England Patriots offensive coordinator Josh McDaniels is hoping to add another Super Bowl ring to the five he already has, as he helps guide the team against the Los Angeles Rams in Sunday’s Super Bowl LIII.

As the Patriots offensive coordinator and quarterbacks coach, McDaniels oversees one of the NFL’s most powerful offenses. He has done it for so long at such a consistent level that he has always been at the top of teams’ lists when they are looking for a new head coach.

McDaniels’ lone head coaching opportunity professionally came from 2009-2010 as the coach of the Denver Broncos. After the short stint, he was the offensive coordinator of the St. Louis Rams before returning to New England in 2012.

Josh and his wife, Laura, have built a large family since they got married in 2002. According to CelebrityNetWorth.com, the McDaniels family has an estimated net worth of $6 million.

1. The Couple Met in Ohio & Has 4 Children Together

Laura met Josh back in 2000, when they both worked for FiberTech, a plastics company in Cleveland, Ohio. The company bills itself as the “complete plastics solution for material handling and storage, including custom rotational molding, repair, and recycling.

Josh told The Repository that he worked in Cleveland for a guy that he went to school with at John Carroll.

“I always knew I was going back into football. It was a hiatus until I figured out where I was going,” he added.

Two years after meeting, McDaniels and his lady love tied the knot. They are proud parents of four children: Jack, 12, Maddie, 10, Livi, 6, and Neenah, 3.

In 2016, Laura McDaniels told Bleacher Report that her husband is able to focus on his kids, no matter the stress his job creates.

“This line of work can swallow you up. But when he’s with the kids, he can stop what he’s doing and talk about the school dance. That wasn’t easy for him. He’s worked on it and still is working on it. I think he has changed,” she told the outlet.

She and McDaniels moved from Massachusetts to Denver, Colorado, and then on to St. Louis, Missouri, before McDaniels returned to New England in 2012. The couple currently lives in Westwood, Massachusetts, a town that is about 30 minutes south of Boston and 20 minutes from Foxborough.

2. She Is a Huge Fan of Pilates & Has a Studio in Her House

Laura McDaniels loves to stay fit and her exercise of choice is pilates.

Pilates is similar to yoga but focuses on strengthening different areas of the body, such as the abs. Doing pilates can improve a person’s overall physical strength and flexibility. It can also cause improved posture.

Shortly after moving to Massachusetts, Laura’s husband got her a pretty awesome birthday gift — he had a pilates studio built in their home.

“Four hours after beginning the assembly, my home pilates studio is finished!!!! Thank you to my hubby for a great birthday gift. Only two things missing – of course, the ladder barrel and one of my bestie’s Molly to keep me pushing myself. If anyone is looking for me tomorrow, I will be busy scooping and getting this awesome equipment broken in,” she wrote on Facebook back in August 2012.

3. She Visited Breast Cancer Patients & Does Other Charity Work

The Patriots Charitable Foundation organized a trip for its volunteers to “pamper” breast cancer survivors in October 2015.

The players’ and coaches’ wives got to know the survivors and gave them a complimentary spa treatment. It consisted of massages, manicures and also nutrition/fitness advice at Gillette Stadium.

Laura, who was part of the visit, said, “I’m inspired. I’m motivated to do more. Each of their stories are very unique and heartwarming.

4. She Was the Subject of Rumors Involving Peyton Hillis 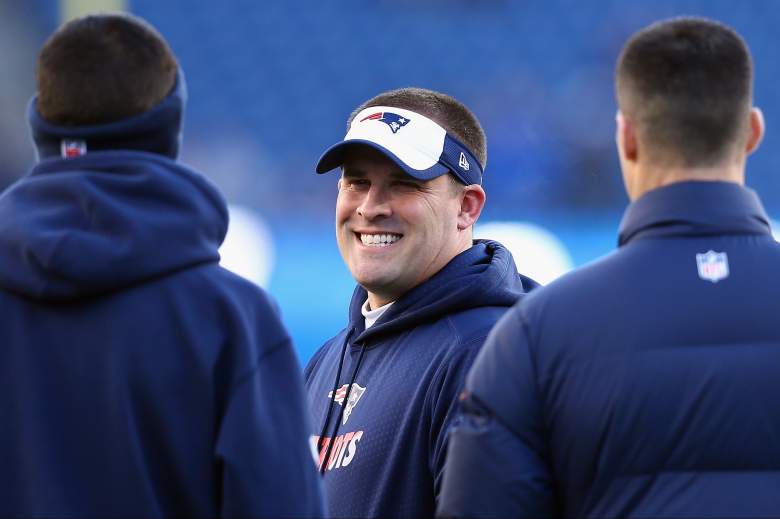 According to former Denver players Mark Schlereth and Alfred Williams, McDaniels had running back Peyton Hillis traded when he coached the Broncos because Hillis allegedly “hit on his wife.”

The trade, and the alleged reason behind it, is the talk of message boards all around the internet, with posts entitled “Peyton Hillis attempted to bang Josh McDaniels wife was the reason for lack of playing time,” asking questions like “Was Peyton Hillis trying to dip his pen in the company ink?”

Schlereth said on a radio interview that it was “common knowledge” that Hillis hit on Laura. The running back was shipped out of Denver in favor of quarterback Brady Quinn in the trade.

Mrs. McDaniels is very supportive of her husband and his career. She has been on-hand for plenty of games at Gillette Stadium in Foxborough, Massachusetts.

She was also in Houston to watch the Patriots take on the Falcons in Super Bowl LI last year. Laura was with McDaniels’ family, watching from the stands at NRG Stadium. She was able to celebrate with the team — and her husband — after they beat the Falcons 34-28.