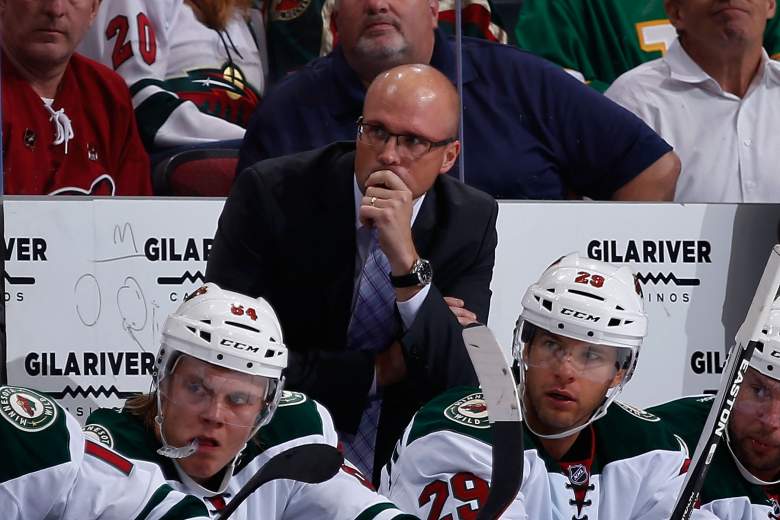 The St. Louis Blues accelerated their plans on Wednesday, relieving Ken Hitchcock of his duties as the team’s head coach and promoting associate head coach to fill that vacancy.

Read on to learn all about Yeo, including his life on and off the ice. Here are five fast facts about Yeo:

1. Yeo Was Fired as Head Coach of the Minnesota Wild Less Than a Year Ago

On February 14, 2016, Yeo’s tenure of four-plus seasons as the head coach of the Minnesota Wild came to an end. He compiled a regular-season winning percentage of .496 with Minnesota, but it was his postseason record of 11-17 and failing to take the Wild to the Western Conference semifinals in three consecutive seasons that ultimately did him in.

In June of 2016, Yeo, 43, was hired by St. Louis as the team’s associate head coach with a four-year contract. The plan back then was to have Yeo work underneath now-former head coach Hitchcock for the duration of the current season, then take over as the Blues’ head coach for the 2017-18 season. Between being fired in Minnesota and hired in St. Louis, Yeo interviewed for head coaching jobs with the Anaheim Ducks and Calgary Flames.

2. Yeo Went on a Tirade and Left Practice Early Once with the Wild

During a January 2015 practice, Yeo lost his cool out of frustration with his team. As a result, he went on a profanity-laden rant and left the practice early.

Yeo stopped the practice and pulled the team into a huddle, according to Mike Russo of the Minneapolis Star-Tribune. After further disgruntlement with the team’s practice, Yeo had the team line the width of the ice and had them skate the length of the ice repeatedly.

After that, Yeo again gathered the team together, but this time for a much more drawn out speech.

Yeo slammed his stick on the ice while excitedly speaking to the team using profanity, then left the practice while assistant general manager of the Wild, Brent Flahr, looked on.

Toronto native Yeo played left wing in the minors for 10 seasons, rising to the AHL’s Wilkes-Barre/Scranton Penguins before moving to the booth and becoming a coach.

Yeo began his playing career in the 1990-91 season with the Ontario Hockey League’s Sudbury Wolves. After playing 190 games in four seasons with Sudbury, Yeo moved to the International Hockey League’s Houston Aeros. Yeo would remain in Houston through the 1998-1999 season, where he became the franchise’s all-time leader in major penalties, then spend his final season with Wilkes-Barre/Scranton.

Yeo began his coaching career with the Penguins in the 2000-2001 season, staying in his assistant role before getting an assistant job with the NHL’s Pittsburgh Penguins for the 2006-07 season. Yeo returned to Houston for the 2010-11 season as the Aeros’ head coach, taking his team to the AHL Finals. Yeo was then hired by Minnesota the following off-season, making him the youngest head coach in the NHL at 38.

Yeo’s best season statistically as a player was the 1993-94 season with Wilkes-Barre/Scranton, in which he totaled 66 points and scored 34 goals.

4. Yeo Maintains His lake home in Ontario for the Off-Season

The son of a teacher and a police officer, Yeo returns to his native Ontario during the off-seasons to fish and be with his family, which consists of his wife, Tanya, and two children: daughter, Braeden and son, Kyler. The couple met in Sudbury during Yeo’s first season with the Wolves.

Kyler played hockey in high school in Woodbury, Minnesota and hoped to play in the junior leagues after graduation. Braeden also played for East Ridge’s girls’ team in high school, and Yeo helped coach both teams during the off-seasons.

In 2014, Yeo partnered with several of his players and the Wild Foundation to put on the first “Mike Yeo Classic” bass fishing tournament. The event raised funds to benefit the Angel Foundation and the Miracles of Mitch Foundation, both of which provide assistance to families of pediatric cancer patients.

Though Yeo participated, his team finished last in the final standings for the competition, catching just 6.14 pounds of bass on the day.

The Blues are hoping that he will be more successful as their head coach than he was that day on the water. 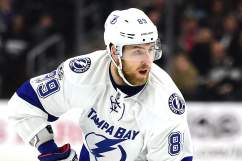 Read More
Hockey, NHL
The St. Louis Blues have promoted Mike Yeo to head coach, hoping that the fiery coach can turn around a disappointing season.