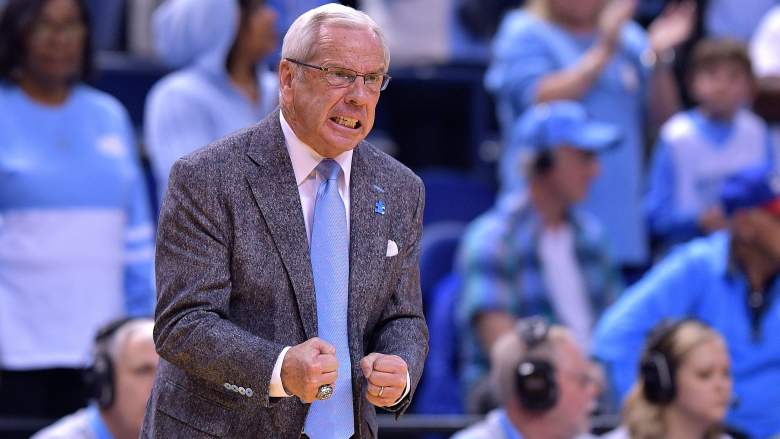 With three losses in its last four games, No. 14 Virginia desperately needs to a victory to remain in the jam-packed ACC title race. Unfortunately for Tony Bennett and the Cavaliers, up next is a trip to Chapel Hill to face No. 10 North Carolina.

While Virginia is stumbling, the Tar Heels are coming off a 24-point win at NC State to remain alone atop the conference, making them the unquestioned favorites at home.

Here’s a preview of the Top-15 matchup:

North Carolina’s offensive identity is simple: dominate the interior. Led by an imposing frontcourt of Kennedy Meeks, Isaiah Hicks, Theo Pinson and Tony Bradley, the Heels are first in the nation in offensive rebounding percentage and 34th in highest percentage of points that come from two-point field goals.

Of course, if there’s one team able to counter that style, it’s Virginia, who ranks fourth nationally in defensive rebounding percentage and whose pack-line defense limits opponents to 44.1 percent shooting from inside the arc, the 27th lowest mark in the country.

When these teams met in the ACC tournament final last year, the Cavaliers held Carolina to just five offensive rebounds, but the Heels were able to shoot a blistering 21-of-35 (60 percent) from inside the arc to secure the 61-57 victory.

Ultimately, while Virginia has the defense to limit the Heels in what they like to do, you also have to factor in the Cavaliers’ recent struggles, as well as the fact that this is being played at the Dean Smith Center, where UNC has yet to lose this season.

The Hoos’ style will keep this one close, but Carolina has an enough offensive firepower to secure the victory in the end.