At 6:30 p.m. ET/3:30 p.m. PT, Super Bowl 51 kicks off and there are several big names appearing at the event. Country singer Luke Bryan is set to deliver The National Anthem, which pop star Lady Gaga performed last year. Now, Gaga is the headliner for the 2017 halftime show and she has described the experience as a “dream come true.” There have been rumors of surprise guest performers, as well as conflicting reports that Gaga will carry out the show solo. News has also spread about Gaga performing on the roof of the stadium. Get all the facts on what to expect, along with the rumors that have been swirling, in our 5 Fast Facts below.

1. Gaga Will Be Suspended From the Stadium Roof

Houston, you are beautiful. ?

There were rumors that Lady Gaga would perform on the roof of the stadium for the Super Bowl, but only recently did Gaga confirm the rumors to be true. During an interview with Mix 104.1 radio show Karson & Kennedy, Gaga revealed that it was her younger sister Natali Germanotta’s idea. Gaga stated:

My sister was like, ‘I know, let’s suspend you in the air!

Gaga also dished about the process of putting the show together, saying:

There’s a lengthy process to go through, meeting with the NFL and sort of applying and discussing what you would do in the first place. I think that part of how they decide who is going to come and do the halftime show is based on our ideas and what we want to do … They were really excited about the show we wanted to put on. They’ve been super supportive. They’ve been there every day at the rehearsal space with us, cheering me on as we rehearse.

Lady Gaga will reportedly be suspended from the stadium roof and we’re thinking she may eventually end up on the field, but we’ll have to see how the performance goes.

2. Dancers Were Handpicked By Gaga to Be a Part of the Show

Gaga is known for crazy outfits and entertaining performances. When talking about her ensemble choice for her performance, The NY Times reports her saying:

There will be no meat dress there, so don’t wait for that. Get excited to see something that you haven’t seen before.

As for the entertainment aspect of the show, Gaga actually put up a large tent in her backyard for her dancers to rehearse in, while preparing for the big event. Dancers have been shown learning choreography to Gaga’s song “Bad Romance” on her Instagram page. In addition, her choreographer Richy Jackson, stated on his Instagram profile that each of the dancers in the halftime performance were hand-picked.

The Chicago-Sun Times reports that Gaga says her performance will be tremendously athletic and promises:

This performance is for everyone. I want to, more than anything, create a moment that everyone that’s watching will never forget.

3. Tony Bennett Is Reported to Be Introducing Gaga

It's not an illusion. The rumors are true. This year the SUPER BOWL goes GAGA! @nfl @foxtv @pepsi #PERFECTILLUSION #GAGASUPERBOWL

Tony Bennett is reported to be introducing Lady Gaga’s performance at the Super Bowl, according to The NY Times. This is said to be happening via a video message prior to her set. In an interview with Us Weekly, Gaga talked about her performance and said that:

I don’t want to say anything or give away anything specifically about what you will see during the halftime show because I don’t want to ruin the surprise for everyone else. But I will tell you that it’s going to be fantastic.

She also stated that Tony Bennett is “the best” and that if he were involved in the show it would be great.

4. Fans Are Speculating That Gaga Will Incorporate Politics Into Her Set

When asked in a press conference about political influences in her Super Bowl performance, The New York Times reports Gaga saying:

The only statements that I’ll be making during the halftime show are the ones that I’ve been consistently making throughout my career. I believe in a passion for inclusion. I believe in the spirit of equality, and that the spirit of this country is one of love and compassion and kindness. My performance will uphold those philosophies.

I don’t know if I will succeed in unifying America. You’ll have to ask America when it’s over.

Prior to the election, Gaga spoke out about Donald Trump and she also has supported the Women’s March. There were previously rumors that Gaga had been instructed to not talk about politics in her halftime performance. A source told Entertainment Tonight that:

Lady Gaga was told by the NFL that she cannot say anything or bring anything up about the election, or mention Donald Trump.

In a statement made by the NFL, a representative assured fans that this is not the case. The statement read:

[This is] nonsense from people trying to stir up controversy where there is none … The Super Bowl is a time when people really come together. Lady Gaga is focused on putting together an amazing show for fans and we love working with her on it; we aren’t going to be distracted by this.

5. Beyonce Fans Think She May Drop In to Perform

Houston, you are beautiful. ?

Beyonce is one of the suspected guests who could potentially join Lady Gaga in her halftime performance. When Gaga put up a photo on Instagram with a bee emoji (above), the Beyhive went crazy. Beyonce fans began to chatter online, wondering if a pregnant Beyonce would again appear at the Super Bowl. Previously Beyonce has appeared as a guest performer as well as a headliner at the Super Bowl. She has performed with Destiny Child, Coldplay and Bruno Mars at the Super Bowl in previous years. In the past, Beyonce has collaborated with Gaga on the song “Telephone”, so they could easily come together to perform.

A source from Entertainment Tonight stated:

She is having a guest join her during a song. [It’s been] tough getting a guest to sign on. Two artists said no when they were asked to join her.

In addition, Houston, where the Super Bowl is taking place, is Beyonce’s home town.

Read more about Lady Gaga in Spanish at AhoraMismo.com: 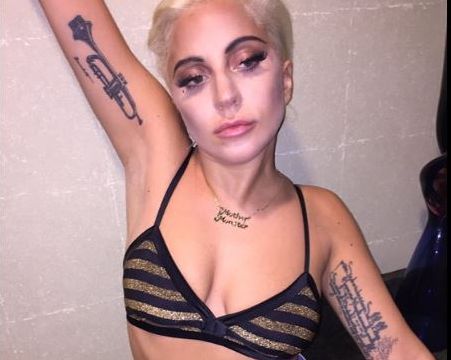