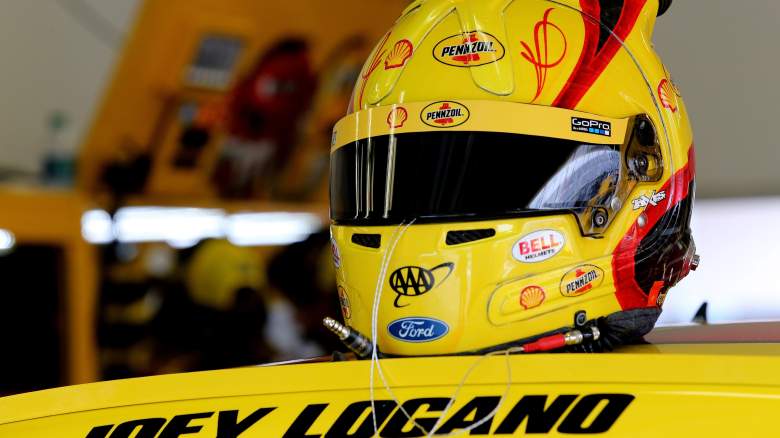 Joey Logano clocked the fastest time during Daytona 500 qualifying practice on Saturday. He’ll look to do the same when it counts on Sunday. (Getty)

Pole position for the 2017 Daytona 500 will be up for grabs Sunday afternoon, as drivers are set to go through qualifying.

Here’s a complete look at everything you need to know:

Qualifying for the season’s opening race, of course, works a little differently.

Sunday’s time-trial runs will determine the two drivers who start on the front row next week, while the rest of the starting positions at the Great American Race will be determined by the results of the Can-Am duels, two 150-mile races that take place Thursday, February 23.

Joey Logano, who has never started a Daytona 500 on the pole but won the race in 2015, clocked the fast time in practice Saturday with a speed of 193.116 miles per hour. He was followed by Aric Almirola and Brad Keselowski, making it a clean sweep for Ford in the top three spots.

Meanwhile, Dale Earnhardt Jr., who missed a large chunk of the 2016 season due to a concussion, returned to his No. 88 car to finish 11th in practice.

“It felt good. I was, not really nervous, but today (Saturday) went really smooth,” he said. “Didn’t have any problems, so we just kind of got everything done we wanted to do and the guys will go to work and try to put together a good car for qualifying and hopefully we will get out there and get a good lap in.”

Drivers will run their qualifying times in the reverse order of where they finished Saturday:

Read More
Daytona 500, NASCAR
2017 Daytona 500 qualifying will determine the front row for The Great American Race. Here's everything you need to know to watch.