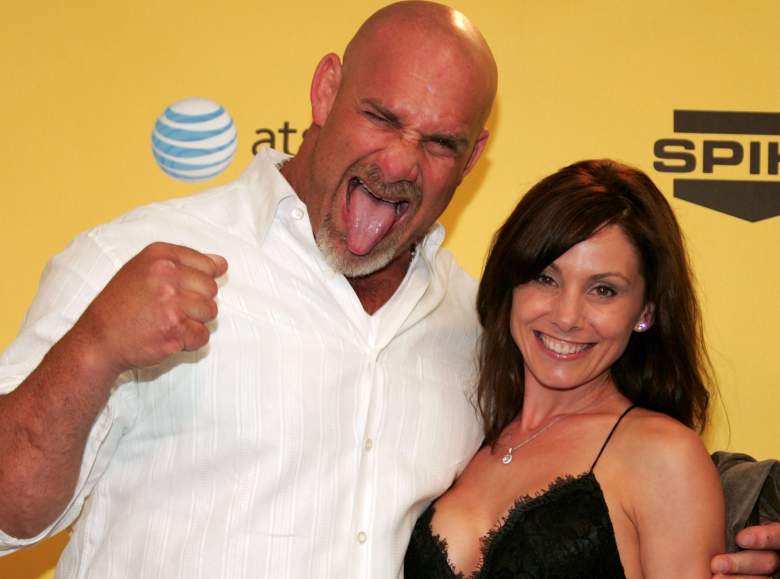 Bill Goldberg with his wife, Wanda Ferraton, in the pressroom of Spike TV’s “Guys Choice” awards in 2007. (Getty)

Thirteen years after they faced off at WestleMania XX, Bill Goldberg and Brock Lesnar will have a match at WrestleMania 33 with the Universal Championship on the line.

Goldberg unexpectedly returned to wrestling last year after a lengthy absence, and he has said that part of the reason for that was so his wife and son could get to see him perform. Goldberg got married and had a son after he left the WWE.

So who is Wanda Ferraton, Bill Goldberg’s wife, and how did the two of them meet? Here’s what you need to know.

1. She is a Former Stunt Double 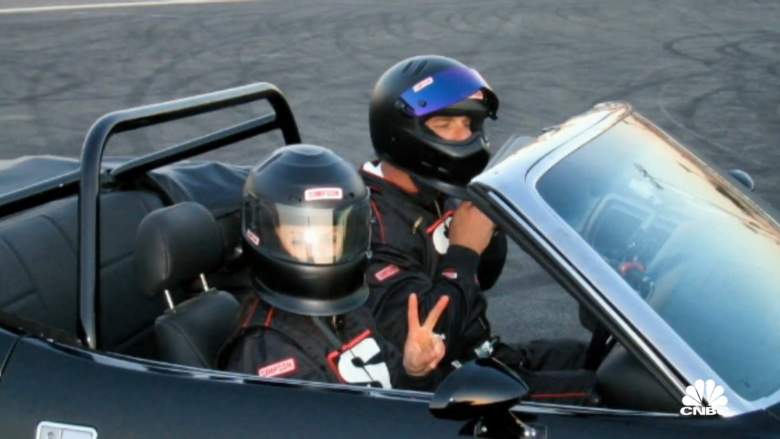 Like her husband, Wanda Ferraton has worked in the entertainment industry.

She is a former stunt double who was active from 2000 to 2005. One of the most well-known films she worked on was Ginger Snaps Back: The Beginning, the third film in the Ginger Snap series.

Ferraton retired following her marriage to Bill Goldberg, although appeared on screen in a very minor role in Half Past Dead 2, a movie that starred her husband.

2. They Met on the Set of the Killer Santa Movie ‘Santa’s Slay’ 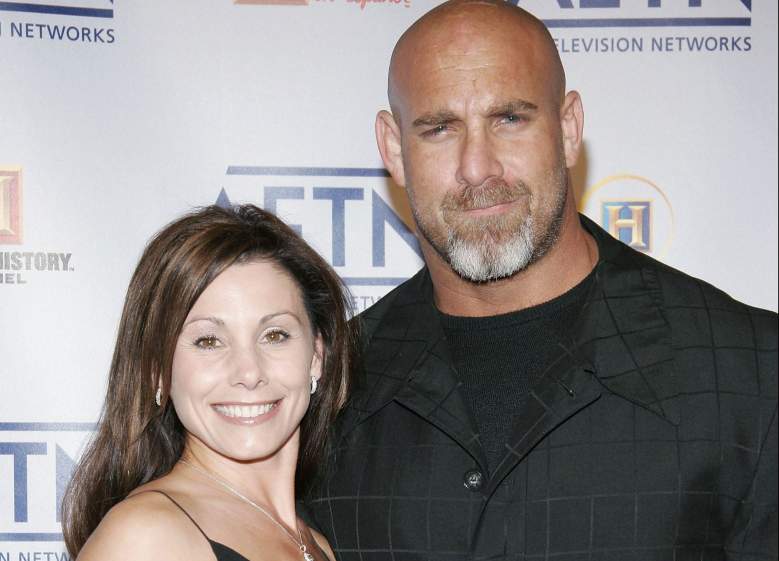 When Wanda Ferraton met her future husband, he was dressed as a killer Santa Claus.

That’s because Ferraton was working as a stunt double on the movie Santa’s Slay, a comedy/horror film starring Bill Goldberg as a murderous demon Santa. Goldberg explained in an interview with Good Morning Football (via Wrestling Inc.) that he met Ferraton while shooting a scene where he’s dangling on a swing in a strip club.

Goldberg said, “I couldn’t even look up at her and she taps me on the shoulder and she goes ‘are you alright, buddy?’ And I said ‘yeah, I’m fine’ but I couldn’t look up, obviously, and she says ‘usually before a guy and I get this close he buys me a beer first’. And I look up at her and I said, ‘I love you.'”

3. They Were Both in a Relationship When They First Met 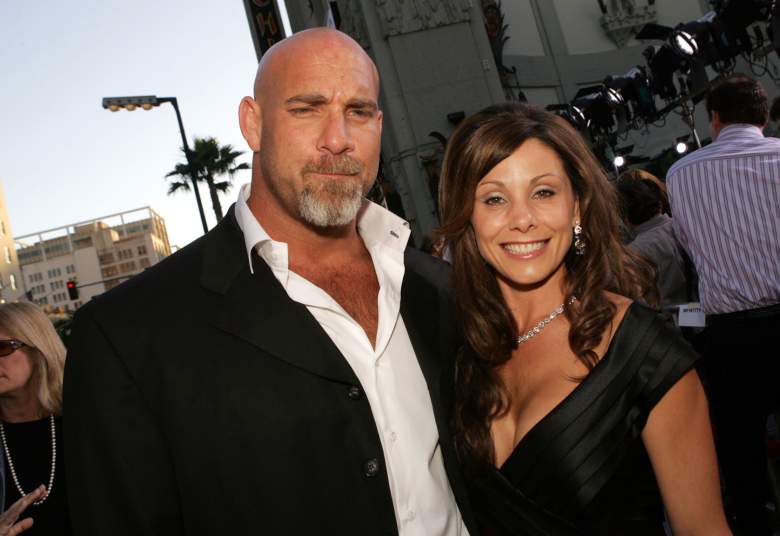 Bill Goldberg and his wife, Wanda Ferraton, at the premiere of The Longest Yard at the Chinese Theater in 2005. (Getty)

During an interview on Jay Leno’s Garage, Bill Goldberg and Wanda Ferraton explained that they were both in relationships when they first met on Santa’s Slay.

“I had an awesome guy,” Ferraton said. “And I broke up with him that night and said, ‘Nope. If I can feel this way about someone else that quickly, I’m not in the right relationship.’ It was that quick.”

Goldberg said that he knew from the moment he saw Ferraton that he had to ask her out on a date.

“If I did not ask her to go to dinner with me, I would have regretted it for the rest of my life,” he said. “So you don’t know until you try, and I went out on a limb.”

Three and a half months after they met, Goldberg asked Ferraton to marry him, and the wedding took place in 2005.

4. She Appeared on an Episode of ‘Jay Leno’s Garage’ Driving a Car From Her Childhood 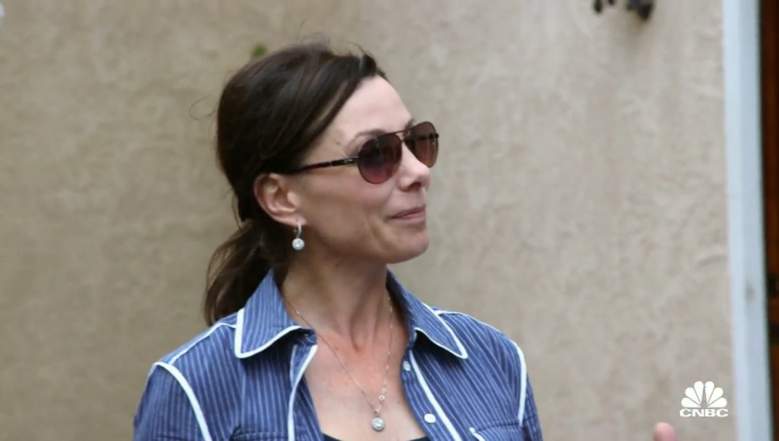 On a November 2016 episode of Jay Leno’s Garage, Bill Goldberg appeared with his wife, Wanda Ferraton, and Ferraton talked about her love of cars.

During the show, she is seen driving a black 1970 Pontiac Trans Am.

“Every stunt woman has to have a 650 horsepower Trans Am,” Goldberg said.

Goldberg and his wife collect cars, and when asked if there’s any car that is particularly special, Ferraton pointed to a 1967 Mercury truck, which she says she has been driving since she was 9 years old.

“It was our farm truck,” she said. “And all of us kids learned how to drive in that truck.” 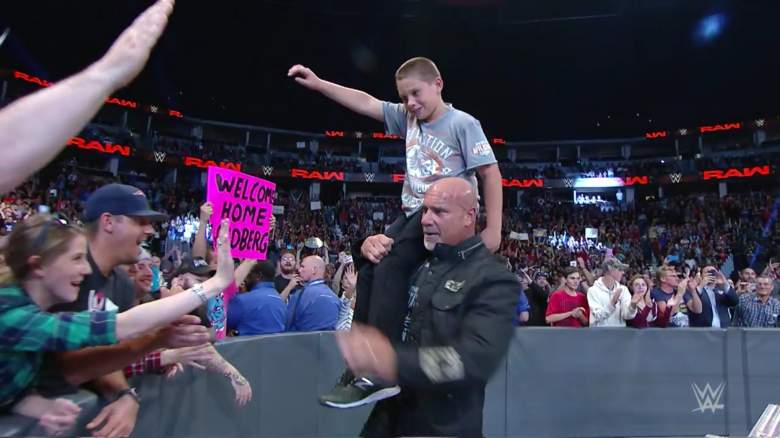 Bill Goldberg and his son during an episode of Monday Night Raw. (WWE/USA Network)wwe

Bill Goldberg and Wanda Ferraton have one son together: Gage, who is 10 years old.

When Goldberg returned to the WWE last year, it was the first time his son ever got to see his father perform.

“I never thought I’d be in this ring again,” Goldberg said during his Monday Night Raw return. “So thank you for the humble return. What makes it so special is that my wife and my son are here to see me live for the first time ever.”

Since then, Bill Goldberg’s wife and son have been with him for every performance, with the WWE cameras often showing them in the crowd.

So could Gage follow in his father’s footsteps and become a WWE superstar one day, just like Charlotte Flair followed her father Ric Flair? Well, not if Goldberg has anything to say about it; he has said that he doesn’t want his son to join the WWE, citing the fact that Vince McMahon is very difficult to work with.

“One thing’s for sure, I’ll buy a company and have him work for me before he went into the WWE,” Goldberg told TMZ.

Goldberg lives with his wife and son in Bonsall, California.