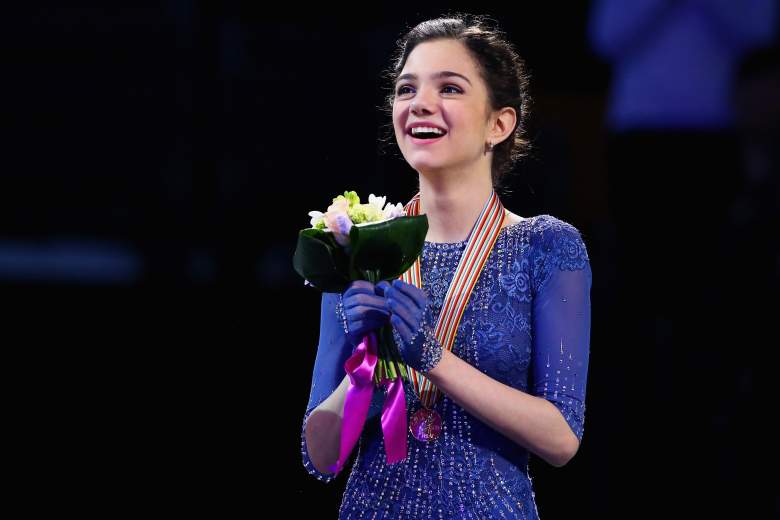 The 17-year-old from Moscow, who won gold with a record-setting free skate at the European Figure Skating Championships in January, is the favorite entering this week’s world championships in Helsinki. Medvedeva is known for her triple-triple jump combinations and polished routines.

Here’s more about Medvedeva and her figure skating career: 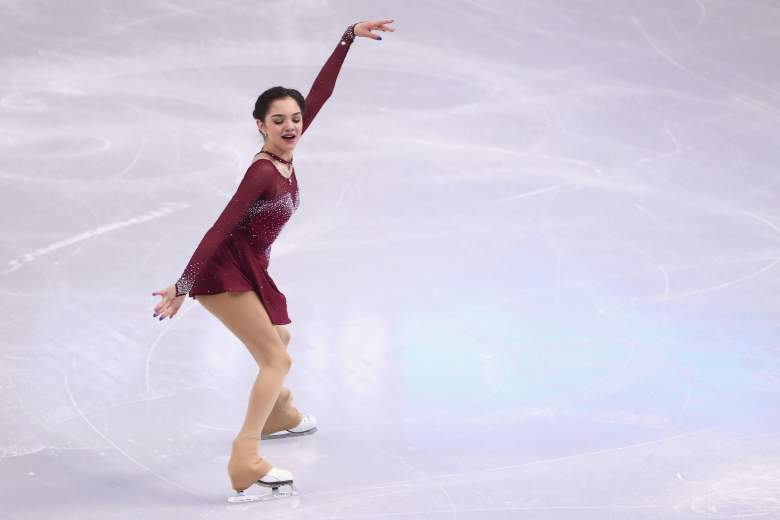 If she defends her title this week, she could be the first female singles skater to win back-to-back world titles since Michelle Kwan of the U.S. in 2001.

Medvedeva’s scores from her four international competitions this season are currently the four highest scores in the world and all above 220 points, according to NBC Sports.

“Doubters said it was a title for a single season but I’m happy that she’s disproving them,” her choreographer Ilya Averbukh told The Associated Press. “She set herself the big target of an Olympic medal next year and she treats every competition as a step on the road to the Olympics.”

2. Medvedeva Incorporates Pantomime Into Her Programs 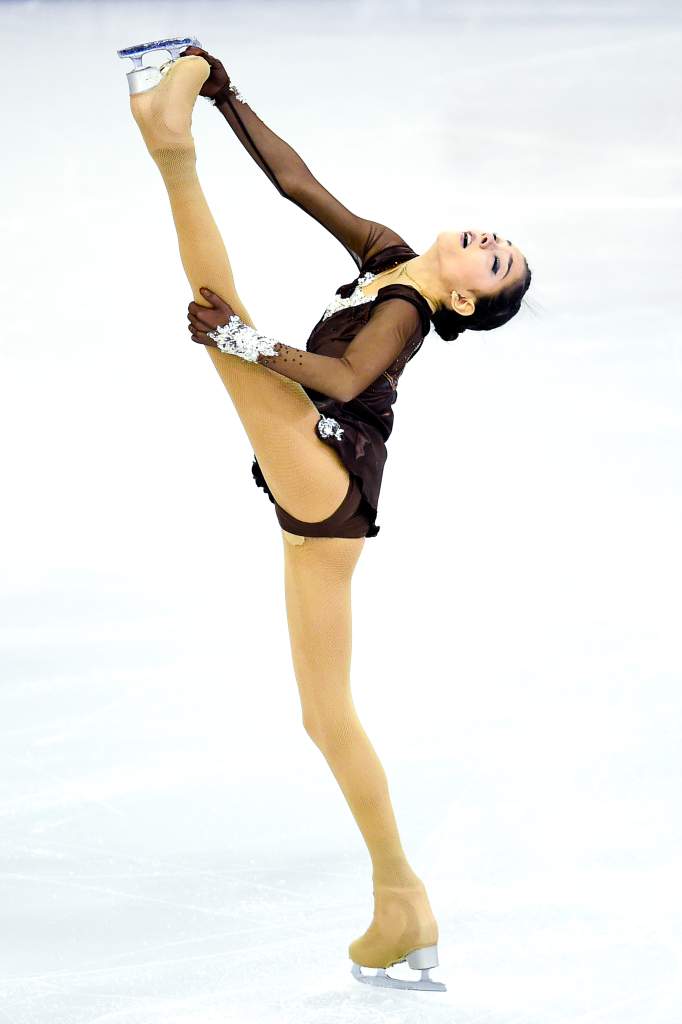 Medvedeva has earned a reputation for routines with high performance quality.

Her free skate showcases her artistic abilities, as she is placed into the character of a woman hearing the heartbreaking news of a loved one’s death. Her music is from the film, Extremely Loud and Incredibly Close, which depicts the events of 9/11.

The Russian skater has worked to incorporate facial expressions, acting and pantomime, into her on-ice programs.

“I do mimicry and pantomime, but I also use my voice at the start of my short program,” Medvedeva told Ice Network. “This is so interesting for me. I think it’s the first time in history that a skater uses his voice.”

Although she does not work with actors, Medvedeva says she practices her facial expressions, and pantomime every day.

“As soon as I skate to my music during each run-through, I do mimicry and pantomime,” she explained to Ice Network. “They are a part of my programs, as they belong to the second (components) mark. So I need to practice them each time.”

When asked how she relates to the character she portrays in her free skate, Medvedeva told Ice Network:

In fact, I’m just living a “little life” in my program. The free program is a dramatic story, and I consider it a little life in my heart. By this, I mean that I’m living the life of a specific person, who has a dramatic day. In the morning, that person says goodbye to a beloved one — a brother, a spouse, whoever she loves. She is in a rather good mood, as she expects him back at night. Then as the day passes by, she understands what’s going on from the television and news on the radio. His flight has been hijacked, and she will never see him back.

3. She Was Inspired to Skate By Two-Time Olympic Champion Evgeni Plushenko 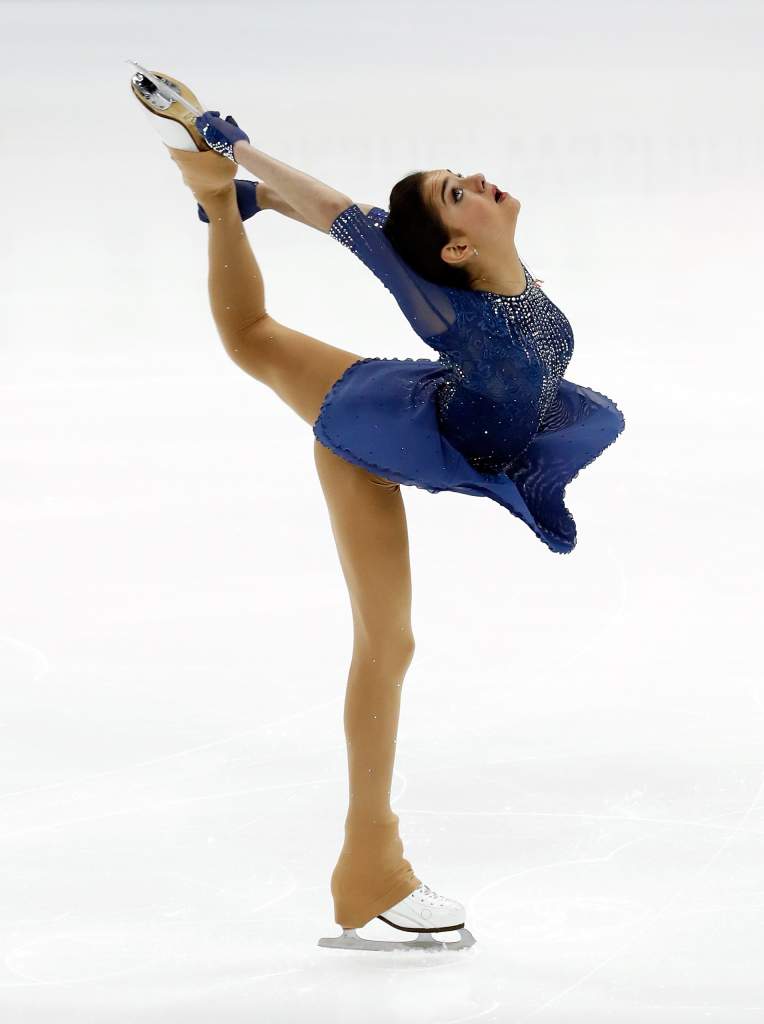 Medvedeva, whose mom was a figure skater, started to take lessons when she was just three years old. As the world champion explained to the Russian Figure Skating Federation, her parents enrolled her in skating lessons to correct her figure.

“My parents wanted me to figure skate not because my mother had been a skater, even though this also played a role, but because my figure was not so nice,” Medvedeva said. “Actually, my shoulder blades still stick out, but I think that appearance-wise figure skating has made me more attractive.”

From a young age, she was inspired by two-time Olympic champion Evgeni Plushenko.

“Once I saw Evgeni Plushenko perform…I wanted to skate like him,” Medvedeva told Russia Beyond the Headlines. “I wasn’t attracted to other sports.”

4. Her Trademark Is Jumping With One Hand Raised Above Her Head 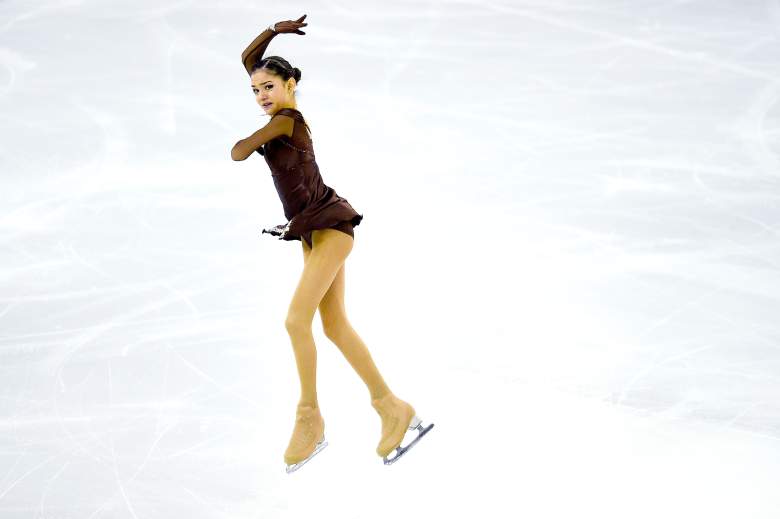 Medvedeva commonly performs some of her jumps with an arm over her head, a technique called the “Tano” variation. The position was first popularized by Brian Boitano as part of his triple lutz jump.

Medvedeva is also known for performing several jump combinations ending with a triple toe loop. She has discussed adding a quadruple salchow into her repertoire.

In addition to a rigorous training schedule, Medvedeva is also a dedicated student. She does homework during breaks between practices and on her only day off.

“It is difficult to study and have a sports career, but it is important,” she told RT.com. “Sometimes I’m so tired after practice that I have no energy for homework but the teachers still ask me to have things done. They don’t yell at me, but could make me feel embarrassed.”

5. Her Coach Is Eteri Tutberidze 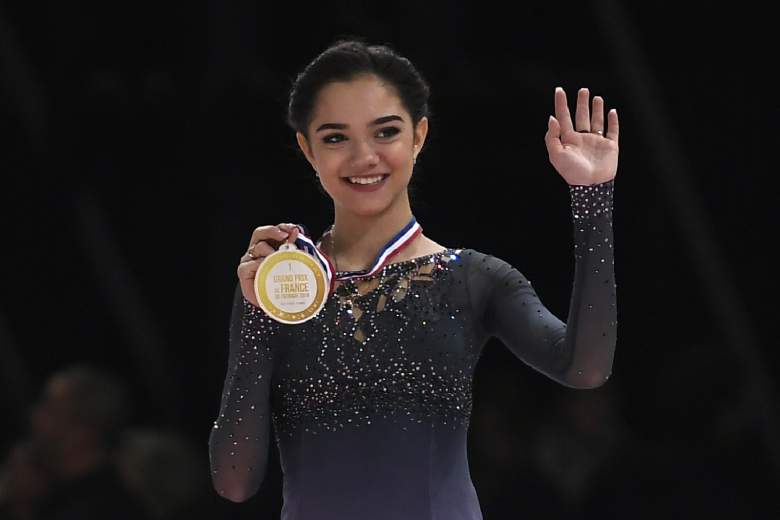 Medvedeva is currently coached by Eteri Tutberidze, whose former student Yulia Lipnitskaya won an Olympic gold in Sochi in 2014. Tutberidze has been a mentor and role model for the young figure skater.

Medvedeva opened up about their relationship to RT.com:

My coach basically raised me. We spent a lot of time together. She always taught me something new. I even talk like her a little bit, copy some of her mannerisms and the way I behave and move. She is strict but creates a very positive atmosphere. We go out on the ice knowing that we need to work because it is our profession, but practices just fly by because there’s no unnecessary tension.

Medvedeva says Tutberidze has always taught her to meet every challenge head-on with a strong work ethic. She says her coach reminds her, if things are difficult, you need to work even harder: “Get up and keep going.”

She also told Ice Network that her coach and choreographer Sergei Dudakov, know her better than she knows herself:

My coaches know me better than I know myself, as they can look at me from so many different sides and understand me so well. I just trust them. Let’s imagine my coach tells me, “You can skate tango really well.” If I answer her, “No, I can’t, I’m sorry,” she’ll tell me that I have to try it first. Well, when I try it, it will go well — because I trust her!