Mike Ilitch, a billionaire businessman, owner of the Detroit Red Wings and Tigers and founder of Little Caesars pizza, died at the age of 87 on February 10, 2017.

Known by many as “Mr. I” in Michigan, Ilitch left a large footprint in the state and was a key player in Detroit’s redevelopment and return to prominence. Current and former players for the Tigers such as Justin Verlander, J.D. Martinez and Ivan “Pudge” Rodriguez tweeted after his death to offer their condolences.

“My father was a once-in-a-generation entrepreneur, visionary and leader, setting the tone for our organization and our family. He made such a positive impact in the world of sports, in business and in the community,” said Ilitch’s son Chris in a press release from Ilitch Holdings.

Here’s what you need to know about Ilitch’s life and career: 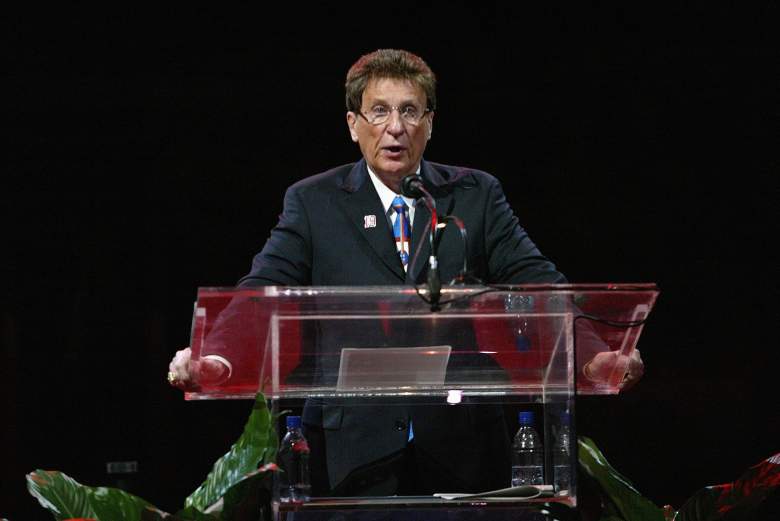 Ilitch was born July 20, 1929 in Detroit to Sotir and Sultana Ilitch, who were both immigrants from Macedonia. Ilitch went to school in Detroit at Clinton Elementary, Post Intermediate and Cooley High School, where he played baseball and ran track. He graduated in 1947 and was offered a minor league contract with the Tigers, which he declined, according to the press release from Ilitch Holdings.

Ilitch spent four years serving in the United States Marine Corps before moving back home to Detroit. He was again given a chance to play baseball for the Tigers. He played in their minor league system, primarily at second base, from 1952 to 1955 before a knee injury cut his playing days short. He never made it to the major leagues.

Ilitch is survived by his wife, Marian, seven children, 22 grandchildren and three great-grandchildren, according to the Ilitch Holdings’ press release. His son and daughter, Chris and Denise, are co-presidents of Ilitch Holdings and his wife is the sole owner of MotorCity Casino.

2. His Idea for Little Caesars Came After He Made Pizza at a Nightclub 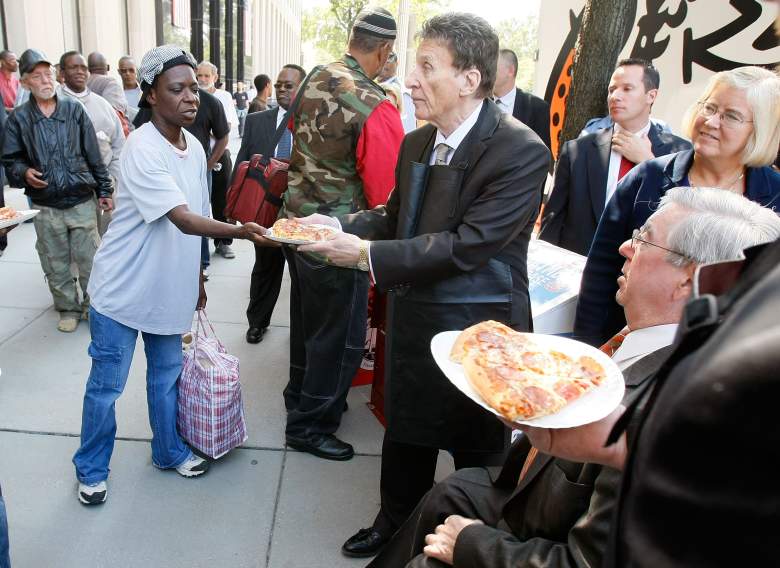 According to the Ilitch Holdings press release, Ilitch began work as a door-to-door salesman after his baseball career until he and his wife saved enough money to open their own restaurant. His Hockey Hall of Fame biography says he convinced a Detroit area nightclub owner that he should sell pizza and was allowed to make pizza in the back room.

In 1959, Ilitch and his wife opened Little Caesars Pizza Treat in a strip mall in Garden City, a Detroit suburb, after his minor league baseball career. According to a story by Sports Business Daily, he spent $10,000 from his own savings to open the restaurant. Eventually the lone restaurant grew into thousands, and now it is the third largest pizza chain in the United States, according to a ranking by Pizza Today in 2015.

In 2004, the “Hot-N-Ready” was announced to reaffirm Little Caesars value in the pizza market, according to an article by Crain’s Detroit Business, and was so successful that it became a permanent menu item. A Detroit Free Press report says an 8-story downtown headquarters is in the works to be built next to the Fox Theatre, the current HQ of Little Caesars.

From 1968 to 1982, the Red Wings had gone through 13 head coaches, with none spending more than three years at the helm. This period was known as the “Dead Wings” era as the team saw very little success during this time. In an article on ESPN in 2007, former GM Ken Holland said they were giving away cars in the 1980s to get people interested in the games.

When Ilitch bought the franchise from Bruce Norris, who passed away four years later, he had a lot of work to do. Future Hall of Famer Steve Yzerman was drafted by the Wings the next year and helped start the rise from obscurity. In 1990, the Red Wings missed the playoffs. Since then, the team has made the playoffs every year. The Red Wings brought home four Stanley Cup wins under his ownership.

Ilitch was inducted into the Hockey Hall of Fame in 2003. Forbes released a list in 2010 valuing the National Hockey League Franchises. The Red Wings were valued at $315 million and the fourth most valuable NHL franchise.

Gary Bettman, Commissioner of the NHL released a statement regarding Ilitch’s passing.

“With the passing of Mike Ilitch, the Red Wings have lost the consummate owner, the National Hockey League has lost a cherished friend and passionate builder, Detroit sports has lost a legend and the city of Detroit has lost not only a devoted native son but a visionary and driving force in the rebirth of downtown,” Bettman said in the statement.

Ilitch bought the Tigers from Tom Monaghan, founder of Domino’s Pizza, in 1992, as the team was experiencing a rough patch. The team experienced a winning season at 85-77 in 1993 but did not have another winning season until 2006, when the Tigers made a World Series run. In 2003, the team lost 119 games, an American League record.

The 2006 Tigers season was the rebirth of the team with rookies Justin Verlander, Curtis Granderson and hard-throwing reliever Joel Zumaya leading the way. This success led to Ilitch opening up his checkbook to players such as slugger Prince Fielder, whose dad played for the Tigers during his career. Fielder signed a $214 million contract, the fourth highest contract in Major League Baseball history at the time of signing. Before the 2013 season, Verlander signed a $180 million contract which was one the highest contracts for a pitcher ever at the time of signing.

“Mike Ilitch was far more than a model owner of the Tigers franchise, the team he loved all his life and played for as a minor leaguer. He was also a fierce believer in his home of city of Detroit, and the role that the Tigers and sports played in contributing to civic pride and renewal, said the commissioner in the statement on MLB’s website.

Under Ilitch’s ownership, the Tigers had two appearances in the World Series but came away with no titles.

4. He Cared About the People Around Him Just as Much as His Sports

Beloved Detroit personality Mike Ilitch's unexpected philanthropyMike Ilitch, who dies last week, built a billion-dollar pizza empire with Little Caesar's and also owned the Detroit Tigers and Red Wings. By all accounts, he was kind and philanthropic. But as Jim Axelrod reports it turns out he was even kinder than most knew. Subscribe to the "CBS Evening News" Channel HERE: bit.ly/1S7Dhik…2017-02-17T00:22:44.000Z

The first of Ilitch’s philanthropic efforts was the Little Caesars Love Kitchen, established in 1985. The kitchen was a traveling restaurant formed to provide relief to victims of national disasters. According to the Little Caesars website, the program has fed more than 3 million people in the United States and Canada since its formation and has been recognized several times for its charitable efforts.

In 2006, the Little Caesars Veterans Program was founded. The program provides veterans with a business opportunity when they make the transition from active service to the working world. According to a document from Ilitch Companies, the program offers honorably discharged service-disabled veterans who qualify as Little Caesars franchisees a benefit up to $68,000. The document says Ilitch gave Army Staff Sergeant Robbie Doughty a Little Caesars franchise and the opportunity to become an entrepreneur after being impressed with his attitude and strength of character.

As a result of his philanthropic efforts, Wayne State University, a college in Detroit, named their business school the “Mike Ilitch School of Business.” A biography of Ilitch on the Ilitch Holdings website says Ilitch gave $40 million and use of the land to WSU in order to build the school.

5. He Aided Rosa Parks by Paying Her Rent

In 2014, the Sports Business Daily reported Ilitch came to the aid of Rosa Parks and helped pay her rent. The article shows a picture of Judge Damon Keith holding a check for $2,000 from Little Caesars Enterprises to Riverfront Apartments and says Ilitch called the judge and promised to pay Parks’ rent for as long as necessary. Ilitch paid her rent from 1994, when the check was dated, until her death in 2005.

“It’s important that people know what Mr. Mike Ilitch did for Ms. Rosa Parks because it’s symbolic of what he has always done for the people of our city,” said Keith in the article.

Parks was robbed and assaulted in her Detroit home and she sought safer housing after that.

“I don’t know if you remember, but Rosa Parks was beaten up by some bum in her neighborhood years ago,” Keith said in an interview with The Washington Post, on the Thursday following Ilitch’s death. “I had represented Rosa, so I called Mike Ilitch. I said, ‘Mike, I don’t want Rosa Parks going back into the same neighborhood that she was in when this bum beat her up.’ He said okay.”

“Mike Ilitch is totally committed to Detroit,” Keith told Sports Business Daily. “He brought the Little Caesars corporate offices here. He saved the Fox Theatre. He built Comerica Park, and he kept the hockey and baseball teams thriving here when times were tough. But of all the incredible things he has done for the city, people should know what he did for Rosa Parks.” 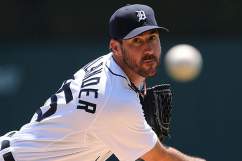