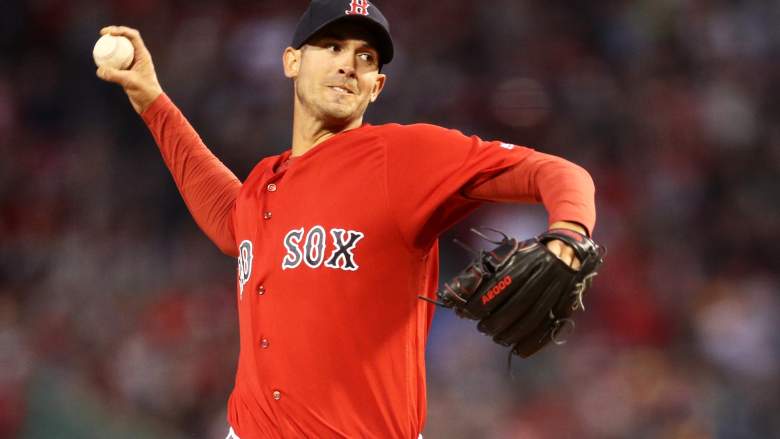 One of the most heated rivalries in all of sports gets renewed for the first time in 2017, as the Boston Red Sox play host to the New York Yankees on Tuesday night.

Here’s everything you need to know to watch Game 1 of the three-game series:

The Red Sox, who have gotten off to a slower start than expected but still sit at 11-8, will send Rick Porcello to the hill.

The defending Cy Young hasn’t looked sharp so far this season, allowing 31 hits, five home runs and 14 earned runs through 23.2 innings, giving him a 5.32 ERA and 1.52 WHIP. Of course, a large chunk of those numbers can be attributed to a brutal start against Tampa Bay in which he gave up four homers and eight earned, and he did look better his last time out against Toronto.

New York, which enters the series a half-game up on Boston in the standings but is just 3-6 on the road, will counter with Luis Severino. The hard-throwing 23-year-old can be electric (27 strikeouts through 20.0 innings this season), but he has also given up at least one home run in each of his starts (four total), pushing his ERA to 4.05.

Of course, both pitchers will be in for a difficult test. New York leads the AL in OPS, while Boston dominated the same category last year.

Read More
Boston Red Sox, MLB, New York Yankees
The Yankees and Red Sox meet for the first time in 2017 on Tuesday. Find out when and where to watch the series opener.