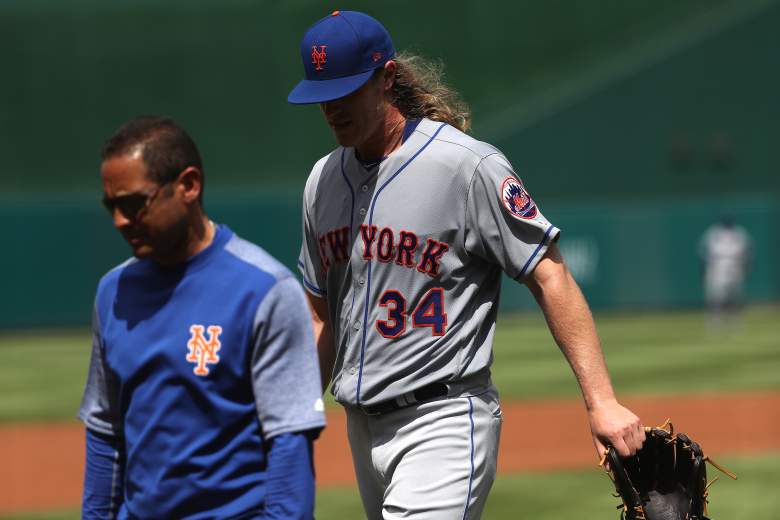 The New York Mets will be without their ace for the foreseeable future.

Noah Syndergaard — who left Sunday’s start against the Washington Nationals after just 1.1 IP — underwent an MRI Monday morning, which revealed a partial tear of the right lat muscle, per a team announcement.

He was subsequently placed on the 10-day disabled list and there is no timetable for his return. However, pitchers with the same injury have missed upwards of two months — including Syndergaard’s teammate Stephen Matz.

#Mets announce Syndergaard has partial tear of lat muscle. No time frame for return but similar injury kept Matz on DL for 2 months in '15.

Syndergaard was scheduled to start on Thursday but was scratched due to a biceps issue. The team asked him to go for an MRI but he refused, according to the team’s general manager — Sandy Alderson. After going through a pain-free bullpen session, the man known as “Thor” then took the hill for the last place Mets on Sunday and was shelled for five funs on five hits before departing with the injury.

It’s unclear at this time who will take his spot in the rotation.

The Mets have been hampered by injuries in the first month of the season — losing Yoenis Cespedes to a strained hamstring, the aforementioned Matz with to elbow injury, and another rotation fixture — Seth Lugo, who was dealing with arm fatigue.

New York is 10-14 and sits 6.5 games behind the Nationals for first place in the National League East.