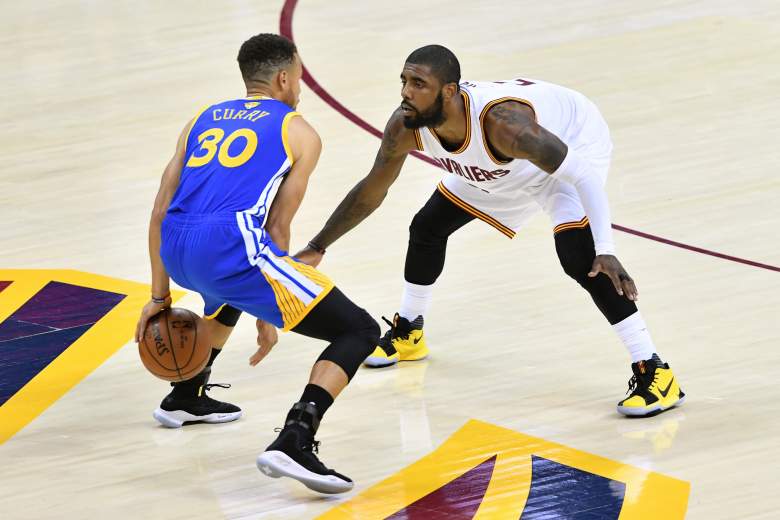 The Cleveland Cavaliers needed a spark in order to make the 2017 NBA Finals a series. And there Kyrie Irving was, ready to make an impact. His huge performance in Game 3 helped push the Golden State Warriors to the brink, but untimely play in the final two minutes saw Cleveland give up a late lead and the game.

Golden State won 118-113 on Wednesday in Cleveland and pushed its series lead to 3-0 lead. The Warriors have been overbearing all series long and have clearly outmatched the Cavs — even when they’re at their best. Any chance at Cleveland coming back from the series deficit — like it did last year — looks bleak with the Warriors’ offseason addition of Kevin Durant proving to be the X-factor. Durant led an 11-0 run to close the game and gave his team the road decision. It was his clutch, pull-up 3-pointer with under 50 seconds remaining to put the Warriors ahead for the duration.

Durant finished with 31 points and 8 rebounds, while teammate Klay Thompson added 30 and Stephen Curry pitched in with 26.

Though Irving certainly gave it all he had in the best game of the series. His offensive surge and incredible handles at point guard, paired with another unstoppable performance from LeBron James put Cleveland in position to hand Golden State its first loss of the playoffs. Instead, the Cavs let one slip and were dealt a crushing defeat.

Up until the end, it seemed like any offense the Cavs mustered either came through Irving or James. And Irving’s incredible individual plays down the stretch led the Cavs.

KYRIE IRVING IS A MASTERPIECE

Jame closed with 39 points, 11 rebounds and 9 assists, just short of yet another triple-double. He had some assistance in making it a close game, though.

From step back to drive, from crossover to incredible pass, Irving had it all…except for 3-point shooting — he went 0-7.

But the sixth-year player saved some of his best for Game 3, and he provided the spark that Cavs needed to surge ahead of the Warriors in the second half.

Regardless of the outcome, Irving came up huge when Cleveland needed it. Here’s his stat line from his 44 minutes in the game:

And here’s some of the best highlights from Irving:

The dazzling display from Kyrie Irving continues into the 4th! He's up to 35 PTS.@cavs lead @warriors 102-95 on #NBAonABC. pic.twitter.com/Z8Jm1GEB8A

Kyrie Irving beats Zaza to the rebound in traffic. pic.twitter.com/S8q5nBLpQO