Looking to watch a live stream of Pittsburgh Steelers 2017 preseason games? There are a number of different ways to do so, largely dependent on where you live.

The first step is to figure out what TV channel the games are on where you live. If the Steelers are in your television market (you can click here to see what channel the game is on in areas around Pittsburgh), the game will be on a local channel (CBS, ABC, NBC or Fox affiliate. In Pittsburgh, for example, preseason games will be on CBS-KDKA) and your options will be the following: CBS All Access, Fubo TV, Sling TV or DirecTV Now.

If the Steelers aren’t in your market, the first two games of the preseason will be on the NFL Network, which can be watched online via Sling TV. The second two games can be watched via NFL Game Pass, which allows you to watch a live stream of every out-of-market (nationally televised games count as in-market) preseason game.

Here’s a complete rundown of every option:

This is going to be the best option for fans in Pittsburgh (games are broadcast on CBS-KDKA) or any city inside the Steelers market where games are being broadcast on your local CBS channel.

CBS All Access allows users to watch a live stream of their local CBS channel, as well as providing access to on-demand content and and exclusive originals, for $5.99 per month.

Here’s a rundown of how to start a free trial and start watching the Steelers if they’re on your local CBS affiliate:

4. Return to the CBS All Access website to start watching live CBS. You can also watch on a streaming device via the CBS app, but note that you can not watch NFL games via CBS All Access on mobile phones

Designed to replace cable, over-the-the top streaming services allow viewers to watch a live stream of a package of channels for a monthly fee.

If the Steelers are playing in your market, you can click here to see what channel the game is on. If it’s on CBS, the aforementioned CBS All Access is your best option. If it’s on ABC, NBC or Fox, you can check out the following services to see if that local channel can be streamed live in your area.

Fubo TV: NBC and Fox (and soon-to-be CBS) are available in select markets. To see what local channels are available, click here.

All of these offer a free trial, so you can test them out if you’re still not sure if the Steelers will be live in your area. Here’s a rundown of how to sign up for each of these services:

Sling TV may have the cheaper initial price point (more on that below), but DirecTV is still a reasonably cheap way to get ABC, NBC and Fox, which are all included in the “Live a Little” bundle at $35 per month. Additionally, local channels are available live via DirecTV in more markets, CBS will soon be added to the service, and they’re offering a Roku Premiere Streaming Media Player ($69.95 value) if you prepay two months.

You can click here to see what local affiliates are available in your area.

3. Select the channel package you want. Every bundle includes ABC, NBC and Fox, while CBS will be added soon. You can add the Roku in the next step if you want

4. Enter your payment information. The “Live a Little” package is the cheapest at $35 per month, “Just Right” is $50 per month, “Go Big” is $60 per month, and “Gotta Have It” is $70 per month. If you cancel your subscription within seven days of signing up, you will not be charged 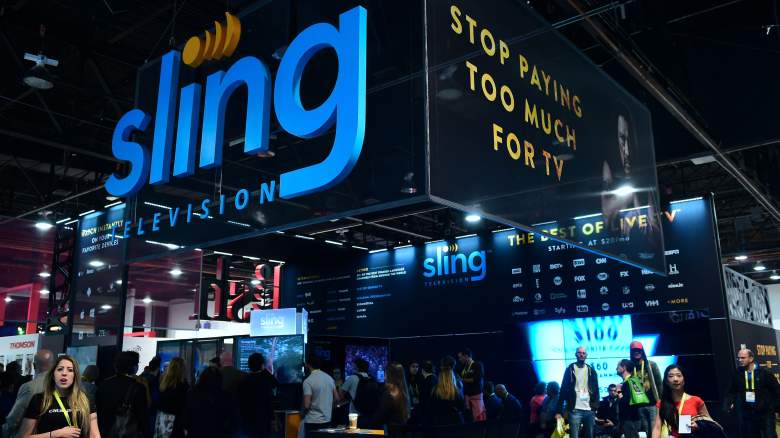 Sling TV offers the cheapest long-term price point, but the package you select is dependent on what channel you want. NBC, Fox and the NFL Network are all part of the “Sling Blue” package at $25 per month, while ABC is part of the “Sling Orange” plus “Broadcast Extra” package, which will also run you $25 per month. If you want to include all of that, it’ll be $45 per month.

You can click here to see what local affiliates are available live in your area.

4. Enter your payment information. “Sling Blue” costs $25 per month, “Sling Orange” plus “Broadcast Extra” is also $25 per month, or you can get all of it for $45 per month. If you cancel your subscription within seven days of signing up, you will not be charged

While Fubo TV is usually $35 per month, it is currently offering a deal that allows users to sign up for $19.99 per month for two months, making it temporarily the cheapest over-the-top streaming service.

Fubo TV’s package includes Fox and NBC, while CBS is expected to be added right around the start of preseason.

You can find a list of markets that carry live local affiliates here.

Full list of compatible devices can be found here

If the Steelers Aren’t in Your Market: NFL Game Pass

This one is a lot more simple. If you’re looking to watch any NFL preseason game that features teams that aren’t in your television market (and isn’t nationally televised), you can do so via NFL Game Pass. The service, which costs $99.99 for the entire season, allows you to watch replays of every regular season game in addition to live out-of-market preseason games.

You can click here to start a free trial.

Read More
Exclude, Live Sports Streaming, NFL, Pittsburgh Steelers
Your complete guide to watching a live stream of every Steelers 2017 preseason, whether the team is in your market or not.