(Facebook) The Pedersons have built their lives around football and their return to Philadelphia has been one they've cherised.

Doug Pederson has settled into life in Philadelphia – again.

The Eagles head coach, who signed a five-year contract with the team in 2016 after an assistant coaching stint from ’09-11, faced a handful of questions when he returned to Philadelphia, but there was always one group who supported him completely. His family.

The Pedersons have been through plenty together, moving across the country more than once for Doug’s career, but the family wouldn’t change a thing and, now, with the Eagles primed for a Super Bowl run, they’re ready for whatever comes next. Here’s everything you need to know:

The pair, who met on a blind date at Johnny’s Pizza in Monroe, Louisiana, hit it off as soon as they met and it didn’t take long for them to decide to tie the knot. That support system was a key factor in Doug’s early-football career, particularly when he was deciding whether or not to walk away from the gridiron.

My intention and my goal was still to play in the National Football League.  would have gone anywhere to play. I was young. I got married in January of ’92, so I was a newlywed when I got picked up by the New York-New Jersey Knights.

It wasn’t, easy, however, and after spending a season with the Miami Dolphins 1993-94, Doug’s career took him overseas. He moved to Germany so he could keep playing, competing with the Rhein Fire and finding his stride under center. Jeannie, who was still finishing her nursing degree at the time, stayed stateside while Doug chased his dream. It wasn’t easy, but, now, it all seems worth it – with Doug on the sidelines and the Eagles chasing postseason glory. 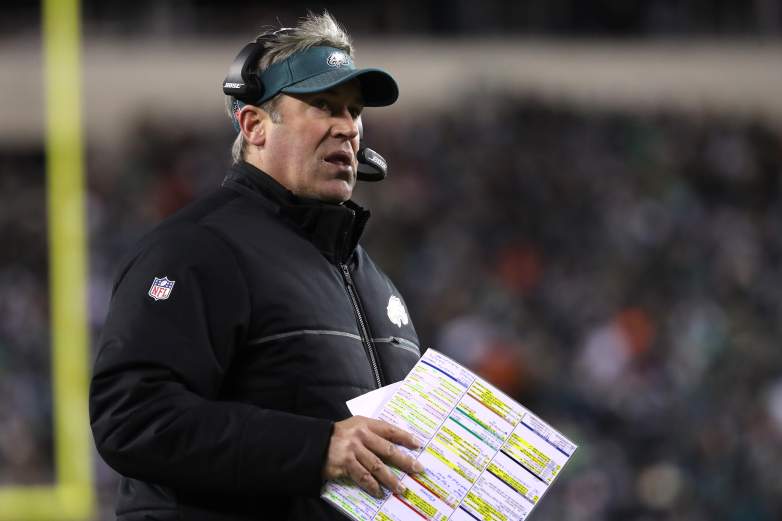 Doug’s 2016 hire in Philadelphia was a bit of a whirlwind for the entire family. At the time USA Today ranked Pederson as the worst hire of the season and his evolution from offensive coordinator in Kansas City to head coach of the Eagles wasn’t a simple one.

We really never celebrated Doug becoming the head coach. Everything happened so fast. One day we were in the playoffs wearing Chiefs colors, and the next day, it seemed, we were talking to the Eagles and Doug was hired. It’s been a blur in a lot of ways.

Of course, the family was, at least, familiar with the area. Doug served as the offensive quality control coach and quarterbacks coach for the Eagles from 2009 to 2011 and Jeannie was quick to point out the family’s excitement at getting back to Philadelphia.

“We just love the community that has such a tight-knit feeling,” she said at the time. “Doug got the job with the Eagles, and all of our friends sent us texts saying, ‘Welcome home.’ That just felt so good. They consider us a part of that community, a part of that family. That means a lot to someone moving into the area.”

Had an awesome time catching up with Coach Doug Pederson, his wife Jeannie, and their son Joel !! #FlyEaglesFly !! pic.twitter.com/8ltLjpfNRu

The Pedersons have taken that family mentality to heart. This season, with the Eagles playing on Christmas night, Doug altered the team’s usual game-day schedule to make sure players could spend time with their families. It’s a mindset that’s helped develop a brand-new team culture in Philly and, maybe, spark a Super Bowl run. 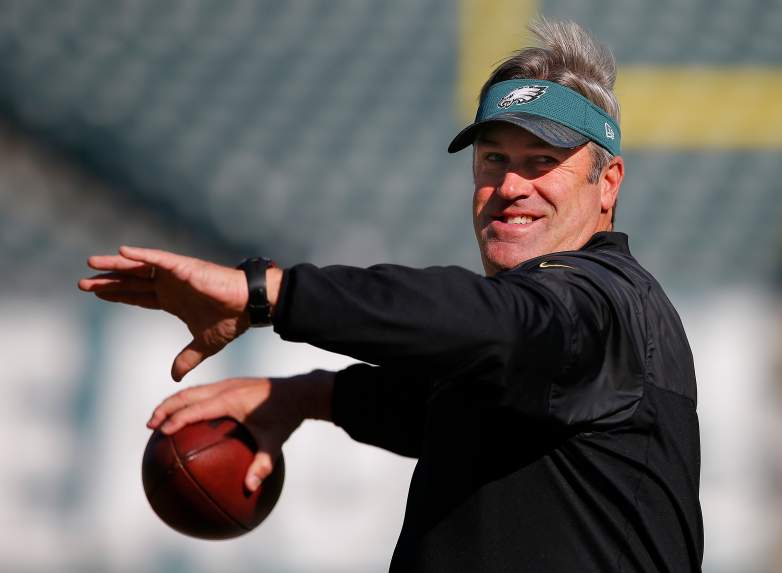 He was ready to follow in his father’s footsteps.

Drew Pederson, who grew up watching his father in the NFL, competed at the college level as well, spending two seasons on the Samford football team. It wasn’t, however, an easy road for Pederson, now 22, who redshirted his freshman year, participating with the Bulldogs’ scout team after missing his senior season of high school football at Moorestown.

Moorestown HS QB Drew Pederson (son of Eagles QB coach Doug) needs surgery on his left foot and will be out 6-8 weeks: http://t.co/8GxJvKBW

Pederson broke his left ankle in preseason and struggled to maintain his positivity, telling the Philadelphia Inquirer in 2013:

It was one of the hardest things I ever had to do. As a young kid, I was ball boy for my dad when he coached high school football in Louisiana, and I said I couldn’t wait to get on the field as a starting quarterback.

He earned preferred walk-on status at Samford and, eventually, saw action in nine games in 2014 as a backup quarterback and holder.

4. Josh Pederson Was a Two-Star Recruit out of High School

The Pederson kids grew up around football and Josh, 20, was no different, competing at Blue Valley North High School in Overland Park, Kanasas before signing his Letter of Intent to the University of Louisiana Monroe in 2016.

It was the same school his father and uncle both played for, but Josh took after his Uncle Craig just a bit more. The pair both played tight end at ULM.

Josh had plenty to live up to at ULM, but there was also plenty of reason for him to be confident coming out of high school. He was a two-star recruit, racking up 1,102 receiving yards and 16 touchdowns on just 73 receptions in two seasons with the team and finished his career ranked fourth in school history in receptions and receiving yards. He was also named a  All-State and Second Team All-EKL and played on the EKL and District Championship team.

5. Pederson’s Father, Gordon, Moved the Family from Washington to Louisiana 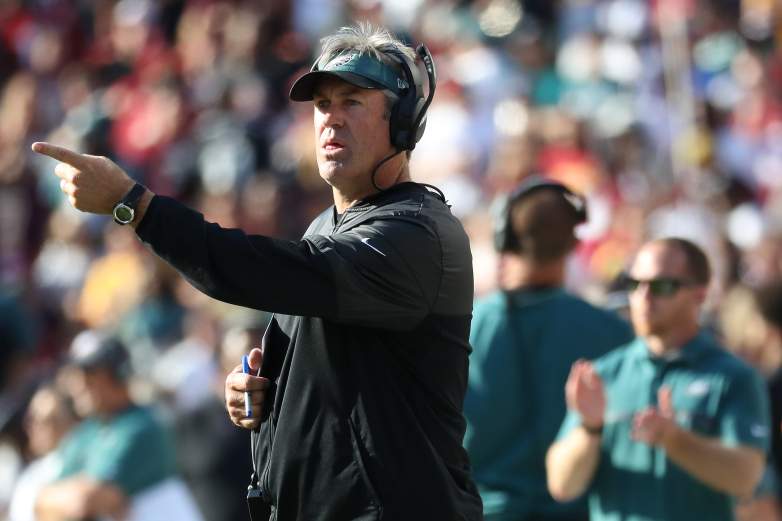 ‌Craig, who had previously worked Intalco Works, one of the world’s largest distributors of aluminum, took a position as a division manager for a company called Columbian Chemicals and moved his family near 2,500 miles across the country just before Doug’s senior season of high school. To say it changed Pederson’s life would be an understatement. He saw an almost immediate uptick and Pederson told Chiefs.com he felt an instant connection with the program at Louisiana-Monroe:

They started recruiting me that fall. They brought me in for an official visit in January and offered me a scholarship on the spot.

It wasn’t an easy move, but it was one Pederson credits with shaping his life and, most importantly, his career on the gridiron.