Venus Williams is competing in the U.S. Open. While she hopes to celebrate a win, she might be celebrating a little something else these days; rumor has it that her boyfriend, Nicholas Hammond, bought her a ring. According to Page Six, it’s not an engagement ring, but a friendship ring.

“We have a firm commitment to one another to keep our relationship private,” Hammond told Page Six.

Hammond is an ultra-private financier. He has been keeping his relationship with Williams quiet for several months now, but sources tell the New York Daily News that’s about to change. Fans can expect to see Hammond sitting courtside as Williams faces upcoming challengers.

1. He Was the Talk of the Town Since Arriving in Australia to Support Williams at the Australian Open Earlier This Year

Venus Williams' 'private' new boyfriend is the talk of the Australian Open https://t.co/FBfC5UDKTD

Although not much is known about Williams’ new beau, there has been a lot of chatter about him over the past few days. As previously mentioned, he’s a very private guy, so just about everyone wants to know every last detail about him.

While the couple doesn’t seem ready to make their relationship Instagram official (Williams has yet to share a photo of her new guy on her account), they seem to be ready to confirm that they are a pair. Having a guy sit courtside isn’t exactly “new” for Williams, but it does come with plenty of added media attention, which will put her relationship front and center. 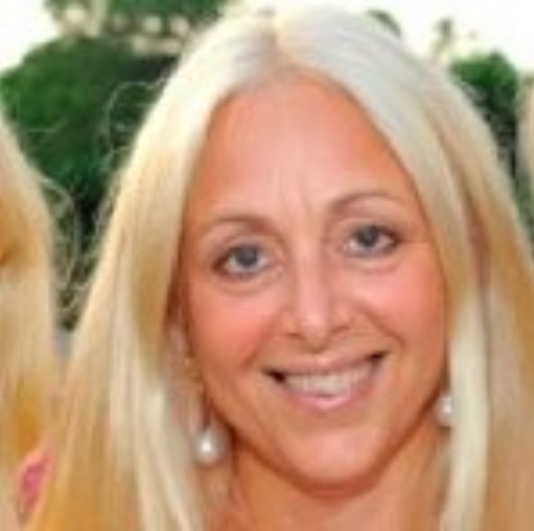 Hammond is one of three boys born to well-known socialite Dana Hammond and her ex-husband, James. She remarried Dr. Patrick Stubgen, a South Africa native who works as specialist in neurology at Cornell University and New York Hospital, in 2007.

Hammond is an heiress — which makes Nick Hammond an heir — to Walter Annenberg’s TV Guide fortune as Dana Hammond’s grandmother and the late Walter Annenberg were siblings. Walter Annenberg passed away in 2002. He owned and operated Triangle Publications, a company that included ownership of publications like TV Guide and Seventeen Magazine.

Suffice it to say, Nicholas Hammond’s family is very wealthy. They own property all over the country, and sources have told the New York Daily News that Hammond has invited Williams to at least two of his family’s estates.

“Nicky has met up with Venus in Palm Beach, where his family has a $20 million mansion as well as in the Hamptons, where they have a $20 million house,” a source shared.

Williams turned 37 on June 17 while her beau is only 25. It’s unclear how the two met, but the age difference doesn’t seem to be bothering them much. And while one might think that a 25-year-old kid dating a 37-year-old tennis star sounds like it has to do with fame and fortune, that’s not the case at all.

“He’s definitely not a fortune hunter. She’s head over heels for him,” a source told the New York Daily News. Not to mention, Hammond has his own money, as mentioned earlier in this article.

As for how serious things are, sources say that Williams is smitten with her guy, whom she often refers to as “Nicky.” And, after seeing her sister become a mother, having children is definitely on Williams’ mind. Sources told the New York Daily News that Williams “has expressed an interest in having kids,” which is something that she may want to do sooner rather than later, given her age.

Of course, this isn’t the first time that Williams has dated a younger guy. Her ex, Elio Pis, was 24 years old when they met — she was 32.

4. He Has Been Mistaken for Williams’ Ex

"@falaiyePink: Venus Williams Is Spotted Out With Her NEW BOYFRIEND . . . He's YOUNGER Than Her . . . And He's CUTE!!! pic.twitter.com/ON9uElDd"

It has taken some people a while to figure out that Williams is no longer dating Elio Pis, a Cuban model whom she’d been linked to since 2012. In fact, some outlets — like Who’s Dated Who — still have Williams and Pis paired up.

Pis was working as a model when he and Williams met. He was a big fan of hers and was spotted sitting courtside at several of her matches.

“Pis has worked with Williams on her athletic line, EleVen. The two posed together for her website, showing off her ready-to-wear tennis apparel. The 6’1 hunk has also been featured in French Vogue with Brooke Shields and has modeled for Russell Simmons’s clothing line,” People Magazine reported back in 2012 when Williams and Pis first started dating.

5. He Was Williams’ Date at Her Sister’s Wedding

Venus Williams will 'debut boyfriend at Australian Open'https://t.co/cn2NBA4em1 via @DailyMailCeleb

Hammond has been seeing Williams for several months now. One of the first times that he was spotted was at the U.S. Open in late summer, where he was “sitting in her family’s box,” according to Page Six.

Hammond was a guest at Williams’ sister’s wedding in November, a source told the New York Daily News. Although the two had only been dating for a couple of months, Hammond was in New Orleans for the festivities.

A couple of weeks later, he and Williams were spotted on a dinner date at Tom and Anthony Martignetti’s East Pole restaurant in New York. Sources say that the couple split the bill.