Getty Gabriella Papadakis and Guillaume Cizeron made headlines after their short program, but now the duo has its sights set on Olympic gold.

It’s been quite a dance for Gabriella Papadakis and Guillaume Cizeron – literally.

The French ice dancing team has cemented itself as some of the best in the world, but the road to the PyeongChang Olympics hasn’t always been easy and even the Games themselves have had their own obstacles. The duo have scorching chemistry on the ice and while they’ve said they don’t have a relationship off it, they’ve still managed to develop the perfect partnership as soon as they lace up their skates.

And, through it all, Papadakis and Cizeron have done their best to maintain a steady rhythm.

Here’s everything you need to know about the duo:

1. The Pair Started Skating at the Suggestion of Papadakis’ Mother

They’ve been together for years.

Papadakis and Cizeron first teamed up when they were ten years old at the suggestion of of her mother, Catherine, who was the pair’s very first coach. The two were already skating at the same club in Clermont-Ferrand and Catherine was quick to notice that their size and styles matched perfectly.

Claire continued to coach the duo until they opted to relocate to Lyon in 2012 and boasted an impressive resume of coaching experience. In fact, she previously coached 2008 world champion Isabelle Delobel.

It didn’t take long for Papadakis and Cizeron, who say they consider each other siblings, to find success on the ice. They debuted at the ISU Junior Grand Prix series in 2009-10 and placed 22nd at the 2010 World Junior Championships. The duo steadily improved, notching fifth-place finishes at the World Juniors in 2012 and recording their first title at JGP France that summer. 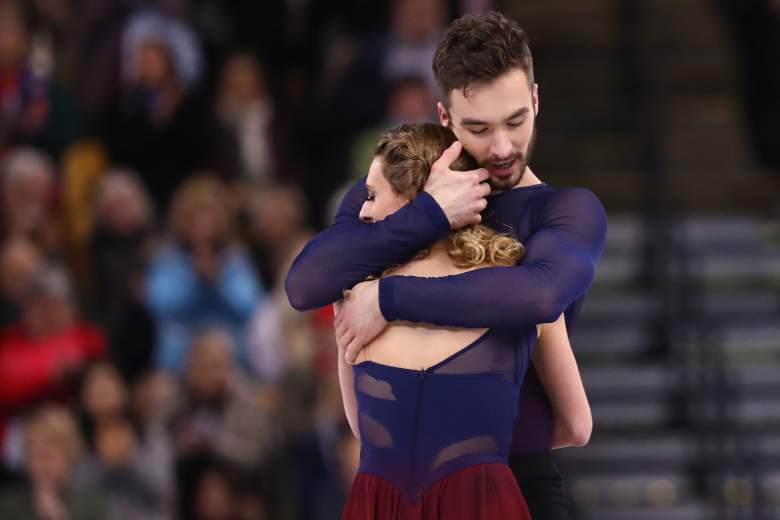 ‌Despite their early success at the junior level, Papadakis and Cizeron struggled to take the next step to senior-level skating. They missed the cut for the 2014 Sochi Games, but refused to let the challenges affect their determination.

The pair moved from France to Montreal ahead of the 2014-15 season and began working with coaches Marie-France Dubreuil, Patrice Lauzon and Romain Haguenauer. They also started skating full-time and, quite suddenly, things began to improve. Papadakis and Cizeron won world and European titles that season.

She explained the change in their approach, telling NBC Olympics:

We weren’t taking skating as seriously as we do now. It was just something that we did a lot, but we were also going to school and having normal lives. We weren’t completely dedicated to it as we are now. After that, we moved to Montreal and we started working with that amazing team that’s really professional. … Our skating, we improved a lot, and also our off-ice training, mental condition, everything.

The change worked. Papdakis and Cizeron have now won two world titles and four straight European crowns, including a performance in Moscow in January 2018 that thrust them into the spotlight and the discussion regarding Olympic gold.

3. Papadakis Sustained a Cerebral Concussion During Practice in August 2015

It hasn’t always been easy for the pair and the duo suffered a major setback in the fall of 2015 when Papadakis suffered a fall in practice. She was later diagnosed with a concussion that kept her off the ice for weeks, leaving Cizeron to train on his own.

Which, of course, is rather difficult when it comes to a pairs event.

According to the pair’s coach Marie-France Dubreuil, “They clipped each other’s blades, and she fell right on her head. The symptoms were instant. We could see she was walking wobbly; she had trouble putting words together.”

The pair withdrew from their Grand Prix events and Papadakis struggled to get back into competition form. Still, the duo stayed hopeful that they would get back on the ice together before the end of the year and did in December, returning to win their second national title and, the following month, captured their second straight European title.

2017 was a good year for Papadakis and Cizeron.

The French pair became the first-ever ice dancers to break the 200-point barrier, winning the ISU Grand Audi Cup of China in November. The duo had also set a personal best of 81.10 points in the short program before notching a 119.33 in the free dance for a record-breaking total of 200.43. The score blew past their previous personal best of 196.04.

“It’s been a really good start to the season,” Cizeron said. “We’ve had a lot of good results, and this shows how hard we’ve trained this summer and how consistent our work is with our coaches. I think we really owe these scores to our work and the support of our team and federation.”

Just two weeks later, Papadakis and Cizeron were back at it again, becoming the first ice dance team to break the 120-point mark in the free dance. And, for good measure, they broke their own record, again, as well, scoring 201.98 points overall at the Grand Prix France.

5. Papadakis Suffered a Wardrobe Malfunction During the Short Program at PyeongChang 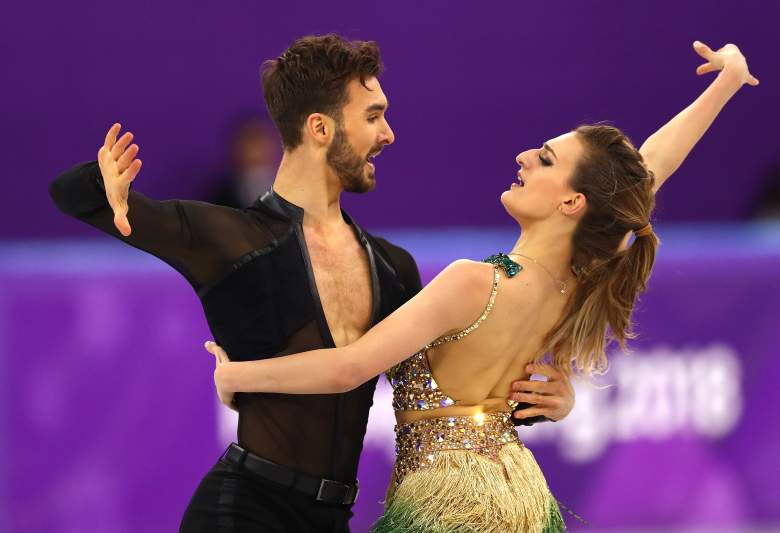 ‌Papadakis and Cizeron delivered a dominant performance during the short program at the PyeongChang games, but, unfortunately, their score was overshadowed by a wardrobe malfunction on the ice.

The mishap took place early in the performance when the top of Papadakis’ dress came unfastened. She was able to skate through it, but the final element of the performance proved a particular challenge when Papdakis threw herself backwards and her costume rode up, leaving her exposed and on camera.

Papadakis, of course, was frustrated afterwards, leaving the ice with tears on her face and she was quick to admit that the miscue wasn’t one she’d like to repeat. She told reporters afterwards:

It was my worst nightmare, happening at the Olympics. Yeah, I was pretty distracted. It happened in the first few seconds. I told myself I didn’t have a choice and that I had to keep going. I think we should be proud we were able to deliver a strong performance with that happening. I felt it right away, and then I prayed. That is about all I could do.

Despite the wardrobe issue, Papadakis and Cizeron still recorded a score of 81.93, putting them in second place behind Canada’s Tessa Virtue and Scott Moir.