Getty He's played around the world, but now Mark Arcobello is ready to take on the world with USA Hockey.

He’s a record-setting journeyman, whose played for more NHL teams than he cares to admit, but Mark Arcobello isn’t worried about his past right now.

He’s worried about the next shift and the next shot and the chance at Olympic glory. The Connective native is making his Olympic debut at PyeongChang, looking to lead Team USA to a podium appearance and notch another impressive moment on his already jam-packed resume.

Here’s everything you need to know about him:

1. Arcobello Was a Standout at Yale University for Four Years

After growing up on the ice in Milford, Connecticut – where he got his hockey start playing for his father – Arcobello took his talents to the Ivy League, competing for Yale University for four seasons.

Arcobello appeared in 131 games, scoring 116 points (49 goals, 67 assists) during his career with the Bulldogs. He led the team in scoring in 2008-09 and was named to the First Team All-New England, All-ECAC and All-Ivy teams.

His best moment, however, came on February 27, 2009 when he scored the game-winning goal and added three assists to lead Yale to a 4-2 victory over Cornell that clinched the ECAC regular-season title.

Despite solid stats throughout his college career, Arcobella went undrafted after graduation, playing the 2010-11 season in the minor league with two affiliates of the Edmonton Oilers. The team signed him to a two-year, entry-level contract on April 1, 2011.

2. He Plays for SC Bern in Switzerland

Arcobello took his talents overseas after the conclusion of the 2015-16 NHL season, inking a two-year deal with SC Bern of the National League in Switzerland. He made his league debut on September 9, 2016, scoring his first goal just 44 seconds into the first period play.

And it only got better from there.

Arcobello chipped in three more assists in his first game with the squad, going on to finish the 2016-17 regular season as the league’s top scorer with 25 goals and 30 assists in just 50 regular-season games. He also took home regular-season MVP honors and followed up the performance by leading Bern to the 2017 NL title.

He’ll sticking around for awhile, as well, inking his name on a two-year contract extension with Bern on May 9, 2017. The deal, which reportedly includes a big-time pay day for Arcobello, will keep him in the league through the 2019-20 season. It doesn’t, however, an NHL out clause.

Arcobello explained his decision to resign, telling the Connecticut Post: “I decided to sign in Bern because I was tired of the ups and downs between the AHL and NHL and the uncertainty of where I will be living and playing. In Switzerland I am home every night as our farthest road trip is only three hours. There are no trades or waivers so I have the security of knowing where I’ll be playing the entire season.”

Where in the league was Arcobello?

That was the question plenty of NHL fans asked themselves during the 2014-15 season as the Connecticut native matched a league record,  playing on four different teams in the same year. Arcobello, who played for the Oilers, the Predators, the Penguins and, finally, the Coyotes in the course of the season, described the journey to the New York Times:

It’s been crazy, but it’s a good experience, I think. I can now say I’ve been traded, picked off waivers, been on four teams in one year. I’ve seen a lot of coaches, a lot of players. It’s kind of a cool experience. I don’t know if that’s a really good [record] to tie.

The NHL journey didn’t end in Arizona. Arcobello wasn’t tendered a qualifying offer with the Coyotes and, on July 1, 2015, joined his fifth team when he signed with the Toronto Maple Leafs. He played a handful of games early in the 2015-16 season, but was reassigned to the minors for the majority of the year.

4. Arcobello Is Making His Olympic Debut in PyeongChang 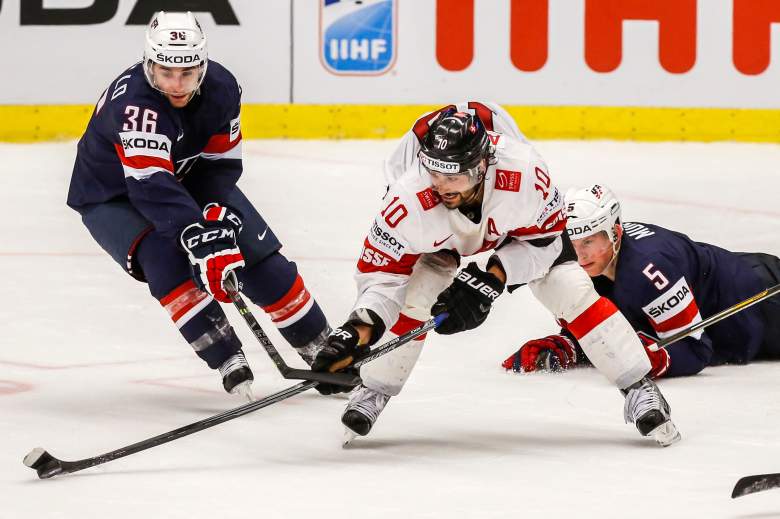 His career has taken him all over the league and all over the world, but there’s always been one consistent thing Arcobello loves about hockey – getting the chance to represent his country.

“Putting on the USA sweater is really one of the greatest honors you could possible have,” he told NBC Olympics.

And while he’s making his Olympic debut in PyeongChang, this isn’t the first time Arcobello has represented the United States. He ended his roller coaster 2015 season playing at the World Championship, winning a bronze medal and, in ten games, scoring one goal and notching two assists.

Now, he’s got his sights set on leading Team USA to the podium, sparked by a solid performance at the Deutschland Cup in 2017 – the one and only pre-Olympic tournament the squad competed in. It’s an opportunity he wasn’t entirely expecting, but one he’s determined not to waste, just like his entire career.

Arcobello explained how much the Games mean to him, telling the Hartford Courant: “It gave players like me a unique opportunity to represent our country on the biggest stage. I knew I had a chance to make the team, since I had a really good first season in Europe. As the process developed, it got more and more apparent that I had a real shot at being on this team.” 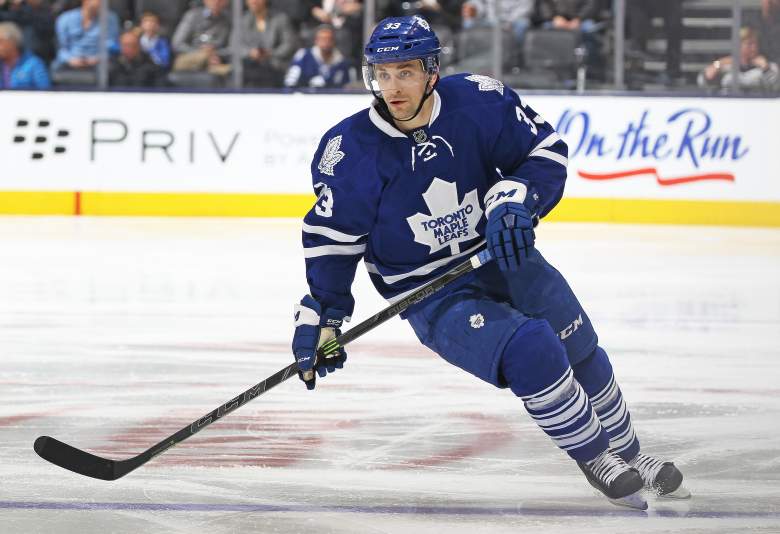 ‌The pair became Mr. and Mrs. in July 2016, holding a wedding in front of family and friends near Arcobello hometown in Lordship, Connecticut. Although Mark and Mollie have criss-crossed the globe because of his career, the two still find time for their fair share of hobbies and interests off the ice.

According to his Team USA profile, Mark is a big-time fishing fan and can often be found on the water when he isn’t lacing up his skates. He and Mollie also enjoy taking to the putting greens and can sometimes be found camped on the couch watching Modern Family reruns.

There’s also a bit of a wedding reunion happening at the Games. Arcobello and Sean Backman were groomsmen at each other’s weddings and, now, are teaming up again with their sights set on an Olympic medal.