Getty Rhode Island coach Dan Hurley credits his family for his success on the sidelines.

Dan Hurley grew up around basketball, but now the Rhode Island men’s hoop coach is hoping to make a name for himself.

His squad spent most of the season ranked in the top 25 and the spotlight has been shining just a bit brighter over the last few weeks, particularly after reports started to surface that Hurley might be on his way to the head coaching gig at UConn. Still, the New Jersey native is as focused as ever on Rhode Island’s success and making a deep run into the NCAA Tournament. Here’s everything you need to know about Hurley and the family that helped shape his coaching resume: 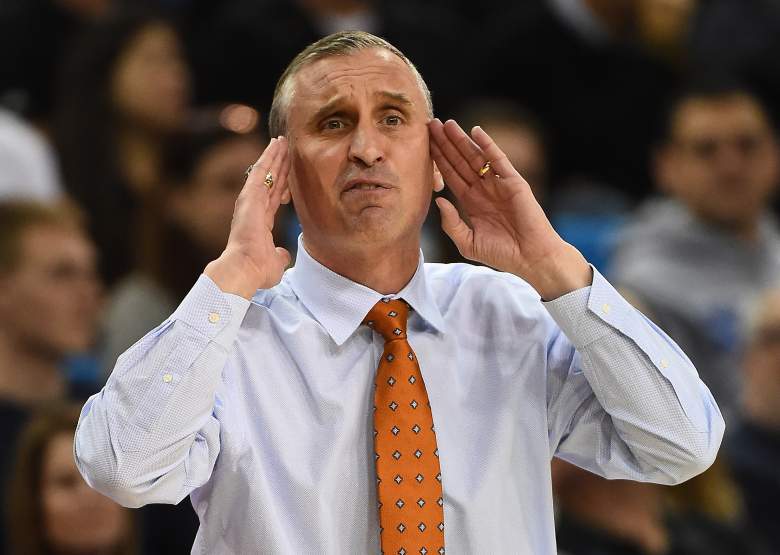 Hurley is still one of the most recognizable names in college basketball – after a prolific career at Duke that included three Final Four appearances and consecutive national championships in 1991 and 1992. He also set the NCAA record for career assists with 1,076 and went on to play five years in the NBA with the Sacramento Kings and Vancouver Grizzlies.

Now, however, Hurley has turned his attention to coaching, taking his first head coaching job at the University of Buffalo before moving on to Arizona State in April 2015. And, this year, Hurley and his players celebrated a less-than-guaranteed NCAA Tournament berth in a big way – at his house with an impromptu pool party. Check it out:

And if you need a few more Hurley-family emotions, just check out Dan’s reaction to seeing his brother’s team go dancing. This one is pretty fantastic:

There was a chance the Hurley brothers could have met in this year’s NCAA Tournament – but ASU fell to Syracuse in its First Four matchup on March 14.

2. His Father, Bob, Was a Hall of Fame High School Coach

The Hurley family has always been associated with basketball and for good reason – Bob Hurley Sr. was a force in the high school game for decades, coaching at the now-closed St. Anthony’s in Jersey City, New Jersey.

Bob led St. Anthony’s to 28 state championships and racked up more than 1,000 wins in his 39 years as a coach. In 2010, he was inducted into the Basketball Hall of Fame, the highpoint in a career that was chock-full of incredible moments for the entire Hurley family.

“We all feel a part of it,” Bobby Hurley, who became a star at Duke, told NJ.com. “We grew up with St. Anthony — it was always such a big part of our family growing up.”

After years of fundraisers and almosts, St. Anthony’s closed its doors for good in 2017 and rumors swirled about what Bob Hurley would do next. There was talk of taking over another high-school program or even heading to TV, but for now the legendary coach is content to simply watch his two sons and everything their teams are set to accomplish.

After all, it’s not every day a father gets to see two of his children compete in the NCAA Tournament at the same time. “I said to my wife that I’m more nervous than she could ever be because I know everything that could go wrong,” Bob told The Washington Post. “I’m watching everything under the sun. Nobody knows how many things are going on. Coaches do.”

3. He Credits His Brother’s Support for Getting Him Into Coaching 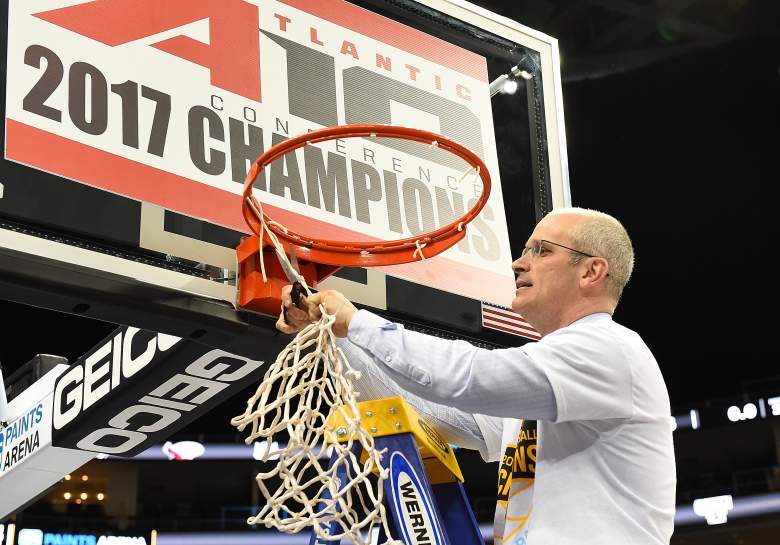 Hurley never quite planned on becoming a Division I basketball coach. As far as he was concerned, his role was exactly the same as his father’s – a high school coach and pillar of the community. Hurley spent pent nine years at St. Benedict’s Prep in Newark and planned on staying with the program for the foreseeable future when he got a phone call from Wagner College in 2010.‌

And, suddenly, everything changed.

The Division I seed had been planted and Hurley couldn’t turn down the offer. He also sought support from the one person he knew would understand – his brother Bobby. Hurley told The New York Post:

My vision for my life was to follow the path of my father, and Bob pushed me a little bit. It took a little convincing to take that [Wagner] job, and [we said] let’s do this together, and we reflected on that [Friday] night and how it’s changed our lives and changed the lives of our family. It was a nice moment.

Hurley made sure the moment continued. He brought his brother with him to Wagner as an assistant and then, again, when he moved to Rhode Island 2012.

4. Hurley & His Wife Andrea Are Avid Supporters of Coaches vs. Cancer

Andrea Hurley has never been content just to sit in the stands.

In fact, she’s been on a mission since she and Dan arrived at the University of Rhode Island and, so far, she’s been more than successful – as of 2016, the pair had raised over $15,000 for Coaches vs. Cancer.

Of course, there’s a reason for the fundraising. Andrea’s father, Ken Sirakides, passed away from colon cancer in 2005 and, since then, she’s been determined to make sure no other family has to experience that kind of grief. She told the Providence Journal:

I don’t want anybody to ever feel like I felt with my dad.  He’s missed so much…I know we’ve come so far with treatment. Go get your physical. Yearly physicals are so important — they can detect cancer early. If you can detect it early enough, then your survival rate is so much better with the treatment we have today.

Andrea has worked with the Rhode Island basketball program since her husband became head coach, raising funds and sponsoring an annual 5K road race around campus, as well as participating in the Suits and Sneakers game every year.

Melissa, who told NJ.com that her earliest memories are “of a stuffy high school gymnasium” didn’t follow in her family’s basketball footsteps, turning her attention, instead, to the classroom. She worked as a teacher at P.S. 28 in Jersey City – where she also met her husband, Gabe Ursic.

Melissa, most recently, however, made headlines in 2017 when she shared a photo of her eight-year-old son, Gabe, after he fell asleep with Bob Hurley Sr.’s ESPY award. It was an adorable moment that took some of the bitter out of the bittersweet award, presented to Hurley after St. Anthony’s – the school synonymous with basketball success and the Hurley family – officially closed its doors a few years before.