It is a common theme to find a great spouse behind an athlete, but few are as hands on as Patrick Reed’s wife, Justine Reed. Justine spent a few years as Patrick’s caddie prior to giving birth to the couple’s two children. Now, Justine settles for helping her husband plan for each course.

Patrick’s swing coach, Kevin Kirk, spoke to Golf.com about the impact Justine has had on Patrick’s success.

“She’s like an extra set of eyes for me,” Kirk told Golf.com. “I don’t think that kind of togetherness would work for most couples, but they thrive on it.”

1. Justine Served as Patrick’s Caddie His First 2 Years on the PGA Tour, Prior to Her Pregnancies

Justine served as Patrick’s caddie the first two years he was on the PGA Tour. Patrick admitted he tested her to see if she could handle it as Justine is just 5’1″. According to Golf Channel, he put extra water bottles and rain gear in his bag to see if Justine could handle the weight.

“I made it the heaviest I could to see if she could do it,” Patrick told Golf Channel.

Justine gave up being caddie after her first pregnancy, but the bag stayed in the family as her brother, Kessler Karain, took over the gig.

“We were wondering how the transition would be,” Patrick told PGA.com. “I trained him like I trained Justine. I guess it just runs in the family. He was really good when it came to wind and club selection. She played a little bit in high school, and her brother played a lot in high school. I don’t know what it is. That family has it when it comes to giving me advice.”

Justine still is heavily involved in Patrick’s planning process for each tournament. Golf.com detailed how much work Justine puts in to helping her husband on the golf course.

Before every tournament Justine still plots strategy with Patrick hole by hole, and afterward she debriefs him about errant shots. She rarely misses a practice session and is in regular contact with Patrick’s swing coach, Kevin Kirk.

2. Patrick Rescued Justine After She Suffered a Seizure & Was Seconds Away From Death

GettyPatrick and Justine Reed look at the course during the 2017 Masters Par 3 Tournament.

Justine was hospitalized in 2014 after suffering a grand mal seizure while taking a bath. The common cause of this type of seizure is low magnesium and potassium levels. Patrick was able to pull her out of the bathtub, and performed the Heimlich a couple times before she started breathing again. According to Golf.com, if Patrick had found her a few seconds later she would have died.

“She was submerged, shaking uncontrollably,” Patrick told Golf.com. “She wasn’t breathing, and her skin had no color. I ripped her out of the tub, but I don’t know CPR so I turned her around and did the Heimlich. She’s still not breathing. I did the Heimlich again, and this time she coughed up a bunch of water and finally started breathing again. It was terrifying. Doctors said if I was 10 or 15 seconds later, she would be gone.”

Just hanging out with my little man, Barrett Benjamin after the round yesterday! @nikegolf @hublot @ultimatesoftware Enjoying our time @apinv @pgatour #USA ??

Justine and Patrick welcomed their second child to the family when their son Barrett Benjamin Reed was born on December 6, 2017.

“I’m so happy to announce that our handsome son, BARRETT BENJAMIN REED was born yesterday at 11:42am!” Patrick tweeted. “Justine & Barrett Benjamin are doing great! Thanks so much for the well wishes!”

The Reeds had a bit of fun revealing the gender of their second child. Patrick posted this photo of him hitting an golf ball that exploded blue.

It's a BOY! We're so excited! Thank you everyone for the well wishes! #teamreed

The couple also has a three-year old daughter, Windsor-Wells. It was Justine’s pregnancy with Windsor that caused her to give up the caddie bag.

4. Patrick’s Parents Were Not Invited to Justine & Patrick’s Wedding

A 2015 Golf.com article detailed tension between the couple and Patrick’s parents, Bill and Jeannette. His parents along with his sister, Hannah, who all live in Augusta were not invited to the couple’s 2012 wedding. According to Golf.com, Jeannette believes the tension comes from their assertion that Patrick was too young to get married. Golf.com described their relationship including Patrick’s parents being escorted out of a PGA tournament.

When Patrick made his Masters debut a few months later, they were not inside the gates of Augusta National. They’ve had no contact with their son since he got married, despite repeatedly emailing him and reaching out through intermediaries. A friend of Bill and Jeannette’s had extra tickets to the 2014 U.S. Open, so with some trepidation, they went to Pinehurst No. 2 and followed Patrick throughout the second round. Justine was also in the gallery, but no words were exchanged. Walking up the 18th hole, Bill, Jeannette and Hannah were surrounded by police officers. They ultimately were escorted off the grounds and had their tournament badges confiscated by a USGA official who, according to Jeannette, said he was acting on Justine’s wishes. (Patrick and Justine declined to comment on any aspect of their relationship with his parents.)

In a Facebook post obtained by The Sun, Justine painted a very different picture of Patrick’s parents.

“His parents verbally and physically abused him for most of his life, abused alcohol, and would get in fist fights with him in the parking lots after bad rounds,” Justine noted in a lengthy Facebook post.

Time has passed since these articles, but if the family has reconciled is has not been made public. Patrick’s mother frequently posts on Twitter about Patrick’s golf career.

My wife, best friend, rock and teammate. Happy Mother's Day Justine – we all love you very much and appreciate all that you do for us. #mothersday

After his freshman year at Georgia did not go as planned, Patrick transferred to Augusta State. He would meet his wife in the same town where he would later enjoy success at the Masters. According to Golf.com, Justine had already earned two undergraduate degrees when Patrick turned pro in 2011.

Prior to becoming Patrick’s caddie, Justine was working as a nurse. She was a swimmer and soccer player at Klein Forest High in Houston. Patrick spoke with Golf.com about the competitiveness of his wife.

“She helped me so much,” Patrick told Golf.com. “When the gun goes off, I want to fire at every flag and try to birdie every hole, but she’s very poised, and she would get me to slow down and think things through.” 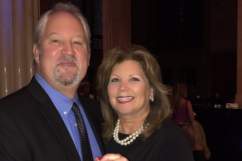