Getty Iceland may have a small population, but have created an organized soccer program that many around the world admire.

Iceland has a population of 337,745 people which ranks it as the 180th largest country by population, per World O Meters. According to Sports Illustrated, this is about the same size as Peoria, Illinois.

The country’s size has garnered attention, because it is much smaller than the majority of teams competing in the World Cup. Iceland has turned what many perceive to be a weakness into a strength. Iceland’s soccer program is organized from the youth leagues all the way up to the national team. Young people are taught by certified coaches who are paid a good salary. Iceland’s technical director Arnar Bill Gunnarsson spoke with Sports Illustrated about how it is easier for them to get the soccer program organized because of its smaller size.

“It’s easy to organize the game,” Gunnarsson explained to Sports Illustrated. “The culture is really good. Because we are so few, we treat everyone very well. For example, kids at the age of 10, they would have—both boys and girls—three training sessions a week on an artificial pitch with a qualified coach, and everyone gets the same service.”

Iceland not only qualified for the 2018 World Cup, but has proven they can compete with top countries. Iceland upset England at Euro 2016, and tied Argentina to start off the World Cup. At the core of Iceland’s success has been their commitment to youth soccer. As ESPN the Magazine explains, the government provides a subsidy to make participating in youth leagues affordable for families.

Breidablik has 1,600 youths on its squads. Last summer, it entered 22 teams in a single tournament for 12-and-unders. It owns a fleet of vans that retrieve team members from schools and shuttle them to practice. Annual fees total about $1,000, which isn’t cheap even in a country where a takeout chicken can cost $50. But here’s the thing: The Kopavogur city government pays almost $400 of that. Reykjavik and other municipalities do the same for their clubs. Government sponsorship of sports is seen as a worthy investment. “A bigger percentage of Icelandic kids play football than anywhere else,” says KSI’s Bergsson. While that’s statistically difficult to validate, UEFA verifies that the country’s participation rates are almost double the European average.

The subsidy helps pay for the coaches and assistants on the Breidablik staff, 74 of them on a single club. The trend of plentiful coaching is the same at all of them.

Iceland manager Heimir Hallgrímsson has garnered attention for his commitment to his dentist practice, but the coach has also done a good job getting the most of Iceland’s squad. Hallgrimsson is non-traditional is his methods, choosing to meet with supporters at a pub on match day to reveal the starting XI along with their strategy. Hallgrimsson cites the country’s infrastructure as a big reason for their success.

“We try to use it to our benefit, our size,” Hallgrimsson explained to Sports Illustrated. “One thing is our youth development. It’s easy to implement changes around a small country. The connection between the coaches is quite good. When a new thing comes, it quickly spreads around. You know this guy is doing it, this girl is doing it, so I’m going to do that too. We kind of push each other step by step. It’s easy when you have close connection lines between people. You know the supporters, some of them personally. Maybe you’re related to them. And they know each other. Of course, it has its disadvantages to have small numbers of people, but you can use so many things to your benefit, and you should always try to use your strengths.” 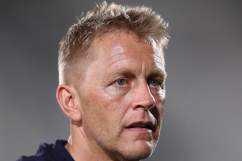