J.R. Smith’s play in Game 1 of the NBA Finals became the focal point of controversy, sending meme creators into overdrive. “JR Smith makes $13 million a year to play basketball, and didn’t know the score of Game 1 of the Finals with 5 seconds left,” wrote on Twitter user, summing it up.

The memes were brutal.

LeBron on his phone… pic.twitter.com/5jiquRxg3v

To put it bluntly, it appeared that Smith had forgotten the score. LeBron James’ priceless reaction was the centerpiece for many memes and jokes that hit Twitter within minutes. First, here it is in slow motion again so you can see what people had to work with (namely, a lot).

This is a top 5 gif. pic.twitter.com/NhCyv8JakG

Smith continued to dribble the ball as the clock ran out, robbing the Cleveland Cavaliers of a chance to score and win the game. The team then lost in overtime, making Smith the subject of mockery and anger on social media. Here are some of the best GIFs, memes, tweets and jokes about J.R. Smith, LeBron James, and Game 1. It appeared that J.R. Smith and LeBron James were about to supplant Drake in memeland. “Jr Smith memes bout to trump the Drake memes rn ???” one Twitter user wrote. Another declared: “Jr Smith is the goat.”

LeBron James became the subject of many memes because of his expressive reaction to Smith’s failure to appreciate the clock and score. James’ exasperation was golden fodder for people on social media. After all, LeBron scored 51 points, and his team still lost. Some of the funniest memes poked fun at LeBron’s reaction as if he’d become the new “Crying Jordan.”

That doesn’t mean J.R. Smith was off the hook.

Imagine being this poor Twitter user who wrote, “Can someone explain the JR smith memes i didnt see the game.” Another user wrote, “These JR Smith memes got me in tears ?” Concluded one woman, “JR Smith has me up past my bedtime crying at all these memes. Twitter never fails.”

Come to think of it, the LeBron James reaction memes were funniest.

JR Smith had one job! pic.twitter.com/gh73xWNPbt

Fresh off the finals meme presses… That face you made as kids when your mom gave you & your sibling(s) $$$ to eat, but they use it all. #Memes #NBAFinals #NBA #Cavs #Lebron #JRSmith pic.twitter.com/1WuK2ltQZZ

Some people took it a little bit farther than what actually happened in real life.

Some people are really good at Photoshop.

Need more LeBron/JR Smith memes. Need. Leave them in this thread for all to enjoy. pic.twitter.com/4KHI8YfqOo

LeBron leaving the press conference was a thing too.

Instant replay of JR Smith and LeBron in the closing seconds of regulation. pic.twitter.com/8qYCv7mBQf

There was this creative instant replay above.

One Twitter user wrote, “This helped me cope with/ the Cavs loss. But here’s to #JRSmith & the Refs not sabotaging any more potential wins!! #WhateverItTakes #NBAFinals Also I think I may be addicted to making memes. ✍???” and then offered up this gem:

This helped me cope with/ the Cavs loss. But here's to #JRSmith & the Refs not sabotaging any more potential wins!! #WhateverItTakes #NBAFinals
.
Also I think I may be addicted to making memes. ✍??? pic.twitter.com/Q3ScqqTV2o

What about George Hill and that freethrow?

Jr when he scores on the other teams hoop #Jrsmith pic.twitter.com/edLOMsUEhV

Some people played “caption this expression.” One favorite: “You had FIVE burner accounts and didn’t think The Ringer would find out?”

“You had FIVE burner accounts and didn’t think The Ringer would find out?” pic.twitter.com/kEV0NvEKqC

Another entry in the game of “caption this.”

Something about an Uber.

Wrote one Twitter user, “I woke up out of a dead sleep. Had no clue what happened in the #NBAFinals. Wanted to check the final score quick and go back to sleep. Now I’m laying up in bed just crying at JR Smith memes.” Another person tweeted, “I don’t even watch basketball. I haven’t in 20 something years. But that JR Smith mess up was incredible to watch and I’m very entertained by the memes.”

Thank you JR Smith you have me laughing so much right now pic.twitter.com/jkUGPbUyfx

Crying Jordan? How about Pouting LeBron?

It's new, it's called Pouting @KingJames… you know like Crying Jordan but this is new pic.twitter.com/jWhOCbYw6u

In case you missed it:

JR Smith thought the Cavs were in the lead!! pic.twitter.com/5NkzVB5G80 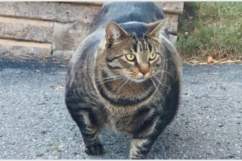