It’s official: the biggest soccer star in the world is on the move.

Portuguese standout Cristiano Ronaldo has left Real Madrid to join Juventus of Italy’s Serie A in one of the biggest transfers in soccer history.

The 33-year-old forward scored an unbelievable 450 goals in 438 games over nine seasons for Madrid. Oh, and he also added 119 assists. Both numbers are club records. Then let’s add in the handful of Ballons d’Or, the Golden Shoes, and numerous La Liga titles, and you can see Ronaldo is undoubtedly one of the all-time greats.

Ronaldo’s transfer is one of the most monumental ever, coming in at about 100 million Euro, the most ever paid by an Italian club. Juventus has won Serie A for seven consecutive seasons. The club’s last UEFA Champions League title came over 20 years ago, back in 1995-96.

And now thanks to online sports retailer Fanatics, you can get the newest Ronaldo Juventus jerseys and other gear as the team readies for the 2018-19 season, which begins on August 19.

Check out the newest Ronaldo jerseys and gear below:

The jersey is made by adidas and made of 100 percent polyester and features adidas’ ClimaLite technology to wick away moisture quickly to keep you cool and dry. Heat-sealed graphics include Ronaldo’s and No. 7 on the back, and the club’s Jeep sponsor logo on the front.

Other features include a tagless collar for extra comfort, ventilated mesh panel inserts for added breathability, and an embroidered adidas logo and the adidas three-stripe design on the shoulders. It’s machine washable, and it’s advised to tumble dry on low or line dry.

This item is also available in kids’ sizes. Click here to get the Ronaldo Juventus Youth Replica Jersey.

Portugal was knocked out of the 2018 World Cup by Uruguay in the Round of 16, but Ronaldo’s national team jersey is still one of the hottest sellers.

Made of 100 percent polyester, the jersey is highlighted by Nike’s patented Dri-Fit technology, which wicks away moisture quickly to keep you cool and dry. Other features include a tagless collar, ventilated mesh panel inserts for added breathability, sewn on Portugal team crest, and an embroidered Nike logo. 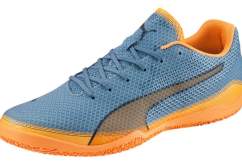 Read More
Cristiano Ronaldo, Real Madrid, Shopping, Soccer, World Cup 2018
wpDiscuz
0
0
Would love your thoughts, please comment.x
()
x
| Reply
Cristiano Ronaldo is headed to Italy's Serie A. Keep reading here to find out how to the get the newest Ronaldo Juventus jerseys and other gear.