New England Patriots kicker Stephen Gostkowski is headed to his sixth Super Bowl, and will take on the Los Angeles Rams with his team this evening.

Stephen is married to Hallie Gostkowski (nee Swearingen). The Gostkowskis, who met in college, have been married since 2008 and have three children together.

1. She Is a Huge Supporter of Her Husband & the Patriots But Lives a Very Private Life

Hallie Gostkowski is a big fan of the Patriots and an even bigger fan of her husband, one of the best kickers in the NFL. Although she supports her guy and will be cheering him on during Super Bowl LIII, Hallie lives a very private life — and keeps things off of social media.

Hallie has an Instagram account but it’s private. She only shares posts with her family and friends — a relatively small group of around 220 people. She is so private, in fact, that she doesn’t even have a public-facing bio.

Hallie Gostkowski was born in Memphis, Tennessee, to parents, Gary and Kathy. She attended Houston High School in Germantown, Tennessee. She went on to study nursing at the University of Memphis, the same school that Stephen attended.

The two actually met in an anatomy class and had instant chemistry. She graduated in 2006. At that time, her now-husband had been drafted by New England and he had moved to Massachusetts to play for one of the best teams in the NFL. The kicker would find his way back to Tennessee to visit his girlfriend, doing the long-distance thing for a while.

The two got engaged in 2007, after a romantic picnic. Gostkowski had flown home in the spring to take his love out for a special afternoon, and she thought that he was going to pop the question during their outing. However, Gostkowski had a different plan.

“[When we got home], we opened the garage door and there was a big banner that said, ‘Hallie, will you marry me?'” Gostkowski recalled during an interview with The Commercial Appeal.

He and his wife have a few travel destinations on their bucket list — including Italy, Australia, and South Africa — but they haven’t been able to get away “because kids are a lot of work,” Gostkowski said.

The couple currently owns a home in Wrentham, just one town over from Gillette Stadium in Foxborough.

Congratulations to Stephen Gostkowski & wife Hallie on the birth of their baby girl. pic.twitter.com/3nXc5Pab9T

Mr. and Mrs. Gostkowski have three young children, sons Slayden Kyle and Gannon William, and a daughter, whose name hasn’t been made public.

Very little is known about the Gostkowski kids, which is likely on purpose. Both Stephen and his wife seem to want to shield their kids from the public eye, despite Stephen having such a “public” job. While he might be a local celebrity, the couple chooses to raise their three kids out of the spotlight.

4. She  Works as a Nurse in Boston 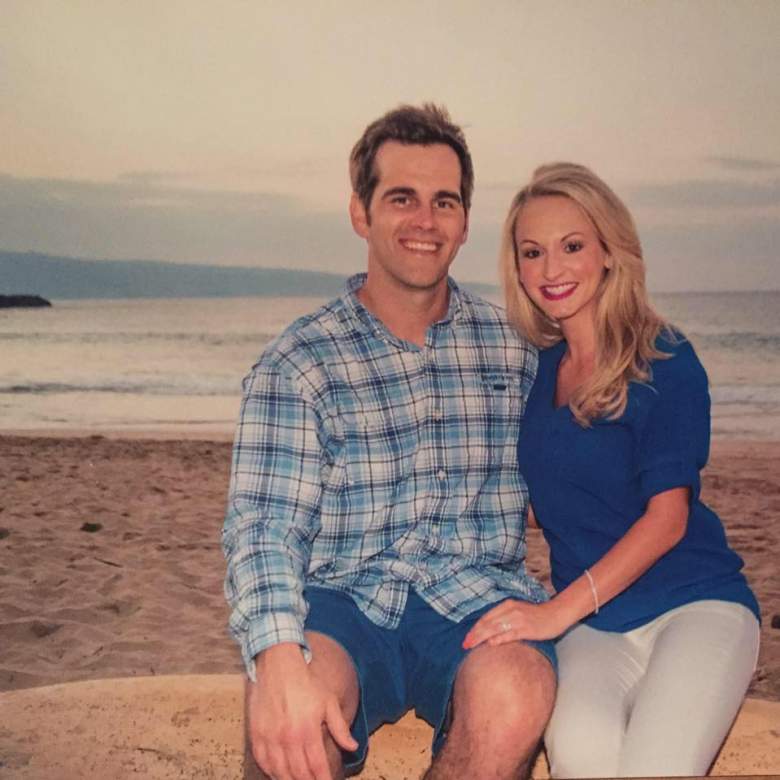 According to Cover32, Hallie works as a nurse in Boston.

“Any time I can come up here, to any kind of hospital with kids involved, and help brighten their day, I’m up for it any day of the week,” Gostkowski told ESPN in 2011. “It’s something I’m passionate about. Any time you have a chance to use your status as a professional athlete, a player, and to just have this jersey on and put a couple of smiles on kids’ faces, it’s very rewarding.”

At the time, Gostkowski told ESPN that his family stays in Boston for 10 months out of the year and he enjoys living so close to Boston’s Children’s Hospital.

“Just knowing that there are places like this to bring him when he’s sick, whether it’s something small or something serious, and they’re going to get taken care of, it helps you sleep at night,” he told ESPN in 2011. His son Slayden was 14 months old at the time.

5. She Was on Hand When He Broke Adam Vinatieri’s Record for Most Career Points for a Patriot

In December 2014, Gostkowski passed Adam Vinatieri’s mark for the most career points for a Patriot. His current total is 1,457 career points.

The game in 2014 was really special for Gostkowski since his family was able to be there. It was also the day before Slayden’s birthday.

“It was a special game for me — it’s my son’s birthday tomorrow and my whole family is in town,” Gostkowski told MassLive. “Just a coincidence of something like that happening at home with a lot of people in town. It was cool because my family doesn’t come to very many games. They just happened to come to this one. I looked over after they announced it and my family was real excited over there, jumping up and down.”