Getty Lamar Jackson #8 of the Baltimore Ravens runs with the ball in the first half of a preseason game against the Green Bay Packers at M&T Bank Stadium on August 15, 2019 in Baltimore, Maryland.

If you were a college football fantasy owner in 2017, you remember how lethal Lamar Jackson was at Louisville. He posted a combined 5,261 yards, including 3,660 through the air, which was even better statistically than his Heisman season the year before.

For NFL fantasy owners, the hope is that Jackson takes the necessary step forward in 2019 for the Ravens. If he does, he could become the reincarnation of Michael Vick. Baltimore traded longtime starter Joe Flacco to Denver this offseason to make room for Jackson, who impressed in backup duty last season.

The 22-year-old passed for 1,201 yards, six touchdowns and three interceptions. On the more negative side, he completed just 58.1 percent of his throws, calling into question his consistency moving the ball with his arm.

As Action Network points out, however, that worry is mitigated by the fact that his rushing stats would have made him one of the best backs in the league, let alone running quarterbacks. He carried the ball 147 times for 695 yards and five scores.

Jackson’s 43.4 yards per game trailed only Josh Allen (52.6) for the highest mark in the league, but that figure is misleading. The Ravens utilized Jackson in sub-packages for a few snaps every week while Flacco was starting, so Jackson’s real average rushing yards per game as a starter actually placed him along elite company at the running back position in 2018.

If the arm and legs combine, Jackson could be due for some seriously gaudy numbers in fantasy this season. What is holding back some people’s enthusiasm is high deep-ball accuracy. Without it, teams can load up defenders towards the line of scrimmage to defend the run and short passing game.

Per CBS Sports, Jackson’s “inaccurate passing to a receiving corps loaded with rookies will make for some disappointing results.”

Jamey Eisenberg of CBS Sports has Jackson as his No. 1 sleeper at quarterback, seeing him as a possible top-12 option behind center.

He scored at least 21 Fantasy points in three of his final six outings last season, and he led all quarterbacks in rushing yards with 695 on 147 attempts. If healthy, Jackson could rush for 1,000 yards this year, and he should pass for at least 3,000 yards if things go according to plan.

Dave Richard of CBS Sports places him in the “Low Risk, High Reward” category for quarterbacks. He justifies Jackson as a good backup option, saying you should draft two signal-callers. Jackson’s legs will guarantee he sees double-digit points each week.

Warren Sharp also notes that Jackson’s passing actually grades well for his age, portending a bump as he develops.

There have been only eleven quarterbacks in NFL history to attempt at least 150 passes when they were 21-years old or younger.

Lamar Jackson was one of eleven.

Where did he rank in passer rating?

Number one of eleven.

With even marginal improvement as a thrower, and continued dominance on the ground, Jackson is a quality option to have on your roster. At the very least, you can trust that he’ll keep your scores afloat during the bye week for your starter. 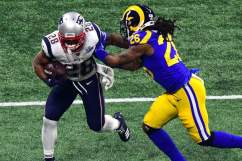