Getty Images Mitchell Trubisky getting ready to pass the ball.

The Chicago Bears will kick off their 100th season against their longtime rival, the Green Bay Packers, Thursday night at Soldier Field. The Bears third-year quarterback, Mitchell Trubisky, who is 1-2 in his career against the Packers, will be at the center of it all.

While those numbers aren’t anything to write home about fantasy football-wise, Trubisky is expected to make another leap in year two of Matt Nagy’s offense, and with his rushing skills also taken into consideration, he should be a solid fantasy quarterback this season. He ran for 421 yards and three scores last season, which was fifth among all starting quarterbacks. But should you start him week one against the Packers? 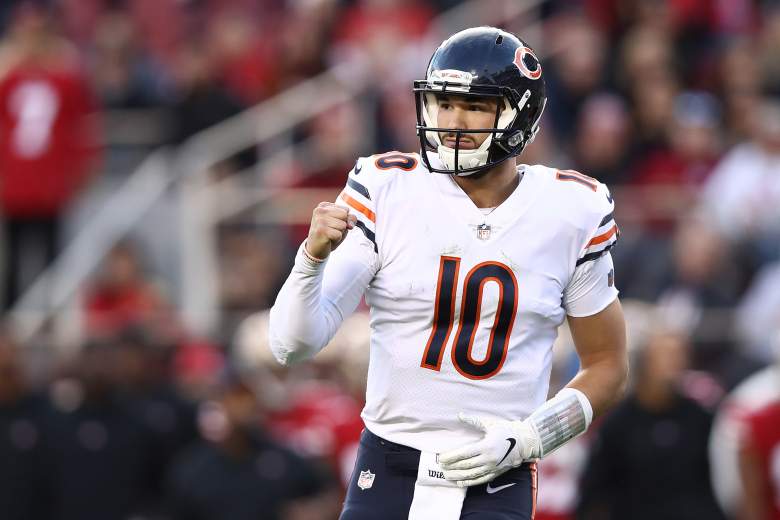 Trubisky has played fairly well against the Packers. In his three career games against them, he has thrown for 703 yards, three touchdowns, and no interceptions. He has also rushed for a score. He also seems to play better against Green Bay when he’s at Soldier Field.

Last season, when the Bears went to Lambeau Field week one, Trubisky had an uneven game. He went 23-35 for 171 yards, no passing touchdowns, and a rushing touchdown. He finished that game with 14 fantasy points.

When the two teams met again in December in Chicago, Trubisky went 20-28 for 235 yards, two touchdowns, and no interceptions. He did have a fumble in that game, which left his fantasy tally at 19 points.

This Packers defense gave up 17.8 fantasy points to quarterbacks per game last season, which isn’t bad, but they were tied for second-to-last in the league with only seven interceptions all season. They have attempted to revamp their defense this offseason, and some say that their new defensive unit under Mike Pettine can be elite. Trubisky will certainly be tested Thursday night.

Should You Start or Sit Mitchell Trubisky in Week 1? 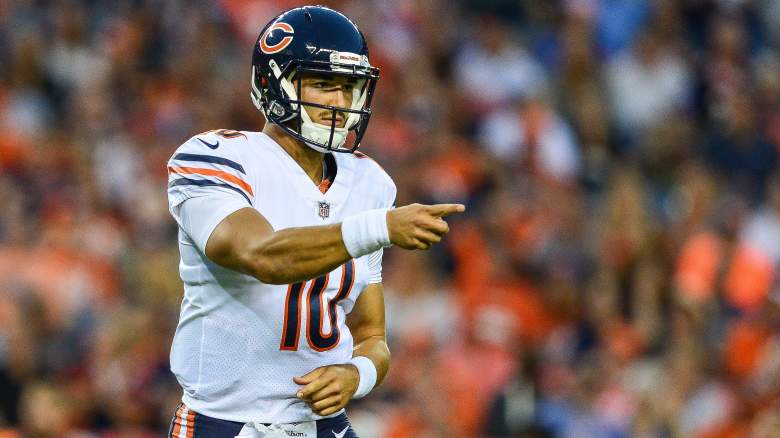 Starting Trubisky week one while there is still a degree of uncertainty as to whether or not he can take the next step is a definite risk–but it might be one worth taking.

Trubisky has a few weapons in the passing game who just may chalk up a good deal of YACs for the young QB: David Montgomery and Cordarrelle Patterson. Montgomery promises to be a yardage machine, and with an improved ground game, Trubisky will likely see more lanes open up downfield.

Trubisky has also further developed his chemistry with his wide receivers, especially his WR1 Allen Robinson. Anthony Miller is also much healthier this season, which bodes well for the team offensively. Trubisky’s rushing abilities should not be overlooked in this game–or in any game. His legs will always be an asset in PPR and non-PPR leagues.

One thing to consider that adds an extra layer of drama to this game: the Bears and Trubisky will be facing a former teammate in safety Adrian Amos, who left the Bears and signed a new contract with Green Bay this offseason.

Amos is a solid safety, and he may get the best of Trubisky on a few plays, but look for the Bears arsenal of offensive weapons to win out. Trubisky had one turnover against the Packers last season, and he took care of the ball well. Look for that to continue Thursday night, and look for Trubisky to have a sneakily good game stats-wise.

Final Verdict: Start him. His weapons will help pad his stats, and his legs could rack up some yardage.