Getty The Tampa Bay Buccaneers visit the New Orleans Saints. Who will win? Will the Bucs cover the spread?

The New Orleans Saints have been doing all right considering they lost their starting quarterback for nearly half of the season. After losing Drew Brees for a projected 6-8 weeks with a thumb injury, the Saints are currently 3-1, and they have an important divisional match coming up against the Tampa Bay Buccaneers (2-2) at home on Sunday.

Fresh from a 55-40 trouncing of the Los Angeles Rams, the Buccaneers are riding high, while the Saints are also coming off a crucial win Sunday night against a very good Cowboys team. There will be some very key matchups that determine the outcome of this one. 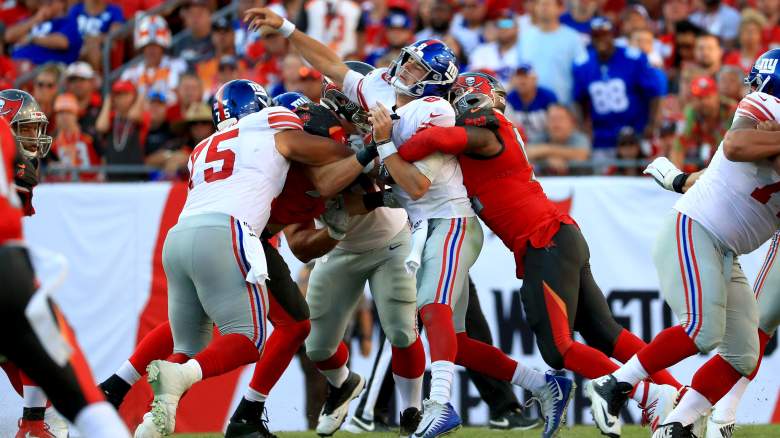 GettyTAMPA, FLORIDA – SEPTEMBER 22: Daniel Jones #8 of the New York Giants is hit by Shaquil Barrett #58 of the Tampa Bay Buccaneers. Will the Bucs be able to beat the Saints week 5 behind this defense? (Photo by Mike Ehrmann/Getty Images)

Tampa Bay will likely focus on trying to stop the Saints powerhouse running back Alvin Kamara and backup Latavius Murray while containing Teddy Bridgewater upfront. “They’re going to make it challenging at the line of scrimmage for your quarterback to just go up and call any run,” Saints coach Sean Payton said. “It’s a heavy front and it’s a pressure front.”

The Bucs currently have the NFL’s best-run defense. They have faced and shut down the likes of Todd Gurley and Christian McCaffrey. They also have Shaquil Barrett, who is off to a ridiculous start and should be double-teamed by every offense he faces merely out of respect.

That said, the Bucs defense is also giving up 29.2 points per game and 1,283 yards passing. If Kamara can get involved in the passing game a bit more, and Bridgewater can exploit a weak Buccaneers secondary, the Saints can score some points. 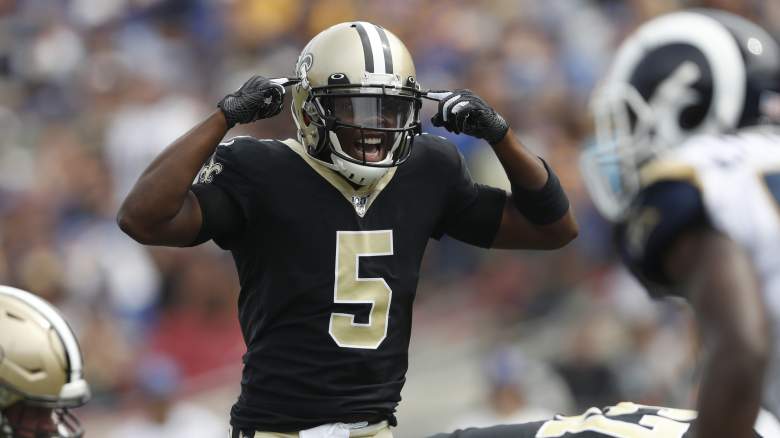 The Saints offense currently ranks 26th in the league and isn’t the same without Drew Brees under center. Teddy Bridgewater has been adequate, but he’ll need to make some plays against this tough Bucs defense. If he can exploit the secondary and Sean Payton can find creative ways to integrate Kamara, the Saints will have an excellent chance to win this game.

The Saints defense is giving up 23 points a game and is fresh from a dominant performance against Dallas. They’ll be going up against arguably the league’s best wide receiving duo in Mike Evans and Chris Godwin. If they can shut down one of the two stellar Bucs receivers, that would help their offense immensely.

Here are some trends surrounding the game courtesy of Odds Shark:

• The total has gone UNDER in 14 of New Orleans’ last 20 games against Tampa Bay.

Odds Shark has the Bucs favored by three, with an over / underscore of 45.5 and a projected final score of Bucs 22.2, Saints 21.9, which is obviously extremely close. The Saints are 3-point favorites, and Odds Shark likes the Bucs to eke out a win and cover the spread, with the total score under 45.5 points. We agree with them on everything but the outcome. Take the Bucs +3, but look for the Saints to win a close one at home with the help of the foot of Will Lutz.