The Chicago Bears suffered their fourth loss in a row Sunday when they fell to the Philadelphia Eagles, 22-14.

The Bears were dreadfully bad on offense the first half and their defense buckled in the fourth quarter despite whiffs of a potential comeback that began in the third quarter. The Bears also were bitten by the penalty bug yet again. At the end of the first half, they had a very ugly statistic on their hands: nine yards and eight penalties.

#Bears in the first half:
2 first downs
9 total yards.
0/6 on third down
3 sacks allowed
8 penalties.

Four of those penalties were called on the defense for neutral zone infractions–and one of those calls went against All-Pro linebacker Khalil Mack. Two went against Aaron Lynch, while another offsides penalty was called on nose tackle Eddie Goldman. Mack had a few things to say about these calls specifically–not about the officiating, but about a particular Philadelphia Eagles player whose play he didn’t appreciate during the game. 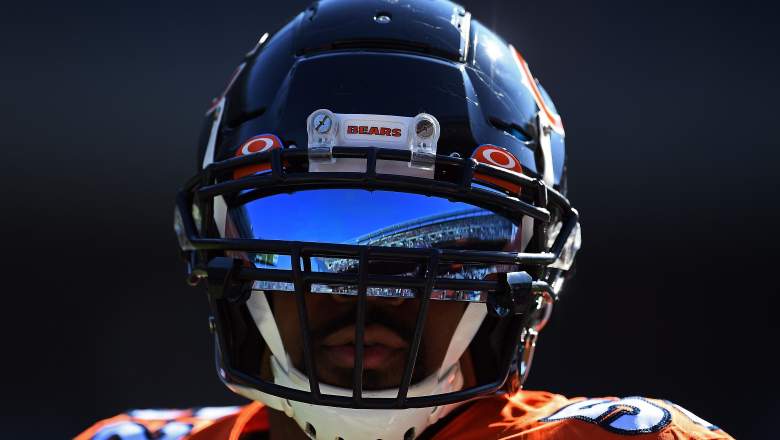 In post-game interviews, when asked about the neutral zone infractions, Mack was not silent. He called out Eagles center Jason Kelce specifically, whose tactics throughout the game seemed uncouth to the Bears linebacker. According to the Chicago Sun-Times, Mack said after the game:

“You see the bull—- Kelce was kinda doing with the ball, just moving it a little bit…But even then, you can’t really make no excuses. That’s not the type of group we have. We’ve still gotta get there, regardless of what it is and what that was. All those offside penalties, it hurt us.”

As he said, Mack didn’t seem to be making excuses about his team’s poor play. It is also worthy to note that Bears head coach Matt Nagy said after the game that he didn’t hold his defensive players accountable for getting the penalties–even though they were costly ones. Nagy stopped at criticizing the officiating, however, as he likely didn’t want to get a fine.

Matt Nagy wouldn’t say this in his press conference, but he made it very clear that he was not putting full blame on his defense for the neutral zone infractions. https://t.co/HF6trUaXx0

“Yeah, you point it out, but who cares? Who cares, man? You’ve gotta make plays and win ballgames. That’s what it’s all about.”

He’s not wrong there. And over the last four games, the Bears have not made enough plays on either side of the ball to win once. They’re currently in last place in the NFC North after winning the division just a year ago. The Bears will host the Detroit Lions in a crucial divisional showdown next Sunday.