Chicago Bears superstar All-Pro linebacker Khalil Mack has had a huge impact on the field, but he’s also making a major impact off it.

In an act that was equally generous and thoughtful, Mack paid off the remaining balances of every unpaid layaway account in a Walmart store in his native Fort Pierce, Florida. Mack, as always, is mum about his charitable endeavors, which he usually conducts through his Foundation–and this was no exception. The Fort Pierce Walmart was the first to bring the story to light.

“We here at Walmart would like to thank the Khalil Mack Foundation for your generosity, and for making so many families happy for the holidays,” the Fort Pierce store posted on their Facebook page Friday. “Everyone is truly grateful for everything you have done for them!”

Store manager Mathias Libardi noted that the Khalil Mack Foundation approached the store about paying off the accounts. “His foundation came to us and said he wanted to be a secret Santa,” Libardi said. 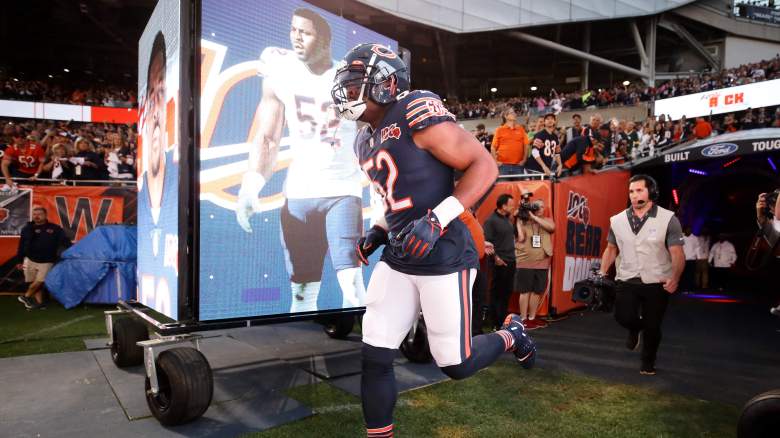 According to the Walmart in Fort Pierce, Mack paid off 300-350 accounts that had remaining balances, which ended up totaling approximately $80,000. The mission of Mack’s Foundation is

“To positively affect the lives of intercity and under-privileged youth and families by providing for the community, through educational and extra-curricular initiatives, a safe and enjoyable environment where we intend to aid in learning successful character traits through sport, and creating opportunities to financial resources and meaningful experiences to all we serve.”

Mack is one of many Chicago Bears to partake in charitable activity. Wide receiver Allen Robinson’s Within Reach Foundation has raised over $100,000 each year over the last two years. Robinson’s foundation utilize the funds in a number of ways, including building new, state-of-the-art reading rooms for schools and Boys & Girls Clubs.

Jackson told WGN News that the funds raised went “To Goodwill [Industries of Metropolitan Chicago] and my Remain to Reach Foundation for juvenile kids and teenagers that come from rough backgrounds. I just want to say thank you to everyone for showing up.”