Getty The XFL kickoff rules is one of several unique changes made to the game.

The XFL rules are similar to the NFL with a few exceptions including the kickoff. The kicker is the only player allowed to move until the return man touches the football.

The defense begins the kickoff on the opponent’s 35-yard line with five yards between the defenders and the return team who is positioned on their own 30-yard line. Some fans may remember the old XFL kickoff rule which had two players run towards the football in the middle of the field. This resulted in numerous injury risks for players which is the opposite approach the league is taking in its relaunch.

The XFL believes the new kickoff rule promotes player safety and adds excitement to a play that has seen a decrease in returns in the NFL. Here is how the XFL describes its kickoff rule.

Kickoff returns are encouraged in the XFL, so much so that a kicking team is essentially penalized if the ball sails into the endzone. The offense gets the ball on 35-yard line. The new XFL kickoff rule may seem a bit quirky, but it is aiming to bring back excitement to a play that the NFL appears to slowly be phasing out of its game.

“So we tried to solve for two things,” XFL commissioner Oliver Luck told The Athletic. “How do you keep kickoff returns in the game? And how do you make it safer?…I feel like we’re writing the tax code. You can encourage certain behaviors by penalizing certain things.”

The XFL is aiming to decrease punts by encouraging teams to go for it on fourth down. The punting team’s “gunners” cannot release until the ball is kicked and touchbacks come out to the 35-yard line. The XFL explains how “coaches will be incentivized to go for it on 4th down.”

The XFL touchback changes will create less incentive for teams to punt in an opponent’s territory. In NFL and College, touchbacks go to the 20, so teams will risk less vs. the XFL on punts. Our coaches will be incentivized to go for it on 4th down because there is a higher likelihood of a positive punt return, and no ability to “pin” the receiving team with a coffin corner kick.

The new kickoff rule is a far cry from the old XFL gimmick but the creativity could allow the league to have staying power this time around. Fans have reacted positively to the rule change, but it remains to be seen whether we will see more exciting plays on kickoffs thanks to the rule change. 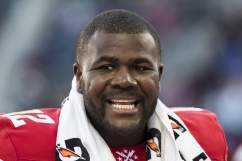