If his recent tweets are any indication, Kansas City Chiefs’ Super Bowl-winning safety Tyrann “Honey Badger” Mathieu wants to be a part of one of the most vertically-challenged secondaries in the NFL. Mathieu took to Twitter on Tuesday to recruit one of the more coveted free agents on the market, Denver Broncos All-Pro cornerback Chris Harris — and Harris seems more than amenable to playing in Kansas City.

Mathieu started the exchange, tweeting the following at Harris: “Always wanted to strap up with you. Could ya imagine, two of the shortest holding court every Sunday…”

Always wanted to strap up with you. Could ya imagine, two of the shortest holding court every Sunday…. https://t.co/nDNBp7fDLW

Harris, who has been rumored to also have interest from teams like the Dallas Cowboys and the Las Vegas Raiders, will turn 31-years-old this June, and he will be entering his 10th NFL season in 2020. Based on his response to Honey Badger, it seems as though “Strap Harris” wouldn’t mind finishing his career with Mathieu as his teammate.

Harris Responds to Mathieu: ‘Tell Your People to Call My People’ 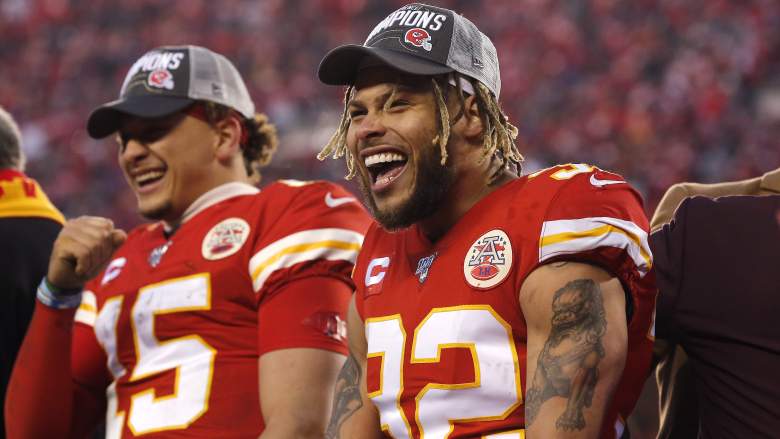 Harris did not take much time to respond to Mathieu, retweeting the Chiefs’ safety, and taking the rapport to the next level by suggesting they get their respective representation involved. “Tell your people to call my people brother it’s on,” Harris wrote.

Tell your people to call my people brother it’s on #Strap https://t.co/meyuHj9ijz

Harris has made four Pro Bowls in his tenure in Denver, while Mathieu is a two-time All-Pro with seven years of experience — imagining them together in one secondary is a scary thought, no matter how short they may be in stature, as Mathieu noted in his initial tweet.

Harris is 5’7″, while Honey Badger is 5’9″, but they have five Pro Bowls and three All-Pro nods between them, not to mention multiple Super Bowl victories.

Harris has not had any major injuries over the past several seasons that would give his suitors pause, and despite having a down year in Denver last season, he is still one of the better veteran corners on the market. He started all 16 games for the Broncos in 2019, and he had one interception and just six passes defensed, both of which tied for career lows.

Harris’ exit from Denver seems almost certain after the Broncos traded a fourth-round pick to the Jacksonville Jaguars for Pro Bowl corner A.J. Bouye on Tuesday. Harris congratulated Bouye via Twitter shortly after the deal was done, and he proceeded to say his goodbyes to several Broncos beat writers, as well:

Troy God bless you and your Fam one of kind reporter. Easy Ring of Fam now let’s see if I can get in two stadiums #Strapharris https://t.co/HmqEKM7h7d

Thanks Vic you where apart of what we created in the community #underdogs . Thanks for your support on the field and off . https://t.co/ZJFfm7JcYM

He may or may not end up in Kansas City, but Harris has enough suitors to make the journey to his ultimate destination an interesting one.