Are the Houston Texans prepared to trade away one of the best wide receivers in the game? According to NFL analyst Peter King, the answer is yes.

In his Football Morning in America column, King included a surprising nugget towards the end of the column involving the Texans trading wide receiver DeAndre Hopkins away in order to attain some much-needed draft capital. Here’s what he said: 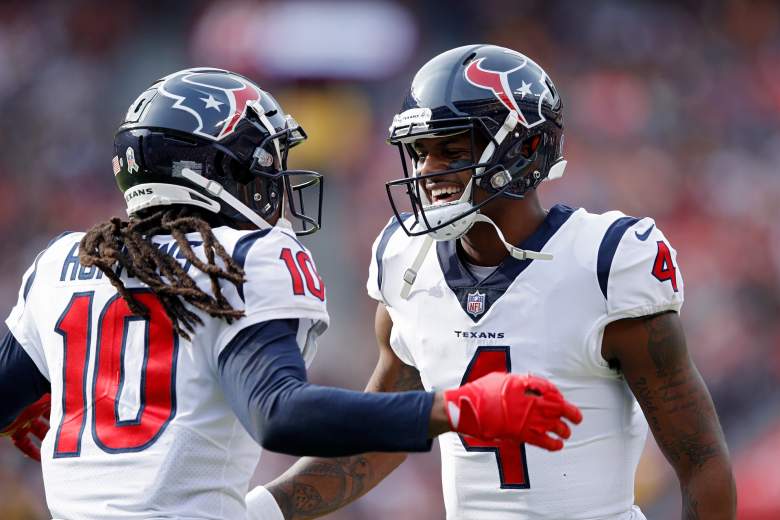 Noting that teams with ample cap money could find a superstar wideout like Hopkins very attractive, King said it would take a “big pick” to secure the services of Hopkins. He also listed the New England Patriots as a possible destination should a trade go down.

“It might be just pre-draft chatter, but two teams over the weekend told me to watch Houston and DeAndre Hopkins, who has three years and a reasonable $40 million left on his contract, and who’d cause only a $3-million cap hit to the Texans if they traded him,” King wrote. “Houston is currently in draft hell, without a top-50 pick in 2020 and 2021, and coach Bill O’Brien has huge needs to fill on his offensive line, in the secondary and overall youth on the front seven … Houston’s need across the roster is big, and it’d take a big pick to pry Hopkins. Over the last three years, Hopkins has 15 more catches, 14 more touchdowns and 12 fewer dropped passes than the great Julio Jones. Pretty tempting to consider.”

Hopkins has played all seven of his seasons with the Texans, and he has been an All-Pro three years in a row while making the Pro Bowl four times in that span. Hopkins has been the top wideout on the team — easily Deshaun Watson’s favorite target — and he is arguably the best wide receiver in the game. If there is any heft to what King’s sources told him, Hopkins would likely be worth multiple draft picks.

Hopkins will be 28-years-old this year, and he is coming off a 2019 season that saw him tally the third-lowest yardage total of his career. Still, Hopkins has only gotten less than 1,000 yards twice in his career — his rookie season and in 2016, the year before quarterback Deshaun Watson arrived.