The NFL’s reigning rushing leader is staying in Tennessee — at least for the 2020 season. The Tennessee Titans have officially placed the franchise tag on running back Derrick Henry Monday morning, per NFL insider Adam Schefter.

The report of Henry’s franchise tag comes a day after the Titans signed quarterback Ryan Tannehill to a four-year, $118 million contract extension. Tennessee will now have until July 15 to try to hammer out a multi-year contract extension with Henry. If they fail to do so, Henry will be able to sign with the team for one year only, with any contract extensions off the table until after the 2020 season.

Henry’s contract for the 2020 season is currently projected at a little over $10.2 million. He has played all four of his seasons with the Titans, and he’s coming off a year in which he led the NFL in rushing yards with 1,540. He also had 16 rushing scores, two receiving touchdowns, and he averaged 5.1 yards a carry.

The Titans rode Tannehill’s hot streak and Henry’s powerhouse style all the way to the AFC Championship last year, and it looks like the team is trying to retain the magic they found during the second half of the season.

At least one NFL player has already questioned the Titans’ handling of bot Tannehill and Henry’s contract situations, however. 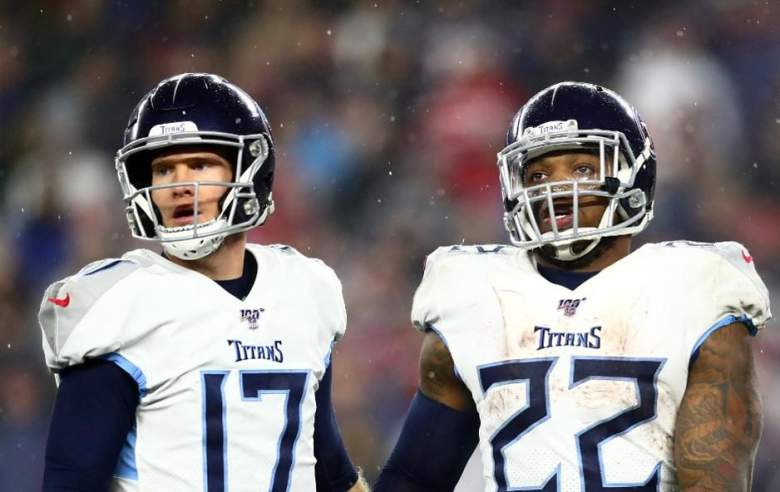 GettyDerrick Henry and Ryan Tannehill have both been retained for the 2020 NFL season. One was given the franchise tag, the other, a four-year deal worth $118 million.

Las Vegas Raiders offensive lineman Trent Brown weighed in after it was reported the Titans had franchise-tagged Henry. “The fact that the titans put the tag on their work horse the man who put the team on his back week in and week out and payed someone who was only there for half a season really bothers me,” Brown tweeted Monday morning.

The fact that the titans put the tag on their work horse the man who put the team on his back week in and week out and payed someone who was only there for half a season really bothers me!!!

Brown isn’t wrong: Henry was absolutely the team’s workhorse, and his performance in the 2019 postseason was nothing short of incredible. Henry ran for 377 yards in two games against the Baltimore Ravens and the New England Patriots, two very formidable defenses, and he had three straight games with over 180 yards on the ground, an NFL record.

Whether the Titans can reach a long-term deal with Henry before July remains to be seen, but as of now, it’s looking like the franchise tag is going to be it.