Getty Josh Allen #17 of the Buffalo Bills throws a pass against the Cincinnati Bengals during the AFC Divisional Playoff game at Highmark Stadium on January 22, 2023.

The Buffalo Bills‘ collapsed against the Cincinnati Bengals in the AFC Divisional round on Sunday, January 22, and while quarterback Josh Allen failed to get his offense into any sort of rhythm, their 27-10 loss can not be squarely placed on his shoulders.

The Bills were outcoached and outmaneuvered in every facet of the game and Buffalo’s offensive line’s inability to protect their $258 million quarterback was never more obvious.

During Allen’s press conference on Monday, January 23, he was asked whether his elbow injury, a UCL sprain suffered back in Week 9, factored into his ability to play up to his standards, and if he’ll need surgery this offseason.

While there “was a period obviously right after for a few weeks where it was pretty bothersome, it didn’t affect me all that much” against the Bengals, Allen said. “It just kind of felt like maybe I was trying to throw it a little differently, mechanically I had to change a few things, and got away a little bit from how I’m used to throwing the ball. That’s just kind of a by-product of that, but again, it didn’t affect me too much.”

Allen admitted, “I feel sick to my stomach,” following yet another divisional round exit, but refused to place the blame on his injured arm.

“I think really two weeks ago was when I kind of felt like I got back to mechanically what I like,” he said. “Being a rotational thrower, it’s very kind of elbow prevalent, and maybe I got a little bit too more of a linear type deal because I just couldn’t really use all that much force, and kind of flicking it out there. But again, just adapting.”

The 26-year-old doesn’t believe surgery will be required. “No, we don’t think an operation is necessary at this time,” he said. “Obviously rest and recovery will be good for it.” 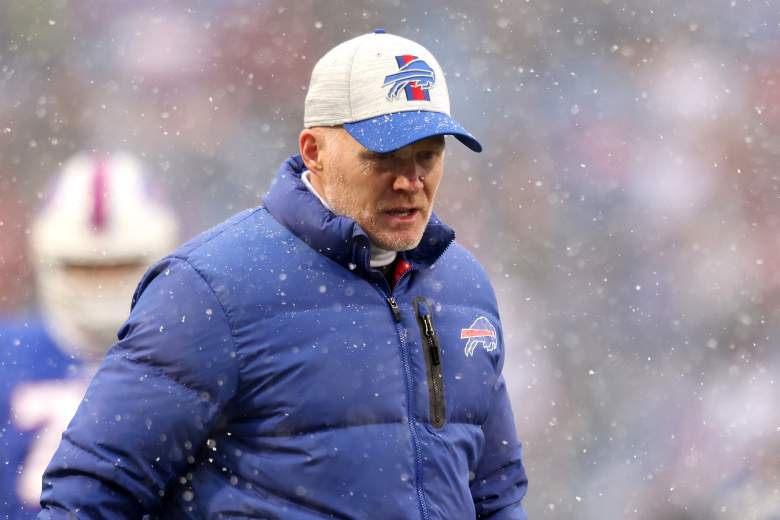 GettyHead coach Sean McDermott of the Buffalo Bills looks on prior to the AFC Divisional Playoff game against the Cincinnati Bengals at Highmark Stadium on January 22, 2023.

While Allen seems confident his arm will heal on its own, Bills head coach Sean McDermott was less committal. McDermott said during Monday’s press conference that he “had not spoken” with head athletic trainer Nate Breske yet, but that he did speak with Allen “for quite awhile” today about his “overall health.”

“It does not appear” that Allen will need surgery, McDermott said. “I have not heard anything the other way from Nate at this point. So, I wouldn’t expect that to be the case.” 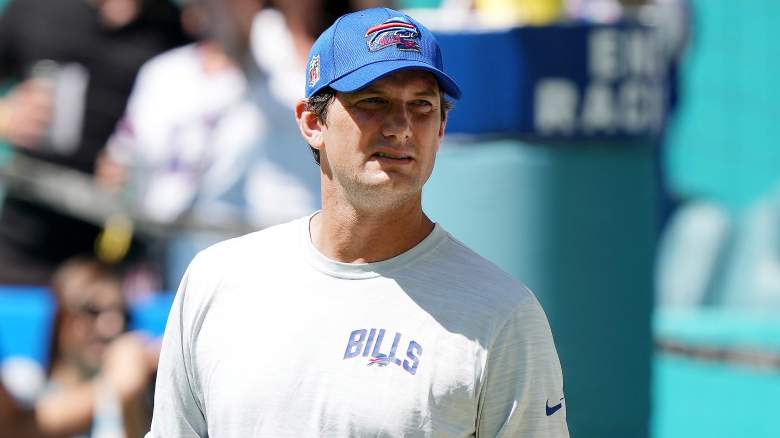 GettyBuffalo Bills offensive coordinator Ken Dorsey looks on during warm ups before the game against the Miami Dolphins at Hard Rock Stadium on September 25, 2022.

Following the Bills’ uninspired performance in a win-or-go-home matchup at home, defensive coordinator Leslie Frazier was called out for having no answer for the Bengals’ quarterback Joe Burrow, while offensive coordinator Ken Dorsey was blasted for having no discernable game plan other than hoping Allen goes into full Superman mode to pull off the win.

Dorsey was Allen’s top pick to take over when Brian Daboll left to become the head coach of the New York Giants and believes it’s way too early to cut ties with him. When asked if there’s room to grow with Dorsey, “A lot of room,” Allen said without any hesitation.

“The relationship we have, the faith we have in each other, that’s going to stay high. Recency bias from this last game — I know everyone is going to lose their minds, but we did a lot of good things this year. He works so hard. He works tirelessly. He’s always in the building. He’ll FaceTime me at 11 o’clock at night, still here, and just trying to find a new way to get the ball into certain guys’ hands. I respect the hell out of him. I really do.”

Dorsey helped Buffalo win 14 games this season, but Allen’s ability to scramble out of tight situations and pull off crazy plays against all odds masked a lot of their issues on offense.

Really interesting thoughts from Ken Dorsey on how Josh Allen handles turnovers much better than he did as a younger player.

"Josh has that ability to, no matter what happened in the course of the game, still be at his best when we need him."#Bills pic.twitter.com/cZtRBVQ1UC

The Athletic‘s Joe Buscaglia mentioned how McDermott cut ties with offensive coordinator Rick Dennison in 2017 after just one year and urged the Bills to take a long hard look at Dorsey this offseason.

“These are precious seasons in Allen’s prime, and they are not guaranteed even two or three years from now,” Buscaglia wrote. “Are the Bills a better offense with Dorsey as their offensive coordinator, or do they have room to grow with a more creative mind? Furthermore, did Dorsey get the most out of Allen with his play-calling? This is not a situation where the Bills are trying to build up to something. If it were, patience would be the correct play. But it isn’t. They are already built. They were ready to win now. And they fell short, with a disjointed offense as a prominent feature.”