Getty Micah Hyde #23 of the Buffalo Bills reacts after intercepting a pass and returning it for a touchdown during the second half of a game against the Kansas City Chiefs at Arrowhead Stadium on October 10, 2021 in Kansas City, Missouri.

The Buffalo Bills have lost one of the backbones of their defense, safety Micah Hyde. According to his agent, Jake Bechta, the 31-year-old will not play for the remainder of the 2022 NFL season. The devastating announcement came as a surprise since the team had not yet put out a statement.

Bechta tweeted on Saturday, September 24, “Unfortunately, client Micah Hyde will be put on IR today due to his recent neck injury. Fortunately, we expect a healthy return for #23 in 2023 #BillsMafia #NFL.”

Hyde injured his neck during the third quarter of the Monday Night Football matchup against the Tennessee Titans on September 19, and it was revealed after the game that he landed up at the hospital after the game.

He did not return to the game & was later evaluated at the hospital.

Possibility of a stinger based on how he hit face first & injury designation.

Good chance he could play Sunday if it’s a stinger, will have to watch practice reports. pic.twitter.com/8IppDI1OqI

On Thursday, September 22, The Buffalo News’ Mark Gaughan shared a troubling update, reporting that Hyde was “getting further consultation” and seeking “a more expert opinion on his injury out of town.” When Bills head coach Sean McDermott was directly asked on Thursday about whether or not Hyde was present at Highmark Stadium for practice, “I’m not going to go there,” he said.

According to NFL Network’s Ian Rapoport, Hyde suffered a herniated disc. “The hope is for a full return,” Rapoport tweeted.

Hyde signed a two-year, $19.25 million contract with the Bills in 2021. With Hyde firmly on IR, the team will likely look to Jaquan Johnson to fill his role.

Josh Allen reacts to today’s news on IG that Micah Hyde out for the season.

Bills quarterback Josh Allen reacted to the news on his Instagram stories. The 26-year-old posted the breaking news graphic and wrote, “Love ya 23. He’ll be back.”

Hyde Being Out Is a ‘Big Chance’ for Jaquan Johnson 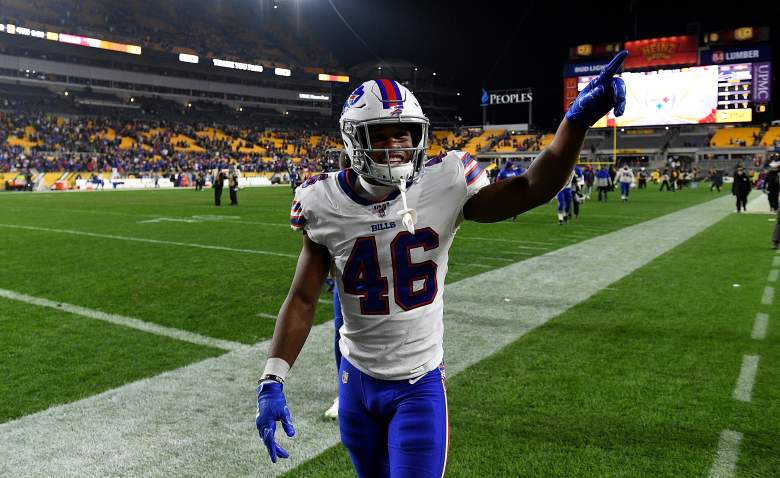 GettyJaquan Johnson #46 of the Buffalo Bills celebrates as he walks off the field after the Bills 17-10 win over the Pittsburgh Steelers at Heinz Field on December 15, 2019 in Pittsburgh, Pennsylvania.

Prior to Bechta’s announcement, Bills linebacker Von Miller spoke out about possibly losing his fellow team captain for the rest of the year. The eight-time Pro Bowler expressed that each of his Super Bowl championship teams (Denver Broncos and Los Angeles Rams) dealt with these kinds of crushing injuries.

“That’s what makes our league great because every year you see a No. 2 guy come in and make a name for himself and become a superstar with the opportunity that he had from the star that was injured or unable to play,” the eight-time Pro Bowler said. “We got guys like that on our team.”

Spectrum News 1 host Jon Scott tweeted, “Losing Micah Hyde for year is a big blow to #Bills, but big chance for Jaquan Johnson.” According to WKBW analyst Matthew Bové, Johnson, 26, is ready to go if his number is called. The Miami alum “has been waiting for his opportunity,” Bové tweeted. “It sucks that this is what it took to get him on the field, but he’s been in that room for a long time and I think he’ll be ready for his shot.”

Johnson has been with the Bills since Buffalo drafted the safety in the sixth round of the 2019 NFL Draft. Syracuse.com’s Matt Parrino believes cornerback Cam Lewis could also get some reps.

“Lewis worked some at safety during training camp,” Parrino tweeted. “I’d expect him to be the 4th guy at least for Sunday. If Jordan Poyer can’t play the #Bills are going to have to bring somebody in. They have no safeties on practice squad.” 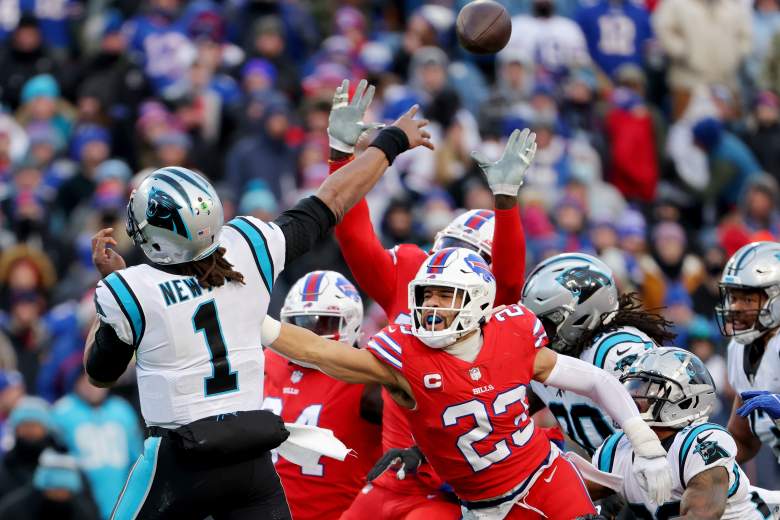 Losing Hyde, one-half of the best safety duo in the NFL alongside Jordan Poyer, is tough blow for the Bills. Over the summer, USA Today’s Doug Farrar ranked Hyde as the 12th-best safety in the league. “Hyde ranked seventh on our safety list last year after a 2020 season in which he allowed 15 catches on 27 targets for 143 yards, 46 yards after the catch, one touchdown, one interception, and an opponent passer rating of 67.4,” Farrar wrote. “In 2021, Hyde was more opportunistic and more vulnerable, which puts him a bit below where he was before.”

Hyde, a former fifth-round pick from the 2013 NFL Draft, is “one-half of the NFL’s best safety tandem (along with Jordan Poyer),” Farrar continued. 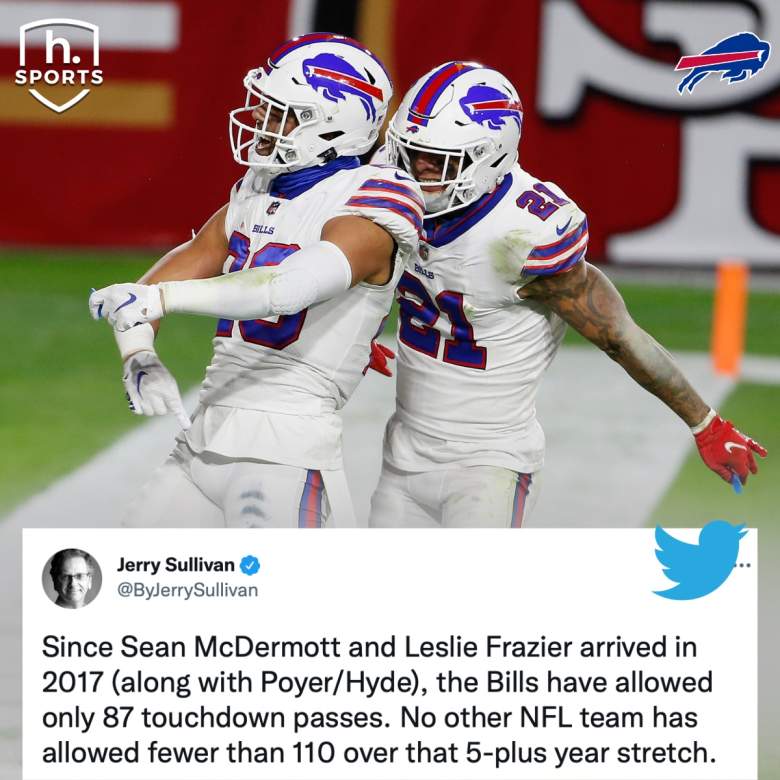 Getty/HeavyMicah Hyde #23 of the Buffalo Bills, and Jordan Poyer #21, are one the best safety duos in the NFL.

Heading into Week 3, Poyer’s status is also unknown. While the veteran safety was limited in practice on Wednesday with a foot injury, he did not participate on Thursday.

On the FinSide host Brian Catanzaro tweeted, “Bills SS Jordan Poyer has started 81 of his last 82 games with the Bills. FS Micah Hyde has started 64 of his last 65. They never leave the field on gameday and Lezlie Frazier’s D relies heavily on their instincts in 2-high safety looks. If they both miss Sunday? Whoo boy.”