The Chicago Bears have set their 16-man practice squad. The team revealed the players selected to fill the 16 slots, and there was one Mack truck-sized surprise: no Ledarius Mack. Many felt the younger Mack could be an option for the practice squad, but alas, Bears fans dreams of seeing a double dose of Mack seem like a thing of the past, at least for now. Considering how stacked the Bears are at linebacker, it’s really not too big of a surprise, but the idea of pairing All-Pro Khalil with his younger brother was a very appealing thought for many.

One of the more interesting and mildly surprising cuts who didn’t wind up back on the practice squad was cornerback Kevin Toliver II, who played in 27 games for the Bears over the last two seasons, starting two. Toliver, an undrafted free agent the Bears picked up in 2018, wound up reunited with ex-defensive coordinator Vic Fangio in Denver, as Brad Biggs reported he is now heading to the Broncos’ practice squad. 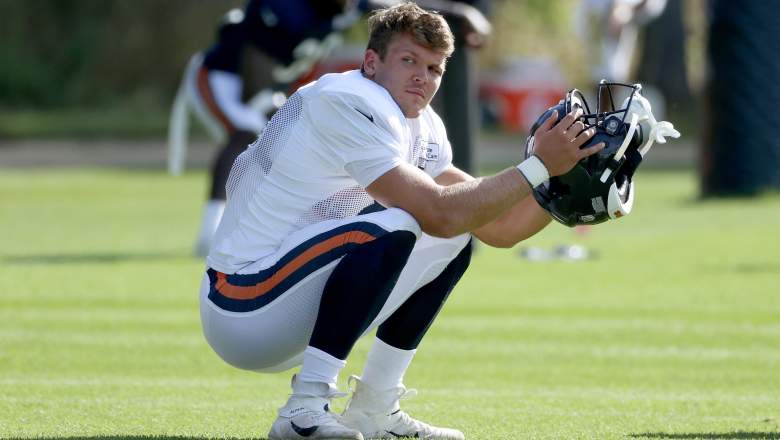 This list is bound to change frequently as the team adds and subtracts players due to injuries and free agency acquisitions, among other things. 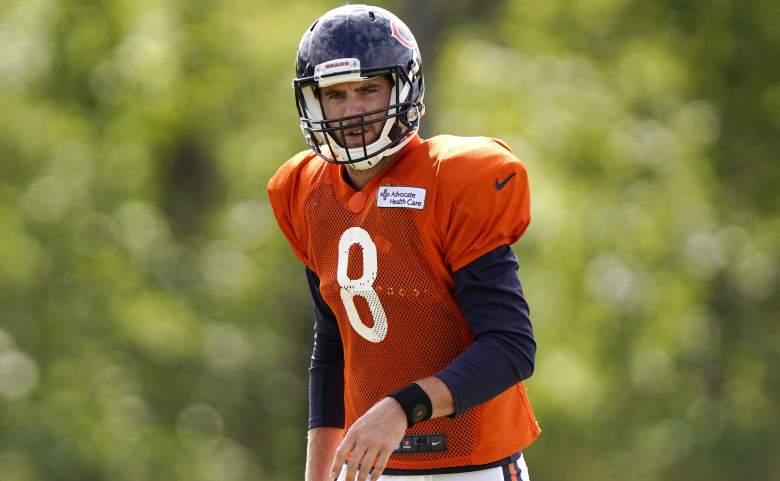 GettyQB Tyler Bray of the Chicago Bears is set for another year on the team’s practice squad. (Photo by Nam Y. Huh-Pool/Getty Images)

Guard Jamon Brown is the only member of the 16-player practice squad who did not spend time with the team during training camp. The 15 other players have been with the team in some form prior to being added Sunday.

Denmark, who the Bears selected in the seventh round of the 2019 NFL Draft, is now listed as a safety after playing wide receiver and cornerback in college. He spent 2019 on the Bears’ practice squad, where he was listed as a corner, so the position switch is interesting, particularly considering the team’s current lack of depth at cornerback.

Quarterback Tyler Bray also returns in one of the most expected moves ever. Bray has been Chicago’s third-string quarterback since 2018, spending the last two seasons on the practice squad. Bears head coach Matt Nagy seems to love the familiarity of having Bray around, as they spent time in Kansas City together, as well.