The Chicago Bears are not done adding coaches to their staff for the 2021 season. The team announced Monday afternoon it has hired former University of Texas head coach Tom Herman as an offensive analyst. Herman also has a title of “special projects” listed after his name, and will be working with head coach Matt Nagy and the rest of the offensive staff.

The Bears have also added Anthony Hibbert as a new assistant strength coach. Hibbert has had brief stints with the Carolina Panthers as a strength and conditioning assistant, and he has also worked for a Major League Baseball team, serving the New York Mets in the same role.

Herman, who is best known for serving as head coach of the Longhorns, has never coached in the NFL. Now, he’ll have his first opportunity in the Windy City. 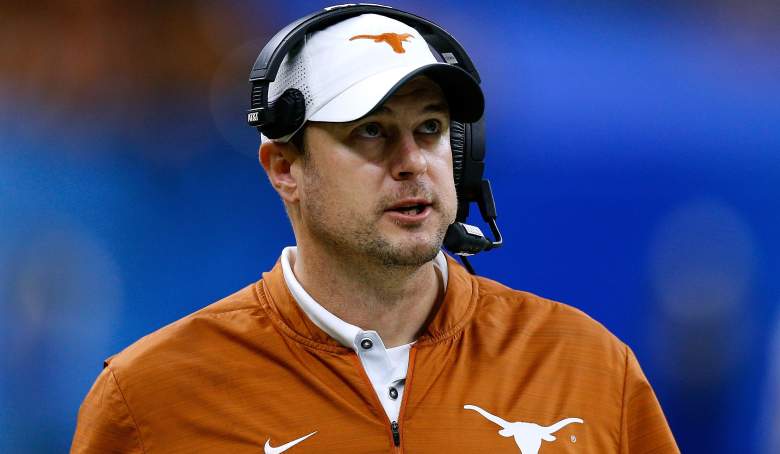 Herman finished with a 32-18 overall record in his four years in Austin. In his first year as head coach in 2017, Texas finished 7–6 (with a 5–4 record in the Big 12 Conference). The following year, the he had his best year with the Longhorns, finishing with a mark of 10-4 (7-2 in the conference). Texas went in the opposite direction in 2019, finishing 8-5 (5-4) and last year’s 7-3 (5-3) mark led to Herman’s dismissal. Herman never had a losing season down in Austin, and he led the Longhorns to four straight bowl wins, including a Sugar Bowl victory over Georgia in 2018.

Herman was awarded the Broyles Award, which is given annually to the nation’s top assistant coach, in 2014 when he was OC as Ohio State, and many were left a bit flummoxed by his dismissal after the 2020 season ended.

“I am extremely thankful for the opportunity to have been the head coach at the University of Texas,” Herman said after his firing. “It has been a great honor, and as an alumnus, Texas will always hold a special place in my heart. I also want to thank the players that I’ve been blessed to coach. You have represented the University with dignity and have given your all in an effort to make your program better.”

Here’s a look at Herman’s resume:

Anthony Hibbert: A Look at His Resume

Unlike Herman, Hibbert has a bit of NFL experience, and his MLB tenure adds some intrigue. Here’s a look at Hibbert’s resume:

READ NEXT: Jimmy Graham Could Be X-Factor in Potential Russell Wilson Trade: Report

Loading more stories
The Bears have added two new coaches to their staff.