The Cleveland Browns are weighing their options when it comes to replacing safety Grant Delpit, who suffered a season-ending Achilles rupture during Monday’s practice.

It appears veteran Tony Jefferson will not be one of those options.

Jefferson has played for the Cardinals and Ravens in his seven-year career. After suffering a season-ending injury last season in Week 5, Jefferson was released by Baltimore this offseason, a move that saved the team more than $7 million. The Ravens had nothing but good things to say about Jefferson when announcing his release.

“This is the worst part of this business,” Ravens general manager Eric DeCosta said in a press release. “Tony is the consummate teammate and someone who is respected by everyone for his leadership, determination, humility and toughness. He’s a friend to all and a true Raven. We know he’s going to beat this injury, and we will be cheering for him all along the way. We wish the very best to Tony and his family.”

Jefferson is still a free agent, but made it clear he has no intentions of suiting up for the Browns.

A fan reached out to Jefferson on Twitter, saying he’d be sick if the former Raven signed with the team’s AFC North rival. Jefferson fired back, saying: “I would never do that s—. Cmon now lol.”

I would never do that shit . Cmon now lol

Jefferson reiterated that stance during Inside Access with Jason La Canfora and Ken Weinman.

“I can only see myself playing for Ravens in the AFC North,” Jefferson said. 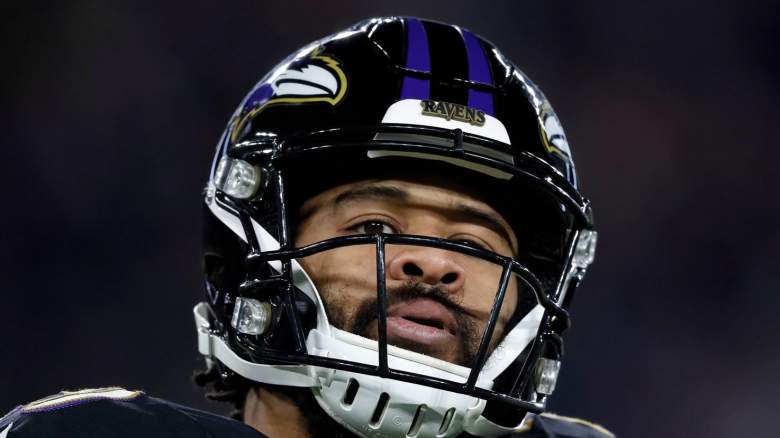 ESPN NFL Insider Adam Schefter reported that the Browns have interest in signing another former Raven in Earl Thomas during a spot on Sportscenter on Tuesday.

Thomas is the most polarizing option in free agency considering how his stay with the Ravens ended earlier this month, being let go for conduct that adversely affected the team. The 31-year-old made the Pro Bowl last season, starting 15 games, making 47 tackles and notching two interceptions.

Browns first-year head coach Kevin Stefanski was asked about the team’s possible interest in Thomas during his media availability on Tuesday, but stayed fairly tight-lipped.

“I would leave that in Andrew Berry’s court,” Stefanski told reporters, referring to the Browns general manager.

The Browns selected Delpit in the second round of this year’s draft. The LSU product could have been a first-round pick after his stellar 2018-19 season, when he won. the Jim Thorpe Award, given annually to the nation’s top defensive back. But he chose instead to go back to school, where he struggled through a final season marred by a nagging ankle injury that limited his production.

Delpit’s latest injury in training camp is much more serious, and he’ll have to wait a full year to see if he can make an impact.

“It was very disappointing,” Browns defensive coordinator Joe Woods said Tuesday in a video call with local reporters. “It was just kind of a freak deal, just going through and catching the football. For all the guys, it’s really an opportunity for them. Obviously, you want everyone healthy, but you have to move on.”

Loading more stories
wpDiscuz
0
0
Would love your thoughts, please comment.x
()
x
| Reply
Veteran free agent safety Tony Jefferson made it clear he will not be an option for the Cleveland Browns to replace Grant Delpit.