Katie Anne Hemstalk has been married to professional football coach Mike McDaniel since 2014 and they have one daughter together.

McDaniel was hired as the new head coach of the Miami Dolphins in February 2022. Since 2005, he had worked as an assistant coach for other NFL teams including the San Francisco 49ers, the Atlanta Falcons and the Cleveland Browns, per his official Dolphins bio.

Here’s what you need to know about Katie Hemstalk McDaniel:

CA Department of Consumer AffairsKatie Anne Hemstalk is a licensed esthetician in California.

Hemstalk works in the beauty industry. She is a licensed cosmetologist and esthetician, according to public records available on the California Department of Consumer Affairs website.

The official record lists two licenses for a Katie Anne Hemstalk, from Oroville, California. According to the record, she first received her esthetician license in early 2005. That license is set to expire in January 2023 unless it is renewed.

The cosmetologist license was first issued in May 2011, the record shows. Hemstalk will need to renew that license in May 2023.

Hemstalk and McDaniel have largely kept details of their relationship out of the public sphere and she does not appear to have any active social media accounts.

However, their wedding registry on The Knot shows they got married in Ashburn, Virginia, on June 21, 2014. Hemstalk’s mother, Kristy, posted a photo on Facebook of the happy couple as they exchanged their vows.

Ashburn is located about 30 miles northwest of Washington, D.C. At the time of their wedding, McDaniel was working for the Washington Football Team as the wide receivers coach, according to his bio on the Miami Dolphins website. Just two months later, McDaniel was hired by the Cleveland Browns, as the organization announced in August 2014. 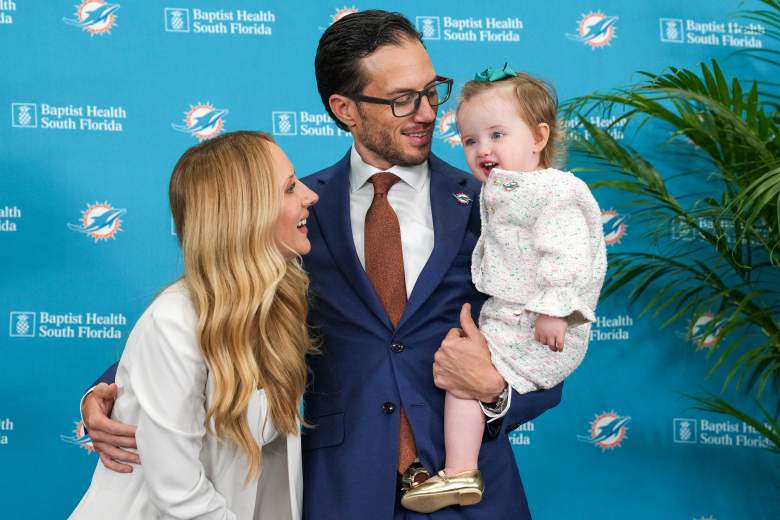 Hemstalk and McDaniel have one child together. They named their daughter Alya June. She was born in 2020, per WPTV.

After McDaniel was announced as the new head coach of the Miami Dolphins, during an introductory press conference, he appeared to get emotional as he thanked his wife and daughter:

Obviously, my family. My wife, Katie McDaniel. We’ve come a long way. We’ve got a long way to go. Don’t do that to me, I’m trying to do a press conference. (laughter) And my daughter Ayla June McDaniel. You are a miracle and I can’t wait to see what you grow into.

You can watch the press conference here or read the full transcript provided by the Dolphins here.

4. Hemstalk’s Parents Have Been Married for 40+ Years

Hemstalk and McDaniel have close role models on how to make a marriage last for the long term. Hemstalk’s parents have been married for more than four decades.

On their 34th wedding anniversary in 2013, Kristy Hemstalk marked the occasion by posting a photo on Facebook from their wedding day.

Kirk Hemstalk worked as a maintenance manager for the California Department of Transportation, according to his LinkedIn account and a profile on ZoomInfo.

5. Hemstalk Grew Up in Northern California 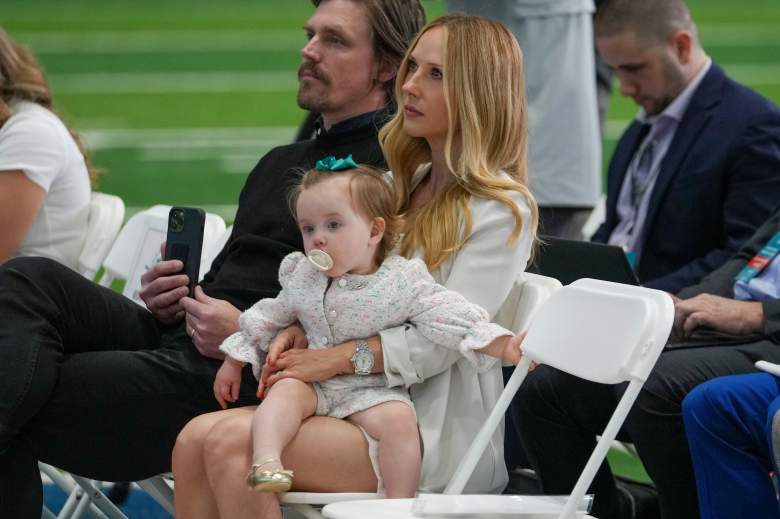 A search of online records shows Hemstalk was born in December 1983. She was raised in Oroville, California, a small city in Butte County. Oroville is located about 150 miles northeast of San Francisco.

Her parents, Winston Kirk Hemstalk and Kristy Hemstalk, have lived in Oroville since at least 1989. Online records on InstantCheckmate show the couple purchased their Oroville home for $62,000 in 1989. As of this writing, Butte County property records still list the Hemstalks as the current owners.

Katie Hemstalks appears to be an only child. Her mother’s Facebook page does not mention another child.