The Los Angeles Lakers have long been rumored to be interested in adding a third star next to Anthony Davis and LeBron James and Washington Wizards star Bradley Beal is a player the team has show interest in “at different points.”

Beal has been carrying a bad Wizards team the last two seasons that has had to function mostly without fellow star John Wall, who is recovering from Achilles surgery. Before the NBA was put on hold due to coronavirus concerns, Beal was averaging a career-best 30.5 points per game to go with 4.2 rebounds and 6.1 assists.

Beal agreed to a two-year, max extension with the Wizards last October that starts next season. It is worth a maximum of $72 million and features a player option for the 2022–23 season.

During an appearance on Complex’s Load Management podcast, Shams Charania of The Athletic and Stadium broke down the situation with Beal and potential outcomes.

“At the end of the day, it’s going to be up to Bradley Beal because they are eventually going to offer him the ultimate, super-max contract that they can offer. He will have to make a decision on whether the Wizards are the right fit going forward.

“The Lakers, at different points, they have had interest in Beal. If you’re trying to win basketball games, you’re going to have interest in Bradley Beal,” Charania added, saying there have been lots of teams around the league that have shown interest. “Everything he has said so far, he wants to stay a Wizard. The Wizards have said they want to keep him. I don’t expect something on him until we see John Wall and Brad Beal play together again.”

Bradley Beal Has Expressed Interest in Staying in Washington 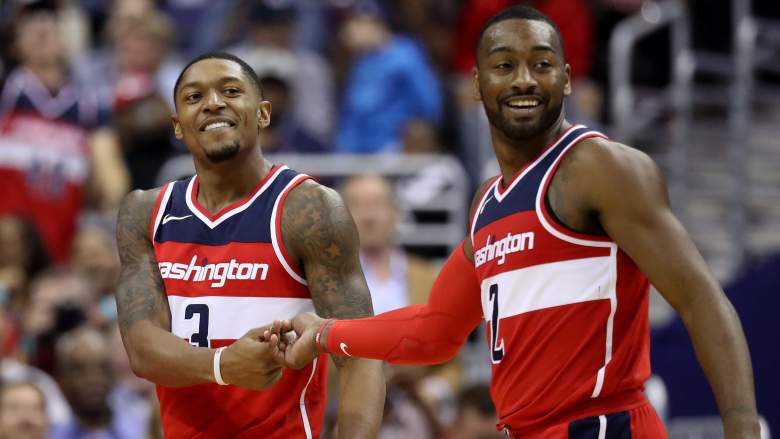 GettyBradley Beal and John Wall of the Washington Wizards.

Beal has expressed interest in staying in Washington, but it may be out if his control if Wall comes back and doesn’t look like his old self. If that’s the case, the franchise could choose to rebuild and get Wall and Beal off the books.

Here’s what Beal told The Undefeated’s Marc J. Spears about wanting to stay in Washington.

“Wanting to have my jersey retired in Washington one day played a factor in me re-signing. Every night we walk into that arena, there’s five names up there. Those are some of the five greatest to ever touch a basketball. To be on pace to breaking the records that I am now and to be here for eight years already, that’s special. And coming into the prime of my career, you don’t know how much longer you have.

“For me, I look at Kobe, I look at D-Wade [Dwyane Wade], I look at Dirk [Nowitzki], U.D. [Udonis Haslem], how they can stay in one situation for a long time. … I hate change. If it happens, it happens. But if I can control it, I will finish in D.C.” 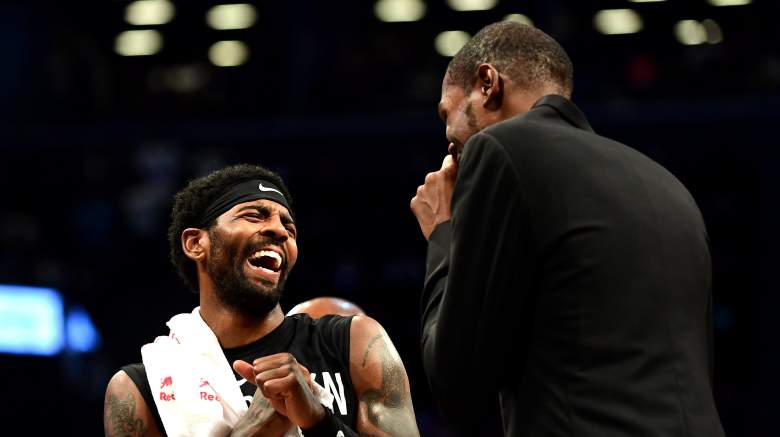 The Lakers aren’t the only team that see Beal as a key piece to a new “Big 3.” Other teams interested include the Nets, who would want to bring him in to play alongside Kevin Durant and Kyrie Irving.

“It’s not the first time I’ve heard this kind of talk,” Beal told ESPN. “It’s interesting. To me, I look at it as a sign of respect, that I’ve been doing good things and guys want to play with me.

“That’s an unbelievable feeling. When you hear that Kyrie [Irving] and KD [Kevin Durant] want you, [expletive], that’s amazing. At the same time, you don’t know how much there is to it, or how easy it would be to do. And I’ve put down roots in D.C. I’ve dedicated myself to this town, this community. I love it here, and it would feel great to know I could grind out winning here instead of jumping to another team.”