With the New York Knicks reported to be in the running for Cleveland Cavaliers guard Collin Sexton, his former college coach has nothing but praise for him.

On July 13, a report came out that said the Knicks were the “most aggressive suitor” for Collin Sexton.

Sexton’s coach at Alabama, Avery Johnson, says the young guard would immediately win over the the fans at Madison Square Garden if he was acquired in a trade. It’s clear the Knicks could use a young, dynamic scorer on the roster to help take some of the load off from Most Improved Player Julius Randle.

During a phone call with the New York Post, Johnson explained that maybe a change of scenery could be the jolt Sexton needs to make a leap to the next stage of his career. 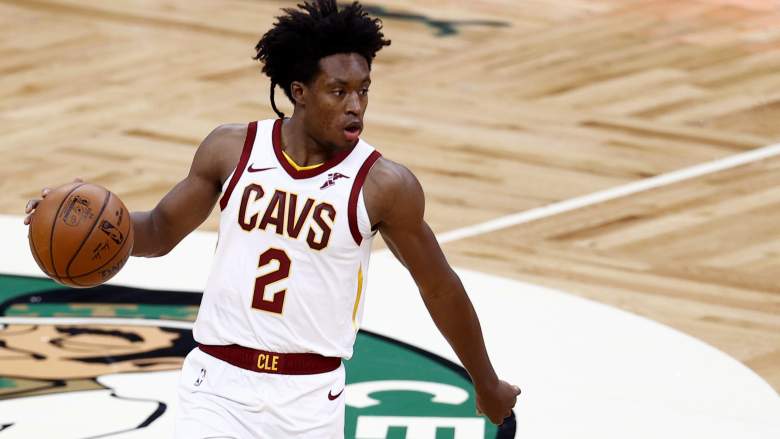 GettyCollin Sexton handles the ball during a January 24 game against the Boston Celtics.

Sexton’s former coach would love for Sexton to get the opportunity to play in the bright lights of New York, and had a lot of kind words for the system set up in New York.

“I’d be thrilled if he has an opportunity to play for the Knicks,” he told the Post. “I love the direction of that organization — coaching staff, front office, making the playoffs last year with really good, young pieces. If that were to happen, it would be welcome — I can’t speak for him — but as his former coach, I would really be excited for that opportunity.”

Sexton has the ability to play both guard spots, so he would certainly be a big upgrade over what the Knicks currently have at point guard. If the team does bring Derrick Rose back, they’d likely want him to continue coming off the bench. This would mean they need a starting option and Sexton fills that spot.

As for whether the Garden would embrace Sexton, Johnson doesn’t think that’ll be a problem at all.

“For sure, he’s dynamic and Broadway will love this kid,’’ Johnson told The Post. “He’s a magnet. He’s an entertainer. Broadway, Spike Lee, Knicks fans, all would embrace Collin. He’s very marketable.”

Now, the only question that remains is whether or not the Knicks will be able to grab him.

How Good Would the Fit Be? 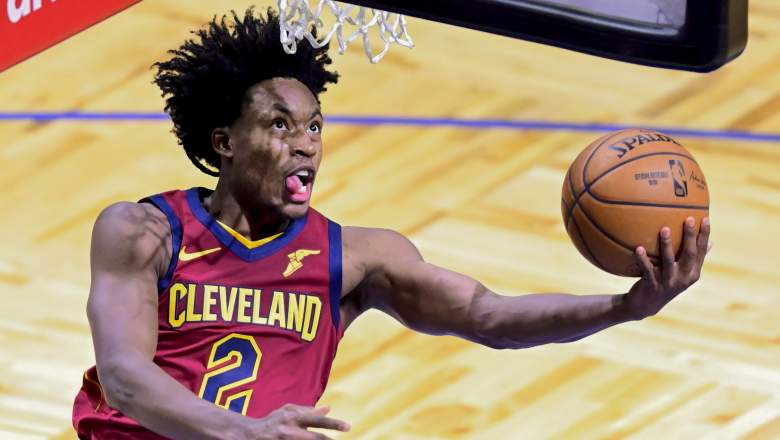 GettyPoint guard Collin Sexton takes a layup during a January 4 game against the Orlando Magic.

Sexton is part of the fan-named SexLand duo in Cleveland, and many fans would be devastated to see the Cavs like him go.

The young guard will also be due for a 5-year, $168 million extension, and there are a lot of doubts about whether he’s worth the money. Just because he’s eligible for the lengthy extension would necessarily mean the Knicks have to sign him for that long.

Alternatively, the team could wait another year for him to be a restricted free agent and go after him then. Another knock on Sexton is the fact that he’s been a focal point of a largely disappointing Cleveland Cavaliers team over the past several seasons.

Not all of that is his fault, but there are questions about whether he can fit into a team who is contending for a championship. The Knicks aren’t there quite yet, but that’s likely the next step for them after securing home-court advantage this season.

Whether it’s Sexton or someone else, the Knicks will almost certainly be bringing in extra firepower to help them advance further into the playoffs in the upcoming season.

READ NEXT: Knicks Could Be In Tug of War Over Lonzo Ball With Conference Rival

Loading more stories
wpDiscuz
0
0
Would love your thoughts, please comment.x
()
x
| Reply
Collin Sexton would be a great fit with the Knicks according to his former coach.