The point guard departed to the Dallas Mavericks in free agency where he’ll join another young and upcoming team anchored by Luca Doncic.

Whether he’ll be able to find the success there that eluded him in New York remains to be seen. However, leaving the only team he’s ever known in the NBA has been a bittersweet moment for the young French point guard.

In an Instagram post, Ntilikina bid farewell to the fans and team that supported him for four years through the ups and downs.

In his goodbye post, Ntilikina talks about how he still remembers being drafted by the Knicks and how they turned his dream into a reality.

Like many players, he also goes into detail about how it was a blessing to play for the Knicks and be in front of the bright lights at Madison Square Garden.

4 years, 4 years already… I remember the day of the draft like it was yesterday, One of my childhood dreams then became reality.

Playing for the Knicks has truly been a blessing and an amazing experience. You welcomed a kid who just left home in order to pursue his dreams and goals, and to continuously grow. I could not ask for more.

I would like to thank the entire franchise, the coaches, players, all members of training and medical staff and all the people who work hard every day for the success of this organization over the years.

Last but not least, to all the Knicks fans around the world… Thank you ! The support has been amazing from day 1.
Wins and losses, highs and lows, we have all seen one thing for sure, and that is that the passion and the love for basketball stays unbeaten through it all.

I am leaving now to open a new chapter in my journey, forever grateful for the opportunity.

While the writing was on the wall for him in New York, there was a sense from some analysts that Ntilikina just needed a new team for him to realize his potential.

He’s always been known as a good defender, but that alone wasn’t enough to get him more playing time on the Knicks.

The latest offseason where the team added both Kemba Walker and Evan Fournier just proves the Knicks value shooting over defense, which is a bit expected in today’s NBA. 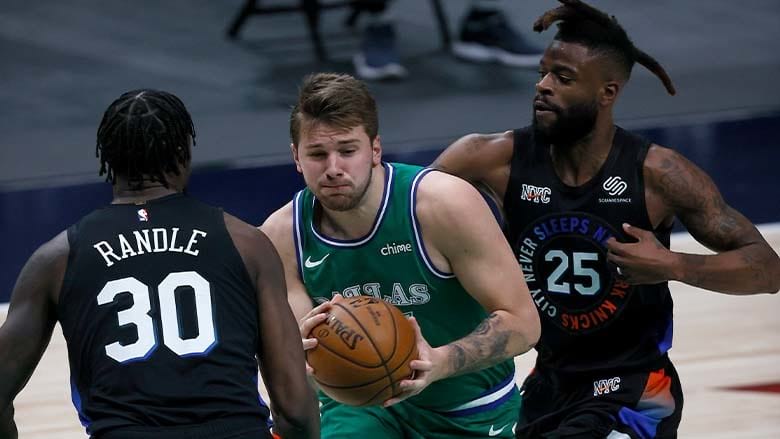 The signing of Ntilikina will reunite him with another former Knicks teammate in Reggie Bullock.

These two players had completely different situations in New York because while Bullock started for the team, Ntilikina struggled to crack the rotation.

The pastures for both players will likely be greener in Dallas as the team continues its push toward an NBA championship.

Meanwhile, the Knicks are building a squad in the Eastern Conference that will also be looking to content for a title in the years to come.