While the focus this offseason was on the players the New York Knicks added, it’s important to remember who was already on the roster.

Kemba Walker and Evan Fournier might steal all of the headlines, but there are some key pieces already on the roster that are looking to take the next step forward.

This includes the likes of Mitchell Robinson, Obi Toppin, Immanuel Quickley and RJ Barrett. With a young core like that, the Knicks appear to be set for the future in a big way, but all of that hinges on the development of each player.

We already know that going into a contract year, Robinson has Defensive Player of the Year aspirations, and an NBA scout laid out how Toppin can improve.

Now, RJ Barrett breaks down what he worked on in the offseason and how fans will be seeing a different version of him going into his important third year. 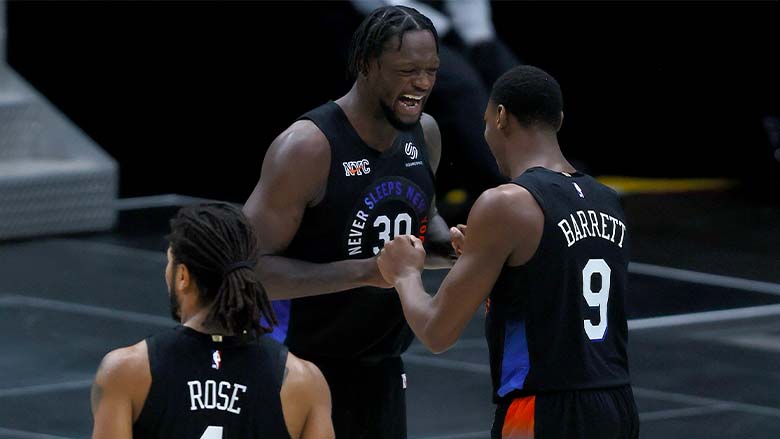 Averaging nearly 18 points per game as a second-year player is nothing to scoff at, but the Knicks will be asking even more of their youngster going into the next season.

While the offense will likely still run through Julius Randle, having other scorers will help ease the burden on him. A place where Barrett can improve is 3-pt shooting. He shot 41.2 percent from behind the long line last season, and he’ll need to stay there or get even better.

In an interview with Marc Berman of the New York Post, Barrett explained what his offseason consisted of.

“I worked on shooting — working on 3s and certain shots that I need to be able to hit,” he said. “Just being able to recreate what I did last year.”

Barrett was mostly a catch-and-shoot 3-pt shooter last season, which there’s nothing wrong with, but he wants to elevate it even further and maybe even be the guy who dishes it out to the corner from time to time.

“I actually saw something on Twitter: RJ Barrett going into the lane this year,” Barrett told the New York Post. “And there’s somebody else by themselves, wide open. That’s how it’s going to be this year. There’ll be attention on other people. All of us can make a play. I’m looking forward to that opportunity.”

Can He Become an All-Star? 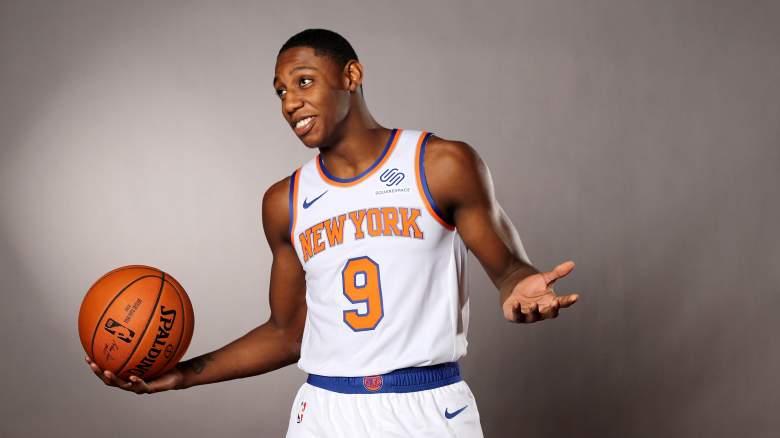 The Knicks fielded a first-time All-Star last season in Julius Randle, but is there a chance that they could do it again with another player?

Drafted number three overall, Barrett certainly has All-Star aspirations, and he said that it’s something he works for each season.

“I strive for that every year, of course,” he said. That’s the player I want to be every year.”

However, that might not be in the cards for this season, or even in the future according to an NBA scout.

Barrett will have an entire season to prove this scout and the doubters wrong. At the end of the day, he likely values winning over anything.