Getty Obi Toppin chats with Cade Cunningham of the Pistons.

The New York Knicks are sitting pretty with a winning record as of right now, but there’s no telling how long that will last.

Some disturbing trends have popped up as of late and it might cause the Knicks to slip down the standings even more than they have in the past several games. The starting lineup is among the worst in the NBA, and that’s just not a recipe for success.

Perhaps a trade for a real difference maker is what’s needed. Coach Tom Thibodeau has been known to lean on his veterans more than the average coach, and that’s something that has been shown so far this season.

Former lottery pick Obi Toppin doesn’t get the most consistent minutes, and perhaps a fresh start on a team where he’d get a ton of minutes is what he needs. This trade proposal from Bleacher Report would swap him, bench warmer Kevin Knox, and Alec Burks in exchange for Pistons forward Jerami Grant.

Could This Trade Happen? 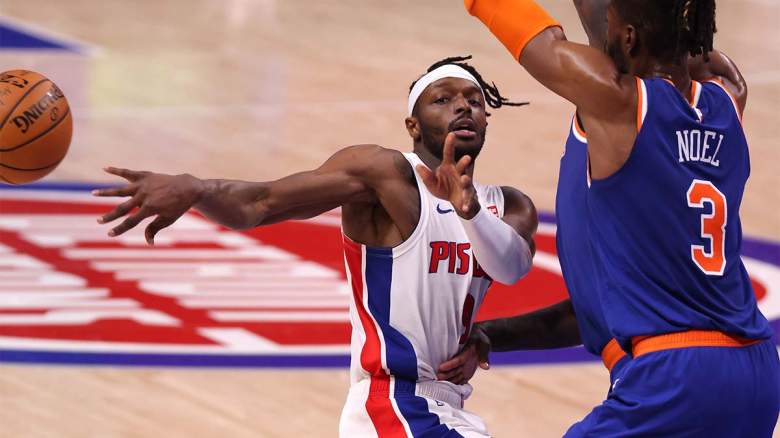 Grant has been struggling with the Pistons this year, but he looked very strong against the Houston Rockets. After bouncing from team to team to start his career, the Pistons were the first team to fully give him the keys to the offense, and he responded by putting up a career best in points last season at 22.3 per game.

He’s averaging 18.7 points per game this season and his shooting numbers are down across the board when compared to last season, but we’re just nine games in and he’s shown signs of picking back up.

This is the proposal BR worked up:

With the Knicks, he could be the missing piece on defense and offense that the team needs. There’s a possibility Toppin could grow into the type of player Grant is today, but the Knicks might not want to wait that long, which is why that trade would make sense for them.

Knox already doesn’t get playing time, but Burks would be a tough pill to swallow for the Knicks to let go of. However, if they want to maximize their championship window, it might be something that have to do.

Does it Make Sense for the Pistons? 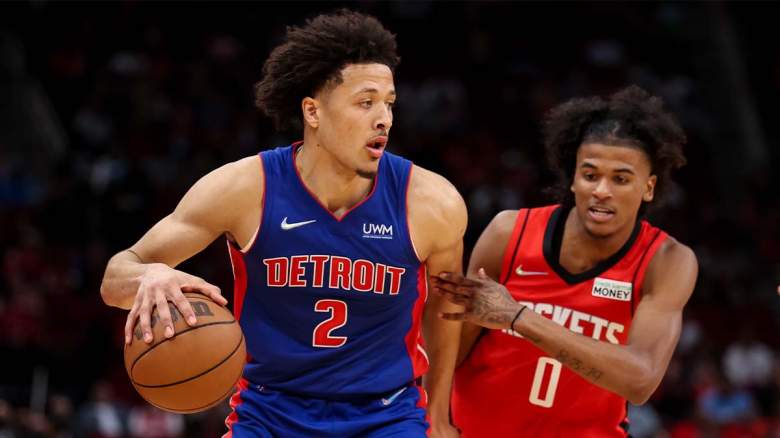 With just two wins on the season, the Pistons might be looking to collect even more assets. While Grant is one of the only offensive threats on the team, it’s clear that even with him the Pistons don’t look like they’ll be very successful this season.

Getting young talent like Toppin and Knox could be a boon and their ages would fit with the rebuilding timeline. With Cade Cunningham, Killian Hayes, Isaiah Stewart and Saddiq Bey figuring to be the future in Detroit, the two Knicks youngsters could fit right in.

On paper, it seems like it’d be a win-win for both teams, but the holdup could the Pistons hoping to get even more back for their possible All-Star.

READ NEXT: Knicks Boss Will Land ‘That Superstar in the Near Future’: NBA Agent

Loading more stories
wpDiscuz
0
0
Would love your thoughts, please comment.x
()
x
| Reply
This could be what the New York Knicks need to do to get over the hump.