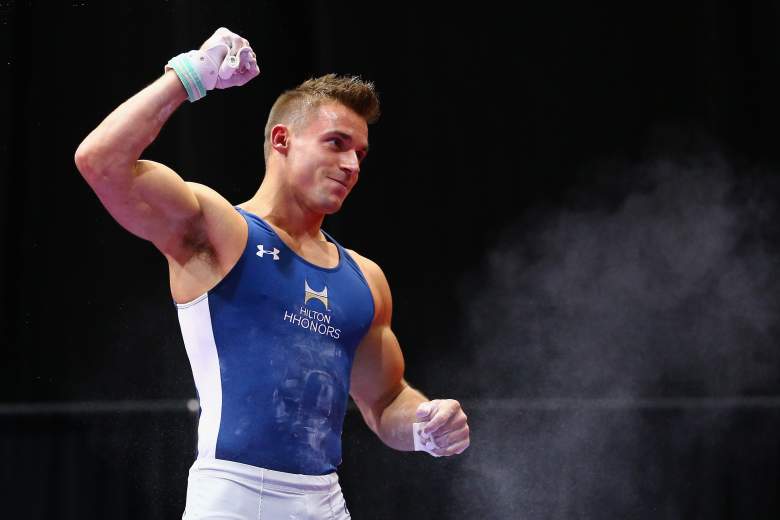 Two days after the U.S. Men’s Gymnastics team had a disappointing finish in the all-around team final, Sam Mikulak looks to medal in the men’s all-around individual final.

Mikulak made his first Olympic appearance in the 2012 London Olympics as a youthful 19-year-old. Since then, he has grown into a top medal contender in several events, with a personality that continues to make him a fan favorite.

Here is a look at Mikulak’s parents, and family life.

1. Both of His Parents Are Former Gymnasts

He has seen footage of his father competing, but not his mother, according to the Los Angeles Times.

“I don’t know if they had video of her, or maybe she just hasn’t shown me,” he told the paper. “He [Stephen] was competing at Cal and I could see so much of myself in him. I think that was the cool part.

“We look a lot alike … as far as that point of his life and the point I’m in right now. It was inspiring. My family has grown up around this sport and it’s definitely molded me into the person I am today. It’s in my blood.”

Mikulak is now considered the United States’ strongest and most consistent male gymnasts. He has earned four consecutive all-around national championship titles from 2013 to 2016.

2. His Dad, Stephen Is an Orthopedic Surgeon

You taught me to appreciate the small things in life while giving me every opportunity in the world, I love you! pic.twitter.com/2tKF6bIJwR

The 23-year-old gymnast told NBC that his dad has helped him throughout his career:

With my dad being an orthopedic surgeon he helped me quite a bit throughout my gymnastics career when it came to injuries that I sustained. He also would flip me around when I was a little kid and I credit my amazing air awareness to him for starting me off at such a young age.

Merry Christmas from the whole Mikulak family! Been years since we've all celebrated together 🎅🏼🌲👨‍👩‍👧‍👦 pic.twitter.com/V2syt391WK

Tina Mikulak is currently a gym coach at Scats Huntington Beach, which is where she and her son both learned gymnastics.

Mikulak told NBC that although his parents split, they are still a close family.

“My parents split but they still have a good relationship and made it very easy for my sister and I to make the transition,” he said to NBC.

4. His Whole Family Is in Rio to Watch Him Compete

Pops and I looking forward to day 2 of the #pgchamps2016 tomorrow! pic.twitter.com/hAcm96zSTW

Mikulak will have a large group of supporters cheering him on in Rio, according to NBC.

When asked who would be in attendance to support him at the games, he told NBC:

My Mom, Dad, Stepmom, Sister, Aunt, and Uncle. Also my high school friend base and a couple of their families. You can always spot them because they’ll have Team Sam tank tops to represent our Cali- vibes.

5. Mikulak Has Said He Hopes His Own Children Will Follow in His Footsteps

#tbt to when I was a cheerleader 😂 pic.twitter.com/37Ee4ELtCx

Mikulak has said that when he has his own children, he plans to enroll them in gymnastics lessons.