It’s her 16th birthday, and instead of celebrating with her friends, Kyla Pratt’s Penny Proud is trapped on a boring tropical vacation with her family. Things get interesting, though, when Dr. Carver—voiced by Arsenio Hall—unleashes his plans for clones to take over the world. Can the Proud Family save the day in this 2005 finale to the Disney television series by the same name?

Here’s how to stream The Proud Family Movie right now:

How to Stream ‘The Proud Family Movie’ – Exclusively on Disney+

The Proud Family is one of the classic animated Disney movies that will be streaming exclusively on Disney’s new subscription streaming service, Disney+.

You can sign up for Disney+ HERE, which will allow you to order Disney Plus then stream The Proud Family movie and hundreds of other movies and shows on your computer, phone, tablet, smart TV or streaming device. The service costs $6.99/month. You may also opt for this discount bundle of Disney+, Hulu and ESPN+ for $12.99/month.

How Long Is ‘The Proud Family Movie’?

It’s her 16th birthday, and instead of celebrating with her friends, Penny Proud has failed her driving test and is grounded for kissing the rapper Fifteen Cent. Now she’s trapped on an all-expenses-paid tropical vacation with her family—lured there by the mad scientist Dr. Carver, who wants the everlasting multiplying formula that Oscar Proud invented to make his Proud Snacks tastier. Things get interesting when Dr. Carver—great-great-grandson of George Washington Carver—unleashes his plans to take over the world with an army of cloned humanoid peanut warriors. Watch The Proud Family Movie online to find out how the Proud family comes together to save the world. 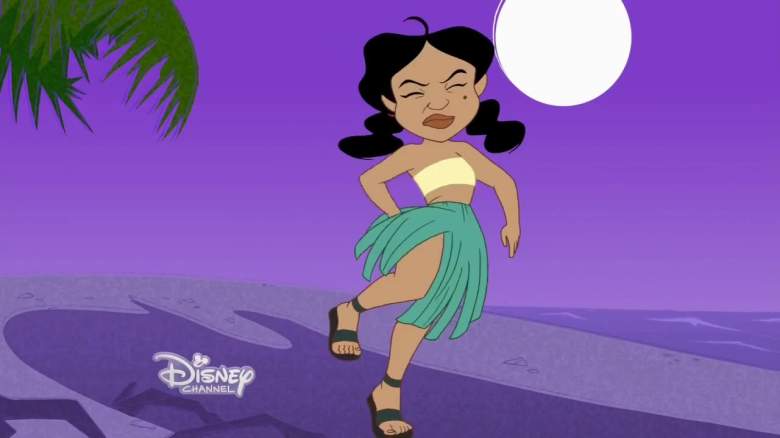 The voices in The Proud Family Movie may sound familiar to viewers—key cast members have acted for decades and in a number of well-known television series that parents might even remember from their own childhoods. Here are some of the main players.

Penny Proud is about to turn 16 and life couldn’t be more unbearable—she failed her driving test, her parents grounded her and canceled her party because they caught her kissing rapper Fifteen Cent, and now she’s stuck on vacation with her family. But her strength and determination save the day when her family and the world are in jeopardy. Pratt’s credits go back to the early ’90s, and she’s known for her role as Maya Doolittle in the Doctor Doolittle movies, The Proud Family Movie and TV series, and the TV series One on One.

Oscar Proud is the overprotective father of Penny and her two sisters. He’s also an inventor and creator of Proud Snacks, which make almost everyone sick. Davidson started as a standup comedian and is known for his various characters on the sketch comedy show In Living Color. He also voiced the character of Oscar Proud in The Proud Family show and two roles in the TV series Black Dynamite.

Dr. Trudy Parker-Proud is Penny’s nurturing but at times strict mother, Oscar’s wife, and a successful veterinarian. Parker’s credits go back to the early ’90s and include roles on numerous well-known television series including Family Time, Recovery Road, True Blood, and the comedy series The Weird Al Show and The Wayan Bros.

Suga Mama is Oscar’s sassy, hip mother. Payton’s credits include roles in the family-favorite television comedy series Perfect Strangers and Family Matters, in which she played mother Harriette Winslow from the late 1980s to late 1990s.

Sticky Webb is one of Penny’s best friends and cousin to the rapper Fifteen Cent. Brown is well known for his various roles in the TV series That’s So Raven and Family Matters and his 1995 role in the movie Major Payne.

Zoey Howzer is one of Penny’s best friends, a shy, nerdy redhead and the only non-Hispanic white character in The Proud Family show’s main cast. Frye is best known for starring as Punky Brewster in a TV series of the same name from 1984 to 1988, and as Roxie King in the series Sabrina, the Teenage Witch.

Dr. Carver is a mad scientist—the great-great-grandson of George Washington Carver—who lures the Proud family on a tropical island vacation in a plot to get Oscar’s everlasting multiplying formula. Bobby Proud is Oscar’s brother, a funky, small-time musician. Hall has decades of experience producing comedic TV series, including The Arsenio Hall Show from 1989 to 1994 and again from 2013 to 2014. He has acted in a number of movies and television series, including the late ’80s animated series The Real Ghostbusters. Hall’s character Dr. Carver was not part of the original Proud Family television series.

Fifteen Cent is a rapper and Penny’s love interest in The Proud Family Movie, in which she performs as a “Spare Change” backup dancer and singer for him. Omarion is an award-winning recording artist, producer and actor with dozens of credits spanning two decades, including appearances in numerous well-known television series.

‘The Proud Family Movie’ at the Box Office

The Proud Family Movie premiered on television in August 2005 and also hit the box office that fall. It hit fifth place in box office rankings but closed in November 2005, earning only $89.9 million worldwide.

‘The Proud Family Movie’ Reviews – What the Critics Said

Critics found The Proud Family Movie to have a “weird plot” that raises but doesn’t address some ethical questions and features some violence and consumerism but also the overall positive messages one expects in a Disney movie.

Where ‘The Proud Family Movie’ Fits in the Disney Movie Pantheon

The Proud Family Movie is the culmination of a five-year run of The Proud Family Disney animated series. Insider.com ranked it #17 on a list of the Top 50 Disney Channel Original Movies. Fans found the plot funny and enjoyed the movie as a strong way to end the television series.

The Proud Family Movie marked the end of a five-year run for the animated Disney television series on which it was based. Here’s what you need to know.

2. ‘The Proud Family Movie’ Took Inspiration From Other Well-Known Characters

It won’t take long for viewers to notice that Dr. Carver’s character looks a little like The Penguin from the Tim Burton film Batman Returns. And in case you didn’t already catch it, the character of Fifteen Cent parodies the real-life rapper 50 Cent.

3. You Can Finally See Wizard Kelly’s Face in ‘The Proud Family Movie’

4. Disney Released an Extended Ending For ‘The Proud Family Movie’

The Proud Family Movie may end on a high note, but there’s trouble in an extended ending released on DVD. In it, viewers see the Proud family three days after the story ends. Cashew—one of the humanoid nut clones who stowed away with the Prouds to see what being a family was like—is now part of the family back home. Penny has passed her driving test, and she drives through town advertising Oscar’s new Pork-Nut-o-Rade drink. Unfortunately, Puff turns into a monster after consuming the drink and chases the family around the world until they are saved by Suga Mama.

5. The Proud Family Is Making a Comeback on Disney+